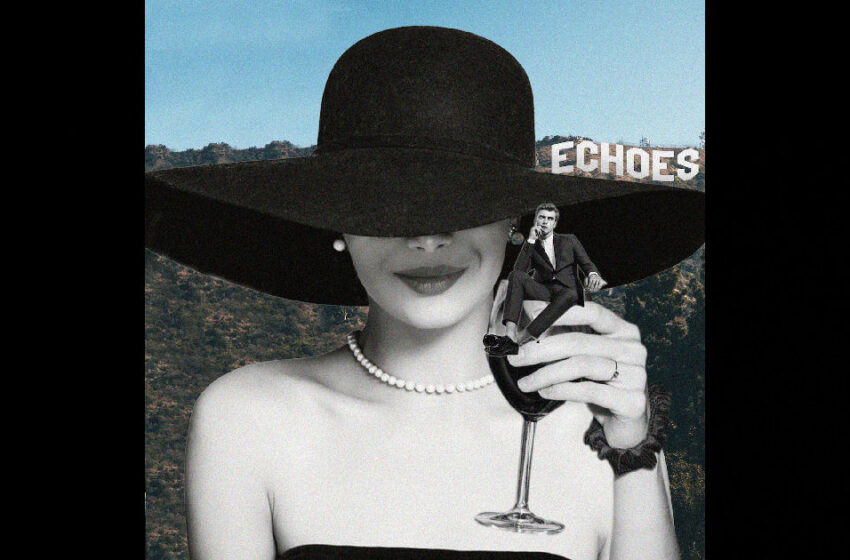 If I missed the first & second developments…can I still jump right into the third?  #AskingForAFriend

The truth is…none of us really know what Third Development is fully capable of…yet – even sounding as amazing as they do on this brand-new single called “Echoes,” this collaborative crew has such limitless possibilities ahead of them, it’d be impossible to simply predict that where they’ve started is where they’d end up too, you feel me?  A project like this is gonna evolve, grow, and expand in just about a million directions, has unlimited potential, and talent fueling its core from all over the globe – don’t get me wrong, I absolutely love what I hear on “Echoes” – I’m just sayin’ the sky ain’t anywhere near the limit for just how much a band like Third Development could theoretically go on to accomplish, that’s all.

Plus…with the positive attitude & mindset they’ve got for making music…the doors of opportunity have been cast open as wide as they could be for their future to follow.  Check this out…I pulled these quotes right from the official website…this will tell ya everything you pretty much need to know about the people behind the music here:  “If you’re in the business of making the world a better place, please contact Third Development to let us know how we can assist.  We also welcome any dialogue for further artist collaboration, radio play, soundtrack placements and global music initiatives for a connected planet.”  How beautiful is that?  It’s so well-intentioned…so friendly…so…nice!  Lemme tell ya…I wasn’t the least bit surprised that the roots of this project stem directly into our own backyard here…Third Development is listed as a Canadian band…hard to pin’em down much more specifically than that, but if you know where to look, you’ll see there’s a good chance they’re right where we are here in Ontario.  At least, I’m thinking that’s where Geoffrey James, the centerpiece & coordinator behind bringing Third Development together, is based out of…but shhhhh…you didn’t hear that from me.  In any event, Canada might very well be where it technically starts, but as you’ll see, hear, and learn about Third Development, that’s far from where it all stops – this project crosses borders all over the place online and adds in talented musicians from all over the globe.  You KNOW we love that here!  And to further the point I was making at the very beginning of this review, the addition of each unique player is bound to create authentic uniqueness in each and every tune…given that the door remains as wide open today as when Third Development first began, you’d have to assume that the possibilities for their music are endless, just as I claimed.  You listen to a track like “Echoes,” and you get the sense that it might be quite a while before you get a Metal tune out of Third Development…I’m just sayin’ – it’s still not impossible.

For this particular tune, Geoffrey is joined by singer Mila Sadé (USA), rapper Lucid Letters (UK), Kevin McMahon (UK) on the saxophone, and flute from Livia Schweizer (Helsinki).  As it glides into place with a mysterious low-end synth glow along with the superb instrumentation & vocals you’ll hear – it takes mere seconds on your way into “Echoes” to realize you’re on completely solid ground & listening to a cut that’s well worth your time…and it ain’t much further down the road where they’ll wow you all over again and you understand they’ve got tons of talent within this band capable of raising the stakes along the way.  From the highly effective switch between the sensationally soulful sound of Mila’s world-class vocals, to the spark provided by Lucid Letters when she takes over, all the way through to the impeccable instrumentation and sleek design of the songwriting…Third Development leaves you wanting absolutely nothing more than exactly what you find in this extraordinary hybrid collaboration.  It’s mesmerizing, it’s hypnotic…it’s like Zero 7 from back in the day…maybe a bit of something a bit more on the fringes of art like Hooverphonic in its creative ambitions and colorful vibes added in for a splash of color…compare it to whomever ya like folks – I just know what sounds great, and this is certainly that.  Not only are the lyrics smartly designed with clever word selection that hits the mark & creates an entirely separate hook of genuine interest in what they have to say throughout “Echoes” – but with the performance that Mila puts in here, she’s just a hair short of stealing the entire show.  Were it not for the remarkable balance of the strengths all-around in a song like this one, it’d be a much easier call – but that’s the reality here…not only is Mila an undeniable all-star, but she’s clearly surrounded by a whole bunch of’em when it comes to the contributing talents involved in making music in Third Development.  Sometimes it’d be the fantastic personality in the saxophone that stood out most…sometimes the way the flute chimed in at the perfect moment with such radiant tone…sometimes the brilliant bounce in the bass-lines at the heart of “Echoes,” the stunning background vocals, the confidence in the transition to Hip-Hop…no joke folks, everything you’ll hear not only works, it fits Third Development so well that it’s like they were somehow all born & destined to connect in order to create this very song you’ll hear.

How often do you listen to music where everything feels THIS much like it all belongs together, coming from this many different people, from this many different places, with this kind of array of instrumentation?  Not too many of ya are going to be able to raise your hand in response to that after you have a listen to “Echoes” – you’ll instantly recognize that there’s something significantly special goin’ on here in Third Development that’s entirely rare, and immaculately addictive.  “Echoes” has got a lil’ something for everyone…but perhaps even better, it plays with crossover sound so fluidly & smoothly that a track like this has the potential to open the minds of a whole lotta listeners out there in the process as it glides through its different styles & directions with staggering professionalism & genuinely captivating ideas beaming from the music to the microphone.  I’m all about it y’all – Third Development is bound to keep surprising us throughout the years with their creativity and limitless possibilities for the future to follow, and they sound absolutely freakin’ superb here on “Echoes” from start to finish, 100%.

Find out more about Third Development from the official website at:  https://thirddevelopment.com