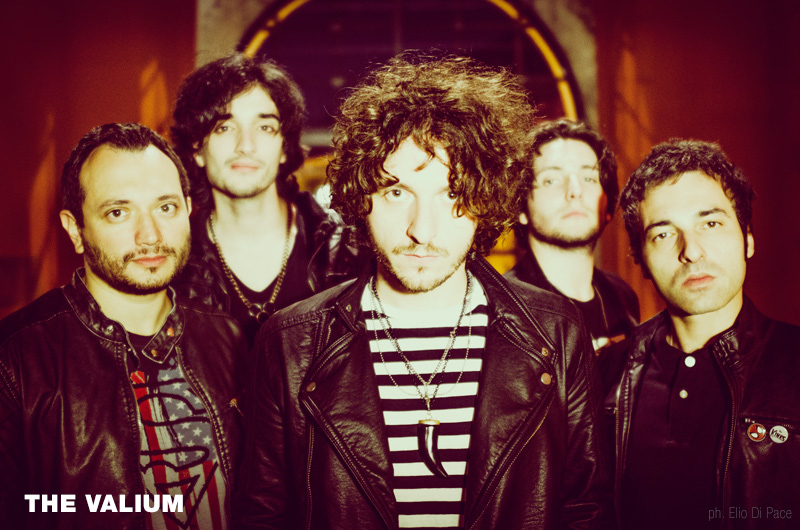 The Valium – “In My Life” – Single Review

In our modern-day search to go ‘viral’ as human-beings…one of the emerging official methods is to appeal to a celebrity direct…you can find a recent example from the Rockin’ 1000 and their plea to Dave Grohl and the Foo Fighters to come play a live show in Cesena, Italy, in an online video. You can see the initial request from 1000 drummers all pounding out “Learn To Fly” by the Foos…you can find Dave Grohl’s reaction…you can find the eventual final resolution even, with Dave sitting in a chair from the Cesena stage where they eventually did perform in response to all this. It was/IS…in my opinion…one of the most beautiful displays of genuine humanity reaching out to a place we once could not…and with the final result being a full concert from the Foo Fighters in Italy…it was a huge win for the human-connection in general on both sides of that fence. The event was proof-positive that in our world today, as people, we can reach out through the internet in ways we never once dreamed and connect to our heroes.

Though whether or not you necessarily need 1000 drummers or just need to make a whole lot of noise is the question that remains. Though there have been a few scattered hopes and requests online for celebrity attention, endorsement or acknowledgement…it still takes a Dave Grohl on the other side of that request for it to actually come to fruition.

Good lord! I’m here to talk about The Valium aren’t I? I bet you all think I’ve gotten so far side-tracked on this review that I’d never find my way back, don’t you? Well, well, well…I’ll show you for doubting my rants and ramblings…check these tie-ins out!

First of all…as many of you know…Dave Grohl happened to play once or twice with a guy some of you have heard of…he was in a band that had a few hits called The Beatles…okay…maybe more than a few hits both in The Beatles and on his own…Paul McCartney. So I’d have to assume…at the very least that if he and Grohl can hang together…that there’s gotta be a Grohl-esque kindness to McCartney as well. There’s that…hang on to that fact for a second…things get more clear in a moment’s time here…

Secondly…I can tell you that although I’m aware of a few other videos appealing to musicians…I’ve actually only looked up the location of two of them – the one from Cesena with the Rockin 1000, and the one from today from The Valium. Oddly enough, The Valium are ALSO from Italy…south I believe of Cesena in the Salerno area.

And thirdly…the main tie-in to all of this is the actual video from The Valium for their recent cover of “In My Life” by The Beatles…which has this band from Italy appealing to Paul McCartney in big bold letters of the title. So…there you go…my winding-story comes full-circle for you…that’s how this whole thing makes sense! Take a look at the video from The Valium right here below:

Like many of you out there that weren’t even born in their time, I grew up on The Beatles as much as anyone else. Of course referencing them as having a ‘few hits’ was sarcasm…there wasn’t any escaping their worldwide radio domination then…and there still isn’t now decades later. Nor would I…or many or us…ever want that to change…their songs are the bread & butter of life and the very blueprint for almost all-things-music even today when it comes to melody, creativity and innovation.

And it’s in saying that…that I think the Fab Four would have approved of what The Valium have put together here in their rock-filled cover of “In My Life.” The video adds a lot to this in my opinion…watching them tackle this through their performances leaves you pretty damn inspired – The Valium are right at home and loving LIFE in this video/song – you can HEAR it, you can SEE it, it’s all right there for you on full-display.

“In My Life” shows the band in a real highlight of their career…I feel like I can say that even with being mainly unfamiliar with the rest of what The Valium have put out there; again – you can both see & hear from their cover-tune and video for it that this is a band giving it the best of their best. And you know what else? Their best sounds really, really damn good.

Everything from the crispness of the drumbeats to the incredible guitars amping-up the energy on “In My Life” makes this updated version work extremely well and really move! Gotta say though…in any given song or cover by The Beatles…the magic is always going to reside in the melody of the song itself. I mean…don’t get me wrong, I’m a huge fan of A Perfect Circle, but listen to how they destroyed “Imagine” when they took the melody and heart out of it. Brutal. Nothing like that here on “In My Life” by The Valium…this cover retains every piece of the melody and through singer Marco Sabino, quite often finds new ways to enhance that melody and really make it shine bright with his confident performance. The overall tightness of this band is outstanding and The Valium really do this song justice with a cover that shows both respect to the original and enough slight-change to put their own sound & stamp on it.

The new video for “In My Life” by The Valium has been out less than a week and is already closing in on a solid 20,000 hits online. The word is spreading quickly and the band has a performance/video that is strong & worthy of backing any hype it may have…and all indications so far certainly point to a strong viral-presence that, if it keeps up, might just be strong enough to catch the attention of Sir Paul after all!

They got a whole new album coming very soon – stay connected & find out more about The Valium at their official page at: http://thevalium.com/

Tags: In My Life Music Video Singles sleepingbagstudios The Valium