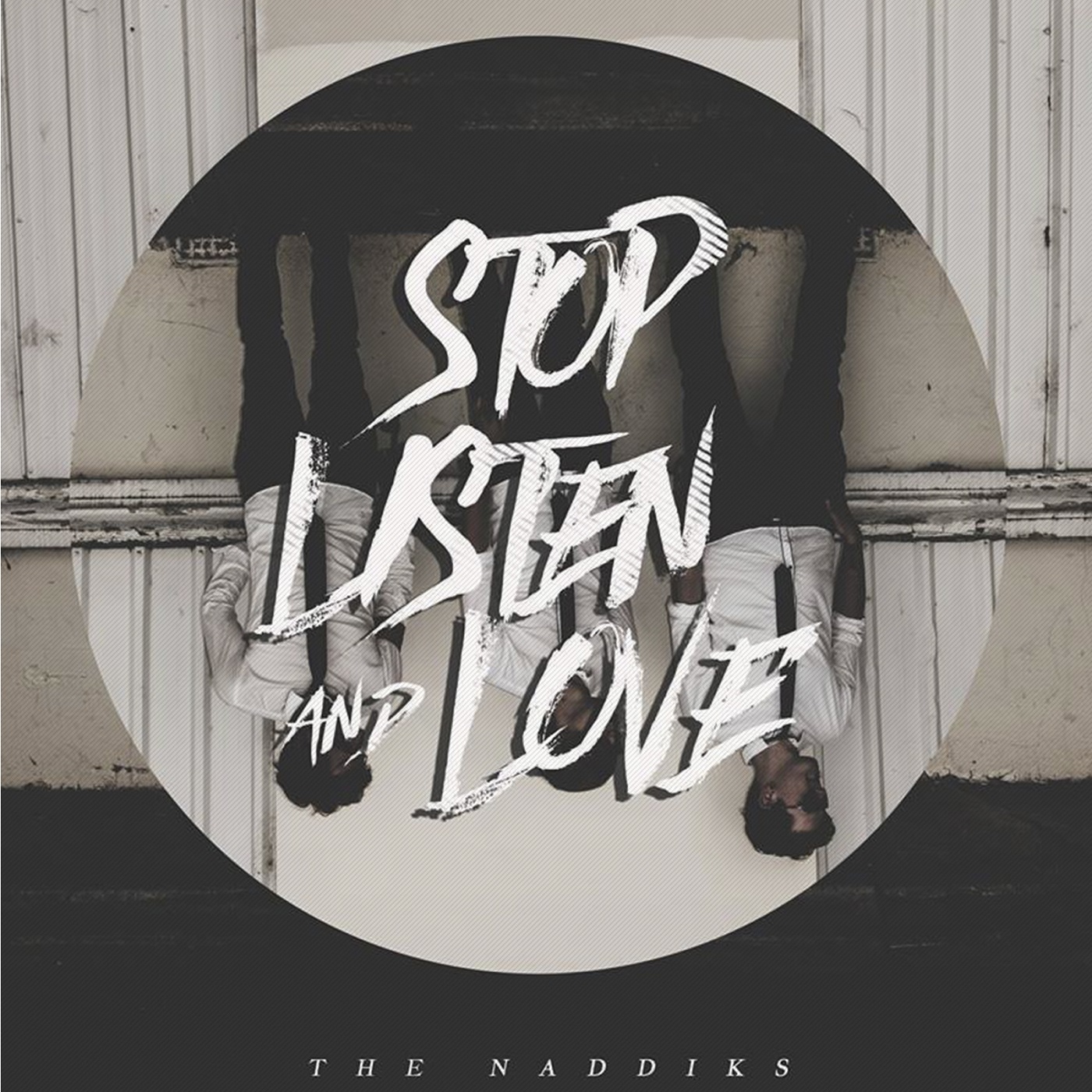 While there would be no denying that there are some rough-edges surrounding the music of The Naddiks…I’d also be willing to argue against anyone telling me there’s not something special happening in the music of this band. With two-songs written powerfully using gigantic dynamics to bring their own style of rock to a full-boil – The Naddiks might not be as refined in some ways in comparison to other bands of a similar sound…but I’d be willing to wager that this Australian band is already out-writing many of them. What you’ll hear on these two-singles is the hunger of a band on their rise to the spotlight…one embracing the energy in the moment with everything they’ve got. Beyond a shadow of a doubt – this band has mad-potential to get the most out of their ideas as their sound continues to refine itself and gain strength – but make no mistake, what we’ve already discovered through these first two self-released singles is plenty-strong as is.

We’ll start with “Heart Of Fire,” which is the first tune I turned on & turned up from The Naddiks. This first-single cuts QUICKLY, instantly making its mark with a big, big sound that breaks and gives-way to a bass-line that carries the rhythm of the verse. Inventive guitars jump & and out as it rolls through; and as fun as that sound becomes and as well as it works…there’s no denying that the power & full-force of “Heart Of Fire” is truly unleashed through the chorus just around the corner. You get a short sample of its strength at the very beginning of the track in that short burst before it breaks; think something similar to or along the lines of the way that “Smokers Outside The Hospital Doors” by The Editors explodes into bombastic musical-fireworks…very much of the same sound and energy to this uplifting, vivid sound from The Naddiks here. The guitars throughout the verse are so random…but so awesome when they pop in real quick…the notes might actually pass right by people in the sense that they really add strength to thicken the background but don’t overtake that bass-lead. For me…it was all about decorating their time like this…there are very clever twists in “Heart Of Fire” and as it builds towards the end – I’d personally swear that you’ll be filled with the same high-level of energy that The Naddiks are by the time around 3:18(ish) where they just can’t hold back the awesomeness any longer. With a single, simple expression of “Go!” – you can actually feel the vibrations of The Naddiks and the incredible frantic-energy that drives this tune.

“Heart Of Fire” is a huge, huge tune…though whether or not people will accept the vocals might take some convincing and some repeated listens to fully ‘get it.’ Together, they sound incredible…left to their own devices in a lead-part, The Naddiks don’t really make a typical approach by any means, but what impressed me was what an honest one it was. It kind of really led to how I really viewed The Naddiks overall…I don’t really see or hear this band trying to be anything they’re not – and to think that a song like “Heart Of Fire” could potentially reflect the raw & real of the power of the emotions within this band breaking-out once & for-all…that’s seriously impressive. Besides that…there are plenty of moments where I think that the vocals fit this perfectly well and wouldn’t remotely have them any other way; there’s a madness to them…but one that’s confident enough to really let them loose.

That led me to check into what exactly that reason might be…and as it turns out, there’s a strong reason as to why The Naddiks come out swinging so powerfully on “Heart Of Fire.” It really IS a song about not taking no for an answer when it comes to the pursuit of your dreams – about pushing past the people, comments, slings & arrows all coming your way that might make you stop to doubt just how incredible you could potentially BE and firing at life with your very best shot. Nothing but respect for that and it really goes a long way to explaining the wildness in the energy and attitude in The Naddiks – big ups to you guys!

“Stop&Listen.Love” also runs deep thematically-speaking as it ambitiously aims to raise awareness to the relationship between antisocial behaviours and the effects of cyber-bullying. You’ll have to forgive me as “Stop&Listen.Love” was actually the first single-released…so timeline-wise we’re heading back a step in their history just a tiny bit – but their toilets flush backwards, so I figure we’re even aren’t we?

While I think overall that “Stop&Listen.Love” might not make quite the impact that a single like “Heart Of Fire” will by the time all is said & done & promoted…I do think there are some recognizable qualities in this tune that are more than worthy of a mention. First stop – the backing vocals! With a sweet female-backing, The Naddiks really find a gentle-threshold to their inspired-rock sound that doesn’t take away their edge but manages to enhance it subtly. Loved that. Secondly – I’d point you towards how this song has one of those combinations where I feel like the verse outshines the chorus…but that for some reason, I’m gonna give this move a massive thumbs-up here even though I often cite that as a step backwards in many reviews for many songs that attempt the method. The bass/drum/guitar combo sets a really pensive, controlled-energy that sounds focused, yet still has that touch of The Naddik’s hint at the explosion to come…

I enjoyed both of the two-part serving that they so cleverly hand over in the first two-minutes & thirty seconds of “Stop.Listen&Love” – but they still have yet another ace up their sleeve and another magical switch to pull, flipping them into an entirely new-gear as the song bursts open towards the end. The passion in the vocals comes ripping out, a spaced-out sounding guitar solo-rips out soaring into the music…and then perhaps my favourite of ALL things I’ve heard on these two songs, right at the very final moments…

…some of you might call me crazy for this one…

…but from my experience with Australian music…well, rock-music to be specific…I’ve often found a parallel and comparison to what happens in our own Canadian-legends/music of The Tragically Hip. For those familiar with it…you’ll appreciate the final moments of the vocals on “Stop.Listen&Love” just as much as I did myself – it’s a certifiable Gord Downie-esque verbal-wander into surreal-awesomeness of which you’ll never quite follow but always want to hear MORE of. The end of “Stop.Listen&Love” and its final ninety-seconds are every bit as powerful as the maximum-heights that the intensity of “Heart Of Fire” reaches and a complete confirmation that there is a huge heartbeat that drives this band’s music. These songs all come from a radiantly real & beautiful place…and those rough-edges I referred to in the intro of this review become something incredibly humanizing by the end of the experience listening to The Naddiks. Every emotion you’ll hear in these songs is a sincere & startlingly-real one…and it’s that raw-energy and personal-connection to their music & intentions that will completely lead this band to success.