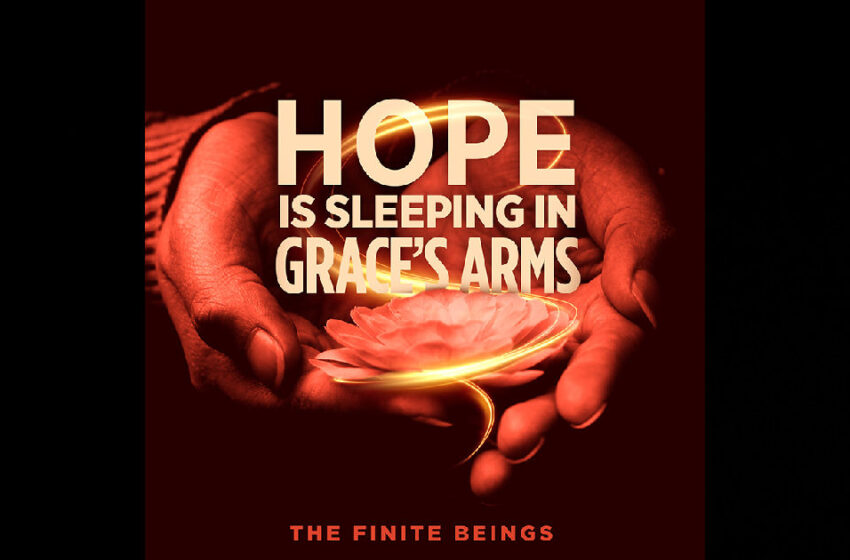 …this is the same band outta New Jersey that I reviewed before, right?  Just double checking…

While it’s definitely nice to have established myself as one of the few reviewers out there in this world willing to keep it real with ya, I wish I could tell ya that it wasn’t exhausting at times.  I don’t wanna be the bearer of bad news if I can avoid it…I think my seven & a half regular readers here know that, but it’s always something I like to make clear.  I’m honest – but I ain’t mean…I want everyone out there to be the best version of themselves that they can be.  All I can do is call things like I hear them at the end of the day, pass or fail, and let the chips fall where they may.  As to whether or not my opinion carries any weight whatsoever with any artist, or band, or YOU the readers out there…that’s all out of my control – but I’d be the first to tell ya I’m just one normal dude with the same ears you’ve got.

Anyhow.  The Finite Beings.  They’ve got themselves a new single out there.  You might remember them from last year in 2021, way back when I was reviewing them here on our pages for a single called “The Shade” & also spilling a few details on another cut they had out around the same time called “The Virus” in the process.  These guys were rockin’ in the right direction, and I was gushing about all that…The Finite Beings were on solid ground, and to be fair to the band, ultimately, I still really feel the same way.

The question becomes…at least this time around…how do they feel about applause?  Because they’ll get it with their new single “Hope Is Sleeping In Grace’s Arms” – I don’t have much doubt about that.  That being said, I’ve been to a great many shows…and I’ve seen & heard a whole lotta things in this lifetime – people are pretty nice when it comes right down to it, and if you play’em a song, they’re probably gonna clap when it all wraps up.  Is that the same thing as ranting & raving over a song?  Probably not if I’m being 100% honest with ya…it’s a sign of respect, it’s a way to say thank-you, it’s just the plain ol’ nice thing to do.  It’s no different than when you ask your family & friends what they think of the latest song you wrote, and lo & behold, everyone’s got stellar things to say like “good song” and “sounds great” – that kind of friendly, middle of the road commentary from folks you know that clearly want to keep your feelings intact.  If The Finite Beings told me right now that they’ve actually heard many comments like that regarding “Hope Is Sleeping In Grace’s Arms,” I’d be the first to believe’em…because that tracks.  I’m not quite sure what else could be said here…it’s a good song that does sound great…but I don’t think they’ve got something that the people are gonna rush back to for another spin the moment it’s all over.

My gut is tellin’ me they’re in for a real uphill battle with this song.  First & foremost…if we’re talkin’ about the traditional sense of what a single contains…fellas…where’s all that good stuff to hook us in here?  I have to hold anyone to the standards they’ve proven to be capable of…a song doesn’t need to rock as hard as “The Shade” did to get a passing grade…but a single has gotta have some tangible hooks in the mix somewhere along the line…that moment where we can’t help but want to check out the rest of the catalog as a result of what we heard – just like “The Shade” did before, leading me to “The Virus” – make sense?  I’ve been doing what I’ve been doing so long now that I ain’t gonna lie to ya – I saw the title, and I instantly felt that pang of fear…I figured the guys in The Finite Beings would be up against a tough sell here with this new song.  Think of it this way – 95% of the songs you’ll ever hear in this lifetime practically get their title directly from the main hooks in the chorus…and now give it a shot without having pushed play yet…hum along to “Hope Is Sleeping In Grace’s Arms” and tell me what you come up with.  At the very least, you get my point – it’s not easy to make a hook outta that; it’s difficult.  I’m not saying impossible, but tougher than perhaps it needs to be.  So then you hope for a situation whereby the band ended up out-writing themselves…like, maybe the verse came out stronger than the chorus did – because that can happen from time to time, and that can be a good thing too.  But that wasn’t really the case here either.  “Hope Is Sleeping In Grace’s Arms” is above a flat-line, yes…but it’s like we’re somewhat searching for the pulse of this song in real time along with The Finite Beings – and I’m not so sure that’s what you want out there in terms of a song meant to draw the people in.  Their musicianship remains the main highlight – like, I love the solo past the three minute mark…and again, to be fair to the band, I felt like the last minute & a half seemed like it was finding the right spark of inspiration…but that’s a large ask in a song that’s nearly five minutes long y’all.  Mid-tempo is one of the hardest roads to roll smoothly on when it comes to what people are looking for in a single-worthy tune; “Hope Is Sleeping In Grace’s Arms” never gets goin’ too fast, and it ain’t ever quite slow enough to be a slow song either.  So in many ways…yeah…I kind of have to look at this like The Finite Beings have stacked the odds against themselves when it comes to this particular cut.  The production shines…the vocals are good…the instrumentation is as solid as you’d expect from a band that has the skills they have – but the material is spread a bit on the thin side with “Hope Is Sleeping In Grace’s Arms” to warrant something nearly five minutes long.  For myself personally, I felt like it wasn’t until just prior to the three minute mark where they really got me paying attention and interested – the harmonies are fantastic in that moment, and you get the solo right afterwards…those were the real highlights for me.  There are great melodic & gritty tones from the guitar, the backing vocals are a crucial contribution to this song as well, the bass is steady, stoic & well played, and there are moments from the drums that really stand out too…but it really felt like The Finite Beings are missing something in this opportunity & in this song somewhere…that essential reason to send us rushing to return to the song.  They’ve got the right pieces in this band, and they’ve proven that in the past already…life is full of peaks & valleys, and the same is true of music as well…The Finite Beings are still executing at a high level and playing on a unified front without a doubt, it’s the new material that needs to catch up to their past standards in the case of their latest cut.

Find out more about The Finite Beings from their main site at:  https://www.thefinitebeings.com