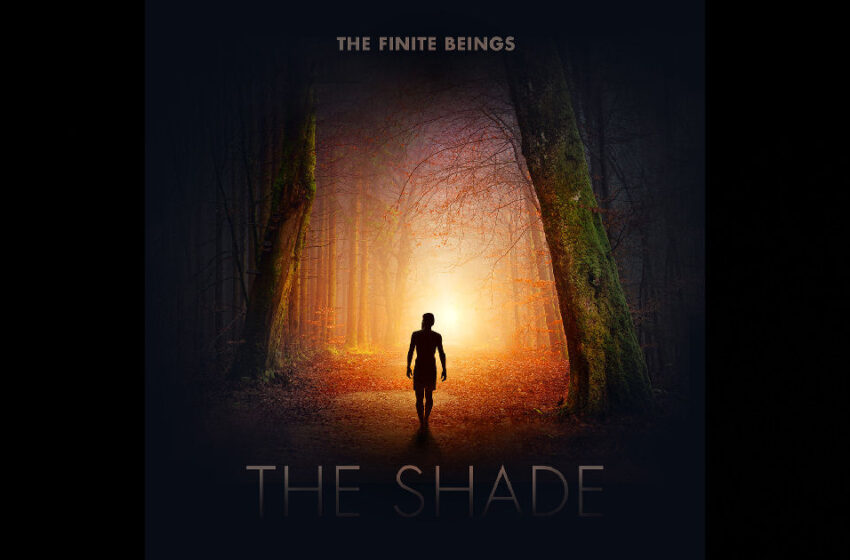 Might just have to adopt The Finite Beings here in Canada with such a distinctly Canadian vibe goin’ on!

I’m all about this cut.  I was a little devastated for a moment trying to figure out who the heck it was that they reminded me of while I was listening…that…immaculate punch to the spark of their single “The Shade” was so close to something by comparison…the whole design really…and I felt like it was gonna escape me for a moment there, until it finally dawned on me.  Was it as simple as the brilliantly dark melody of the intense parts at the end of the chorus & how that would remind us of Alice In Chains, most specifically the vocals on the Dirt record?  It seemed like it could have been that at first…and I felt myself giving in for a moment…maybe that was all it was…but it kept nagging at me – there was something so much closer to the sound of The Finite Beings that I was certain I could compare the overall sound to…  Was it the heavy grind & groove of the band combined being similar to the heavy melodic nature of the latter half of Soundgarden’s career?  Because sure, that’d be fair too…but that didn’t seem like it either…it was something about the vocals of Mike Nicholas and how they fit with such a deadly, silky smooth sound on top of such hard-hitting & dynamic music rumbling underneath…

…it was I Mother Earth, unmistakably.  Go on…I’ll wait if you wanna confirm that for yourself.  Check out records like Scenery & Fish and Dig – the early stuff with Edwin could be a distant cousin to a track like “The Shade” – and the stunning power & control they display in their musicianship echoes some of IME’s best complexities and the stellar songwriting that they put into their Edwin-less albums like Blue Green Orange and The Quicksilver Meat Dream later on in the second-life of that Canadian band’s career.  In any event, same dealio – if you look at the timeline of something like Scenery & Fish in relation to Soundgarden’s Superunknown and Alice In Chains’ Dirt…I mean, I’m not looking this up right now myself but I’m sure all those records are probably within about 2-5 years of each other when they first got released.  It’s a very tried, tested & true mid 90s style they’re rocking with, and every one of those names I’ve cited in comparison to what The Finite Beings sound like has them sitting with some of the best company still residing firmly on my playlists to this day.  Which again, is why I was so freakin’ frustrated trying to scan my brain for the ultimate answer in I Mother Earth, because those guys rest near the very top for me at all times pretty much – I have no clue if that band & their music ever made it as far down south as New Jersey from here in Canada, but I’d suspect they didn’t…like the rest of our music – suffice it to say, The Finite Beings are rockin’ with what I’d consider to be one of the gold-standards of real Canadian sound & keeping great company.  I’ll wrap up my tangent on all this by simply saying to my fellow Canadian brethren reading this, that if it was the Edwin days you used to love most, and you’ve pining for’em to come back & you still miss that gripping Alt sound – The Finite Beings will slide right in there and continue on where that story left off.

This is all a very long winded way of me saying I’m incredibly excited about what I hear in these guys.  You all get that right?  Microphone check?  New Jersey has never sounded THIS awesome before, has it?

“I peek through…I see things…just as they are…”  I do too homies…and I’ll tell ya with certainty I like what I see from The Finite Beings nearly just as much as what I hear from them!  Reading about their story and what’s formed the core of this trio in their individual bios online, and how they’ve all directly cited what it is they want out of The Finite Beings & what they can personally bring to it…I mean, you can visually SEE the dedicated passion, interest, and investment they’ve made just as much as you can hear it in every ticking second of a song like “The Shade.”  Take it to heart y’all – I read through this kind of stuff all day long, every single day of my life – and everything I can see on their pages confirms that The Finite Beings have got the juice, skills, and talent to make it, just as much as the sound of their music does.  For real…I mean…they almost seem so professional that I’m reigning myself in from using curse words here, but I’m excited AF about these guys, you feel me?  Right from the drop of moment one on “The Shade,” you can hear the killer melody of the guitars from Hunter Kino and how he sets up Mike to work his magic…you hear the domino effect continue, and how all this inspires the drums of Nicholas & the rumble of Donny Depaola’s bass-lines as the song builds to a roiling boil.  There’s not an inch of this cut that’s outta place whatsoever…they’ve got an absolutely magnificently tight & innovative single on their hands here without question.  I might have cited comparisons, yes – but make no mistake, when it comes to the resulting combination of sound overall, The Finite Beings prove they’ve got a hybrid vibe of their own that could take them in multiple directions – and on “The Shade,” they’re already using their versatility in that regard to their utmost advantage.  From the loud/quiet dynamics so brilliantly deployed, demonstrated, and detonated, to the instrumentation & musicianship in this band on display through the extremely clever structuring of “The Shade” and its flexible pace, to the vocals bouncing us between the dimensions of light & dark flawlessly without flinching – they’ve got everything they need to succeed in The Finite Beings, and a single like this with such quality speaks volumes on behalf of what they can do, in addition to fully revealing what they’d be capable of in the future to come as well.  Keep in mind, their last tunes…these latest singles they’ve released called “The Virus” and this one here “The Shade” were created during pandemic times after the world shut down…and if they can accomplish a cut that’s this massive, enticing, and involved while under those kind of restrictions & with that many obstacles in their way…like…c’mon…when they get back out there live together, they’re gonna 100% melt venues straight to the ground with the heat they’ll bring to the stage once everything is back open.

Solid lyricism, wild musicianship & vocals…I mean, it’s the sound of pure dedication & genuine passion y’all, that’s really what you’re hearing – The Finite Beings are impeccably focused, bring remarkable songwriting & stellar execution to what they’re creating, and clearly have all the right pieces in place to make their mark in music a permanent one.  I’m stoked on “The Shade” to say the very least – these guys have all the right instincts & electrifying talent it takes to make music that’ll shake the walls as they rumble their way up to number one on charts & playlists all around the world – from New Jersey even (!) – in my opinion, they’ve got something savagely special started up here we should all be excited about.

Find out more about The Finite Beings at their official website at:  https://www.thefinitebeings.com