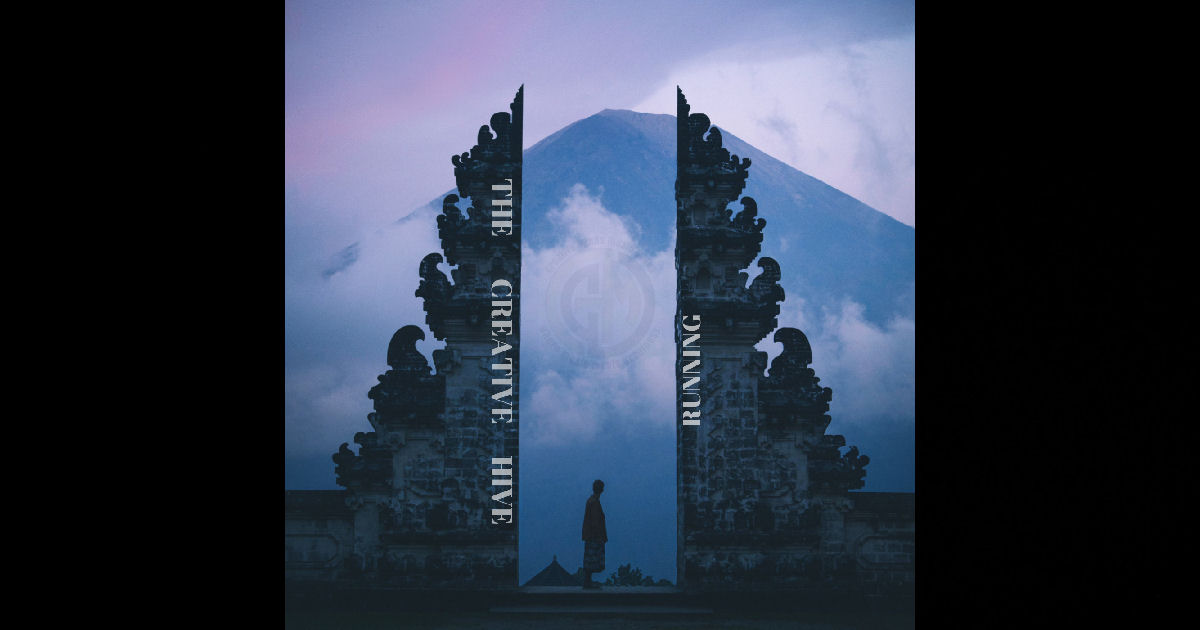 Well right on, right on – full salute to this crew right here, The Creative Hive is a group built of military veterans from the Marine Corps & the Army – as always, much respect & many thanks for your service.

Now these vets are serving in a whole different way – they’re servin’ up big beats & bars ice cold is what they’re servin’ – believe that.  I’ve got three of their singles here in review…they definitely prove they’ve got a verifiable second career in bustin’ rhymes…The Creative Hive work with dynamic vocals & music that makes an impact.  Confident as it gets, highly-skilled, and more than capable of creating hooks that’ll pull you right in…I mean…sounds & seems like things are fully buzzin’ in The Creative Hive.

Dig the ice-like atmosphere that “King’s Vision” starts out with & I love the vocals drifting through the background – and with an old-school Hip-Hop scream to set it off, The Creative Hive comes out swinging with BIG sound and supercharged energy on the m-i-c.  Solid build-up though, no doubt about it – and listening to The Creative Hive bust into the bars with such precision & confidence right from the drop will fill YOU with confidence in return – this is a crew with cuts you’ll wanna turn up.  “King’s Vision” puts a ton of the assets in The Creative Hive on display right away…you got thought-provoking rhymes, you got beats that have the spark & uniqueness to stand out, you got serious personality, character, & charisma on the mic, and you’ve also got hooks coming through the way this single moves so slickly.  They’re working with interesting textures & sounds right off the bat though…spinning through these singles several times, I can tell ya first hand, every time that “King’s Vision” came on, it was more than welcome…the intro is massively enticing.  The difference between this particular cut and the other two to follow by comparison, is that “King’s Vision” contains a much more complex & longer hook, but also verses that tend to outshine the main hooks of the chorus.  As you experience these three cuts, I’m pretty much certain that all three will connect immediately on some level or another – when it comes to “King’s Vision,” it’s the lively spark of the emcees at work that brilliantly bring this song to life, and like, from the literal moment that the rap begins…that’s the impact that moment makes, it’s huge, and it’s memorable.  Was just random that this was the first cut I put on by The Creative Hive, but definitely an excellent first impression and in my opinion, arguably the best cut in the set for the merits of its consistency between the parts of this song and how well it all goes together; that being said, I know that the hooks of “Running” and “Spirits” are also likely to snag people more quickly on this first experience.  All I’m saying is, for me personally, I’d put “King’s Vision” right up there with these other two singles when it comes right down to it…I think the other two might be easier to absorb, but I think the quality in the composition & performance of this first cut still reveals The Creative Hive is firing on all cylinders.

I ain’t gonna lie to ya, I found something worth listening to on every one of these singles, but “Running” probably has my vote as their most accessible cut.  The Creative Hive clearly has good ideas – I think they translate well on each of these songs really, but when it comes to what the people will latch onto out there, there’s a solid chance that “Running” will be their number one choice.  Not too much of a switch occurring on this one track in comparison to how The Creative Hive handled their other two cuts – it more or less comes down to a more identifiable hook that people would be able to turn up & sing along with, that’s the advantage “Running” has over the other two.  “King’s Vision” is probably a bit more complex & involved than your typical single might be, “Spirits” to follow has bold hooks that stand out, but also a more artistic design to go with it, which can sometimes prove challenging for listeners.  “Running” is like that good-good third bowl of porridge y’all – everything about this is just RIGHT.  The lyrical flow is awesome, straight-up…I mean it is in “King’s Vision” too, don’t get me wrong, the rap is on-point when it comes to The Creative Hive – all I’m saying is that you can hear them right in the moment here.  Not only that, but if you’re listening closely, you’ll hear quite a bit about the history, story, and scenarios that have led this group of veterans to do what they’re doing today…so while you’ve got something wicked to turn up on the surface, the more you dig into “Running,” the more you’ll get an idea of what The Creative Hive & their purpose in the collective at the Creative Minds Music Group (C.M.M.G.) is really all about.  Listen to the way they move with the music, listen to how they use the dynamics of the sound surrounding them to their advantage and get the most of the intensity, tension, and hooks on “Running” – you add in the depth & realness that comes through the lyrics, and it all adds up to a single-worthy experience, especially considering the music itself has enough personality alone!  No weak points here…the words are excellent, the vocals deserve an award for personality & charisma, the hooks are strong, and the music is just as compelling as the rest is…it’s all about balance on “Running” and The Creative Hive continually flex finesse & style on this second single in the mix here.

As far as what the people will dig…I’d be willing to bet that “Spirits” will give “Running” a run for its money…definitely a solid chance that this final cut will be the favorite for a few people out there too, because the hook on this cut comes out so freakin’ strong while they’re wild’n’out at the same time.  Verses are awesome on “Spirits” – this is where you get that real sense of it’s not just what’s being said, but HOW it’s being said, the verbal intensity and gritty tone on the bars of this single really steal the show.  I mean, the hooks you’re gonna find here in the chorus and the way the backing & lead-vocals interact are probably going to take the top prize for what people remember about this cut – at first; in my heart of hearts, I can only hope they’ll keep on spinning “Spirits” and absorb the rest by default – because they’re definitely crushing it once again on this last cut.  I think as rappers, whenever you take that time to make sure the words have punch, emphasis, and their meanings enhanced by the dynamics of the music, the tone of their voice, or the personality added by the backing vocals, it can make all the difference in the world to us as listeners, know what I mean?  It’s not just as simple as stringing a whole bunch of words together like so many people still assume…it’s more than that, it’s about precision, swagger, style…cadence…how you frame the lyrics and spit the words…The Creative Hive really gets this.  So ultimately, personality reigns supreme on “Spirits” and this crew reveals they’ve got the creativity and freedom to get as wild with it as they want to, committing hard to an idea that’s more on the fringe of this set than the other two cuts in terms of composition.  I felt like they pulled out a solid win with “Spirits” – these hooks are gigantic, the verses are still strong too, but at the end of the day, it’s the personality on display that people are going to remember from this cut, and the wild chorus where it tends to be revealed the most.  No doubt that it’s a memorable jam though…this is solid stuff all-around.

I mean really, aside from what’s clearly a low-end driven sound that’ll have to be carefully maintained, I’d say The Creative Hive is buzzing with strong material and a clearly dedicated crew.  They’re going for BIG BIG sound on these singles…and like I was saying, they’re gonna watch those low-end thresholds in production, because it’s gonna be tough time after time to harness the power of these beats to a level that the average system can handle.  But maybe that’s part of the point…maybe the ‘system’ can’t handle this crew at all – maybe The Creative Hive is here to prove it’s time to upgrade the entire Rap game!  Time will tell, that’s for sure – but they’re on the right path, no doubt.  Right now what I can tell ya for sure is they’ve got something solid started up, material worth believing in, and all the right pieces of the puzzle to succeed in this music thang…stoked to hear how the C.M.M.G. thrives in the scene over the years to come & hear The Creative Hive find their way to the top of the charts & playlists out there.

Find out more about the Creative Minds Music Group at their official page at Facebook here:  https://www.facebook.com/CreativeMindsMusicGroupLLC