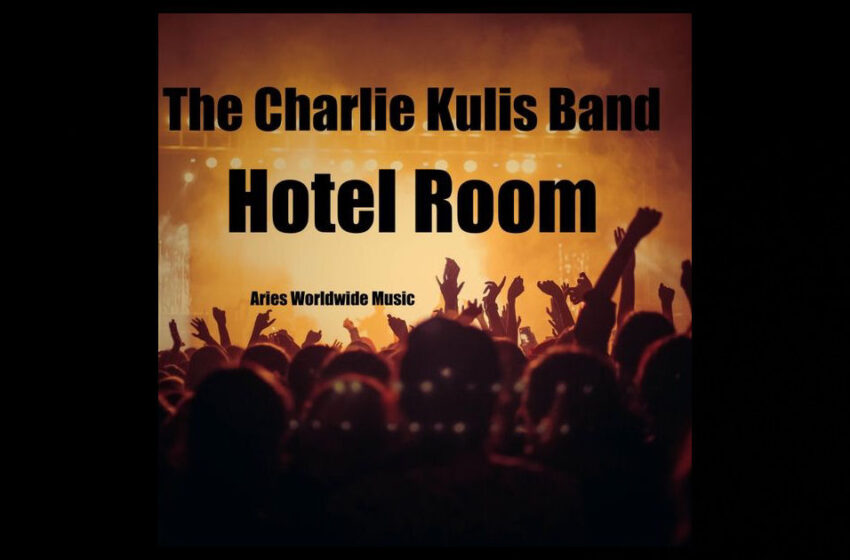 If one thing is abundantly clear after listening to The Charlie Kulis Band’s new single “Hotel Room,” it’s that I sure need to get out a whole lot more.  And YES…I’m referring to life pre-lockdown & isolation – I’ve always been in that state to begin with and I suppose that’s the point I’m trying to make here; this new video & song might be a reminder of what life was like in pre-Covid days, but it’s also still radiantly apparent that I haven’t been partying even 1/10th as hard as The Charlie Kulis Band has been.  So saddle up & get ready to take the ride folks – we’re heading back into the land of Country music via the sound & style of The CKB & their latest single/video for “Hotel Room” to remember what the good times were like.  “Hotel Room” will bring the party to YOU in a time where we’re all stuck inside of our own minds.

And if it seems like the name sounds familiar, that’d be because we reviewed The Charlie Kulis Band back in August of this very year here, for a song called “Come And Getcha Some” from their Twisted EP.  Obviously this crew is having a stellar year so far; not only did they severely beat the odds and impress a guy like myself that’s usually found far outside of the Country realm, but the EP was really well received online from what I can tell, and this brand-new single ain’t even on it!  It’s always a good sign when you can tell the inspiration & passion are in action & full-bloom – The CKB are clearly seizing the momentum & ready to take it to the limit; hence we get all kinds of new tunes & videos in the process – a win for all!

Alrighty…so…”Hotel Room” – comes out officially on October 19th just two slumbers away in dreamland for the majority of us around the world by the time this review is published.  I can also definitively tell ya that, yep, once again, The Charlie Kulis Band has gotten through to yours truly – I dig the vibes this band creates.  I know last time around I pointed out that they kinda reached me through what’s almost like an Everclear style approach to Country music…I both stand by that comment still & felt like it applied this time around as well.  You just can’t beat the addictive sound of the vocals in this band and how bright & syrupy sweet these hooks come out…that’s where the main similarity between the two bands from entirely alternate universes seems to come into play if you ask me.  Regardless of what it is you feel like you identify with, whether it’s the playful party vibes detailed in the lyricism, the stellar musicianship consistently on display, or those highly addictive vocals they’ve got workin’ so well for them – one way or the other, what I really find myself appreciating about The CKB is that they have multiple gateways into their music that are bound to appeal to a mammoth range of people & potential listeners out there.

I mean look, The CKB is just about as unapologetically new-school Country as it gets, but in my opinion, that’s gonna majorly play to their advantage.  They play extremely well together – this is a seriously tight band, and they execute with professionalism & passion distributed in perfect tandem.  By branching out & embracing that modern-style, they’re clearly able to reach out to the fringes of the genre & lean hard in Pop & Rock-infused influences, which ends up giving you quite the array of style & sound combined when all is said & done, as evidenced by the new single “Hotel Room.”  I also think attitude & energy count for a ton in the appealing vibes & warm invitation to continue the party into the late hours in the “Hotel Room” of The Charlie Kulis Band – the whole track is wonderfully upbeat and welcoming.  Call me crazy, but I’d imagine that’s pretty much the exact description of the blueprint on what they were goin’ for with this tune…”Hotel Room” is the kind of song that sparkles & shines with relentlessly appealing hooks and a combination of vocals & instrumentation that put the magic of melody of music right there on display in the spotlight for all to hear.  It’s FUN – and from my experience so far, that seems to be a huge part of what’s making the music of The Charlie Kulis Band connect with the people out there, certainly including myself.  The songwriting is spot-on, the performances give “Hotel Room” oodles of personality from the music to the microphone, and all-in-all, you gotta admire the good-time vibes that this band has so masterfully created – you’d have to be a statue made of stone to resist turning this up.  The guitar supports the melody perfectly…the solo is awesome, the bass is lively, the drums are solid – and bonus points for the energy of the lead-vocals & harmonies in the hooks – The Charlie Kulis Band is proving they’ve got material that hits the mark like Robin Hood can split an arrow.  Delivering another dose of irresistible music that’s sure to keep the party goin’ strong wherever you are, join The CKB as they warm up the fall season with their bright & bold sounds of their stunning new single “Hotel Room.”

Listen to The Charlie Kulis Band at Spotify here:  https://open.spotify.com/artist/71BggTPQpKDUJqnI77gV0W