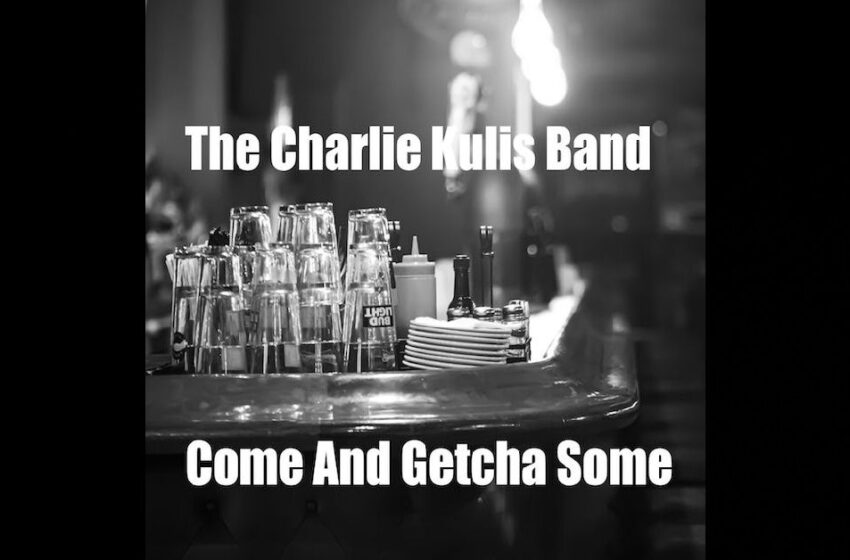 The Charlie Kulis Band – “Come And Getcha Some” – Single Review

From the brand-new record called Twisted, we’ve got the lead-single/opening track “Come And Getcha Some” here in review today – and…well…I might just have to cross over to the other side of the fence for a moment here & break my ‘normal’ character…whatever we all might consider that to be at this point.  There really isn’t a ‘character’ to be broken…I’ve always claimed that good tunes in any genre are exactly that…and I’ve always believed in the power of passion can translate in several ways.  Hence here I am, sitting here typing this as the kid that grew up Grunge, now having to readily admit yet again, that I’m digging a Country tune of some sort.  When things are done right, what else can you do?  I’ve never criticized a band or artist out there in the scene for not adhering to whatever my own personal taste is – in fact, I like to think I’ve always left the door open a crack for bands like The Charlie Kulis Band to walk right in & feel comfortable.  I’ve got plenty of room for great music on my playlists, always, in any style.

It’s all about focus…it’s about quality songwriting…it’s about execution…and by God it sure helps if ya sound good too – and The Charlie Kulis Band seems to have all of these qualities intact & shining in their music.  I cannot even begin to express the value in putting your head down, doing the work, giving each and every moment everything you got, paying that extra attention to detail, and rounding out all the edges to a smooth & stunning sheen when it comes to creating a single of any kind to begin with – but the extra bonus in executing all this stuff with your absolute A-game, is that you CAN reach people like me.  While Country might be pretty far removed from what I’d consider my own go-to genres out there in the scene – I’ve certainly learned over the years to listen, and to hear where a band or artist is coming from…I listen for sincerity, passion, emotion, songwriting…and again, you can 100% hear on “Come And Getcha Some” that The Charlie Kulis Band puts a solid checkmark into every one of these categories.  So as much as my Grunge-tendencies try to flare up and resist something as catchy & cool as this single is – when it comes right down to it, The Charlie Kulis Band has done all the right things to get us ALL onboard their bandwagon and hitchin’ a ride.  I’ve personally listened to Twisted in-full more than a couple times – okay, okay, okay…maybe more than that and more than a guy raised in Grunge might be ready to admit still…but the POINT is…I can vouch firsthand for a ton of extremely well done tunes on their new album that rival the fun, spark, and inspired sound you’ll hear in the hooks of “Come And Getcha Some.”  Though don’t get me wrong either – they’ve nailed it in choosing this song as the single & gateway in.

Here’s what you might not expect though – I’ve come packing comparisons…and they might not be the typical ones you’d think of by any stretch…but just hear me out folks.  You ready for this?  People are either gonna hate what I’m about to say, or they’re going to be able to hear what I’m hearing…let’s see how this goes…

When it comes to the fundamentals of the songwriting, structure, and melody-lines in both the music & vocals, and even though it’s written from the male-lead perspective of Charlie Kulis, who is doing a fantastic job on the mic during “Come And Getcha Some” – I’d charge that a track like this has more in common with something like classic Shania Twain vibes than even they might even realize.  Sure someone out there in the back is probably gonna yell and remind me that Blake Shelton is a thing and exists too – but I’m tellin’ ya…listen to the fundamentals of how this moves & grooves, and how the vocals respond to the dynamics of the music; I guarantee you’ll be able to hear what I’m hearing.  Say what ya might wanna about my outta left-field reference here…it’s still damn good company to be keepin’ – especially in the realm of Country music.  Here’s the EXTRA twist I’d throw at you though – you know who else they remind me of?  It’s actually Everclear.  The more subtle & low-key, not as concerned with destruction & distortion side of Everclear, but it’s definitely the band I’m thinking of – and that many comes from the vocals, the hooks, and the absolutely gorgeous qualities the harmonies all have.  So there you have it…the review no other reviewer out there is gonna write…Shania Twain-meets-Everclear…I wonder how many people out there will think I’m straight-up crazy versus how many people out there that would recognize a combination like that would lead to some extremely memorable hooks & good-time tunes.  It’s an odd assessment, I’ll give ya that…but if you’re familiar with the music of either of these two comparisons and you’re listening to “Come And Getcha Some” by The Charlie Kulis Band…I’m tellin’ ya folks, there’s a good chance you’ll hear the similarities between them all.  And on the strengths of these comparisons & chart-topping legends I’ve referenced…it’s also pretty clear that the ability for The CKB to reach a wide audience with such a range of sound, more than has potential.

Whether you think I’m nuts in these comparisons, or you think it’s actually spot on in the strangest of ways – I think we’ll all agree on the fact that they’re latched onto a seriously single-worthy song and executed it to perfection…there’s simply not a thing about a cut like this anyone would want to remotely change from what it already IS.  And so I say to The Charlie Kulis Band, well done chaps – you’ve got the Grunge guy on your side…I’ve been turning this track up loud’n’proud, singing along at the top of my lungs along with ya.

Shout-out to all the players in the band too:  Bob Stander (Bass, Guitars), Shawn Murray (Drums), Paul Errico (Keys), John Widgren (Pedal Steel), Tabitha Fair (Backing Vocals), Neil CooMer (Backing Vocals) – it takes a lot for a band this big to get every member their deserved moment in the spotlight…and not only have they managed to do that & stand out alongside Chalie Kulis in their own strengths, together as one, they audibly display a vibrant connection shared between them all that verifiably shines in the results.

Find out more about The Charlie Kulis Band from the official page at Facebook here:  https://www.facebook.com/thecharliekulisband