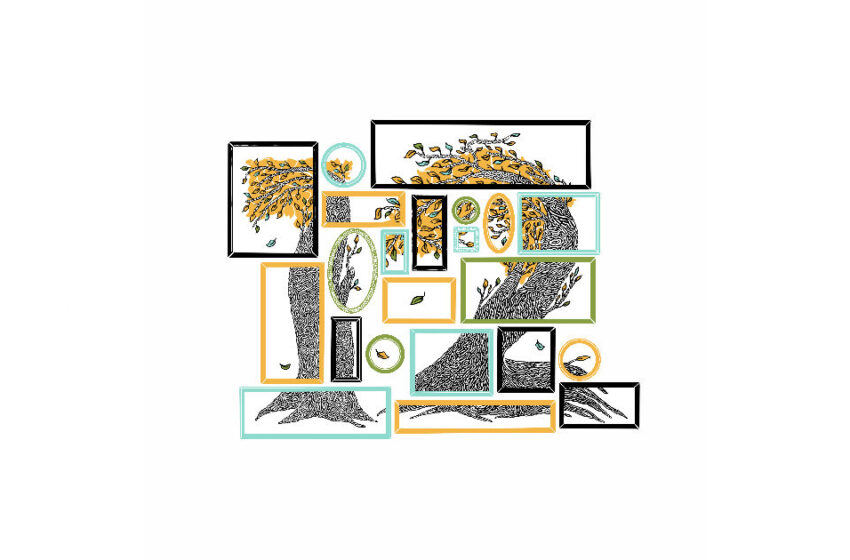 You better believe that any time I get two cuts out of a four song record that sound as good as these do that I’m hustling right over to whatever pages I can find to track down what else I might be missing.  I’m not here to talk about tracks like “Storyteller” or the final cut “I Met You In The Summer (Acoustic)” from the new Last Thing EP by The 12th Human, but I can certainly confirm that if you like what you hear in these two songs I’m reviewing today, you’ll have zero problems at all in digging the rest of this record.

The question always becomes…did we get the best of what’s out there?

99% of the time the answer is usually no.  With all the music that comes our way being slid to us through promoters, artists, bands, friends, friends-of-friends etc. etc. – honestly, I just keep my head down until the dust settles and try not to pay attention to where anything is actually coming from until I’ve said my piece, for better or worse, whatever that might be.  There are complications in objectivity and the relationship between the attachment to a song or record by anyone out there tied to it in their own way that get too obviously revealed…and no matter what, just about everyone out there will tell ya this is ‘the best’ stuff you’ll hear in all circumstances.  And rightly so, it’s a promotions thing & I get it – but if I was to rely solely on the judgment of others, there’d be no point at all in doing what I’m doing as a critic, reviewer, fan of all kinds of music, and humbly objective ear.  So I peek.  I poke.  I prod.  And yup, I listen.  I’d definitely never knock what I’ve heard on “Storyteller” or “I Met You In The Summer (Acoustic)” – but credit where credit is due – if you were to send two over from this shiny new record by The 12th Human, both “I Don’t Mind (Memoriam)” & “Last Thing” were certainly the two to send to me.  Make no mistake though, don’t get it twisted – I can promise ya that if you like what you’ll hear in these tracks being reviewed here today, you will absolutely dig on the Last Thing EP from start to finish, 100%.

Essentially, what I’m sayin’ is, I’ve yet to hear a track I didn’t like or love so far by The 12th Human.

Did we take the meat outta this sandwich?  Perhaps!  But I’m more than willing to take a big ol’ bite without regret – the middle two cuts of the Last Thing EP are absolutely where it’s at.  Chances are The 12th Human is gonna have to withstand a bunch of comparisons to many of the Alt/Emo bands of the post-2000s like All American Rejects or Thriving Ivory & projects surrounding that era…which in terms of identity is always something to be considered – but I’d challenge that this band right here is already that much more sincere, that much more engaging, and that much more ready for the spotlight than the vast majority of bands rocking this type of sound, well up to & including those already thriving in the mainstream.  Being the kind of dude that firmly believes more of a good thing can be a great thing when it’s done right – The 12th Human essentially proves this to be true with the powerful emotion loaded into the music and stunning level of execution that comes with it.  Like, LISTEN to “I Don’t Mind (Memoriam)” and how flawless it is will ya?  Not JUST the playing & musicianship, not ONLY the production, but the songwriting and structure as well – that’s really the key here.  It’s about attention to detail, the passion of genuine emotion, and finding that combination of the two that unlocks the pure power of conviction – that’s what we’re hearing as The 12th Human rips their way through what’s truly a very heavy tune in terms of its theme, balanced out with just enough sweetness to make it more humble, endearing and real, than just straight up sad.  I love the way the subtle shimmer of “I Don’t Mind (Memoriam)” starts out – and all-around, I’m more than impressed with the tightness in this band overall; hearing the punch into the energy around the 40 second mark and how perfectly The 12th Human is able to switch on a dime and take a song from one extreme to the other through transition was awesome, full-stop.  Excellent grip on the loud/quiet dynamic here…fantastic wealth of emotion on display…stellar pace…everything adds up quickly on “I Don’t Mind (Memoriam)” and makes the impact you WANT to find in a song.  The unsung hero here however…maybe even bar-none if we’re looking at everything included that creates the victory for The 12th Human here…I’d probably be looking closely at the backing harmonies of all things…which are…man…essential doesn’t even really cover it!  Like, I’ll put it to ya this way – this band already had everything it needed to succeed up front on the mic in the lead – but when combined with a whole other layer, and nearly in duet with singer Kellin Quinn – it pushes the strengths of the weight in The 12th Human’s music to a completely new level, and one to be seriously proud of.  Think of this cut almost like the perfect sports team at the height of their game…you can only achieve results like what you’ll hear on “I Don’t Mind (Memoriam)” by having everyone onboard, involved, and dialed right into the entire vision, 100% – but it’s also by having players that sacrifice & share the spotlight willingly.   When you reach that point, the bulletproof balance of strengths sounds just like The 12th Human does.

“Last Thing” likely works with an even higher degree of accessibility if we’re talkin’ bout the masses out there…listeners tend to favor amped-up energy over a more weighty-sound & involved structure when it comes right down to it – both these two cuts have that to a degree without question, but this title-cut from the EP makes impeccable use of brighter bursts in energy, and a powerful finale that can’t be missed out on.  Chances are that might be enough to secure itself a nomination as your own favorite track from this EP by The 12th Human…and I wouldn’t blame ya for choosing ANY of the four on it for that matter to begin with – each song brings something new outta this band; I’d probably give the edge to “I Don’t Mind (Memoriam)” personally myself in terms of staying power & making an impact, but being real with ya, we’re talking about a pretty slight margin.  “Last Thing” absolutely delivers too – because THAT is what this band clearly DOES – you throw the red light on in the studio & it’s time to record, and as Alt/Punk/Emo/Pop or whatever you wanna call them or as wild as they can get, the professionalism is absolutely in all the right places it should be when it’s time to get serious.  It’s got a vibrant sound that’s bound to catch anyone’s attention & keep it…”Last Thing” instantly connects through its sincerity of sound and the increasing energy you can hear winding up into a fastball – which they launch with confidence at us at about the twenty-five second mark and roar to life.  Dialing back the thickness of their most intense vibes to expertly let the verse ring out and have the lyricism/vocals get their own deserved moment in the spotlight as well was a great move in the design of “Last Thing” – and once again, you’ll find The 12th Human has got this cut loaded up with emotionally devastating imagery & words that connect.  In that respect…I have the feeling that, were any of us to dig right into the full meaning behind these words and the inspiration in these songs…we might just discover a record that’s loaded up with a very similar heavy shroud of thoughts, feelings, and all-too-grounded realities like we found on Vaultry’s Eulogy album back in 2017…which went on to our top ten list in that same year.  But if you listen to the heartbreaking breakdown…the powerful lyrics throughout this song…and the mesmerizing highlight created in the final minute or so with the Post-Rock/Space-Rock infusion of atmosphere into the finale to The 12th Human’s title track, up to & including the spoken-word recording featured at the end…which is crucial to understanding what this whole song is all about…I mean…credit where credit is due – everything stacks up to a massive WIN here.  They’re writing fantastic songs, they’re executing at an all-star level, and this band is clearly destined for great things in their future.

Nothing but green lights ahead as far as my ears are concerned – The 12th Human freakin’ rocks.

Listen to music by The 12th Human at Spotify here:  https://open.spotify.com/artist/1XelbawTUIuVbhHmfm49AN