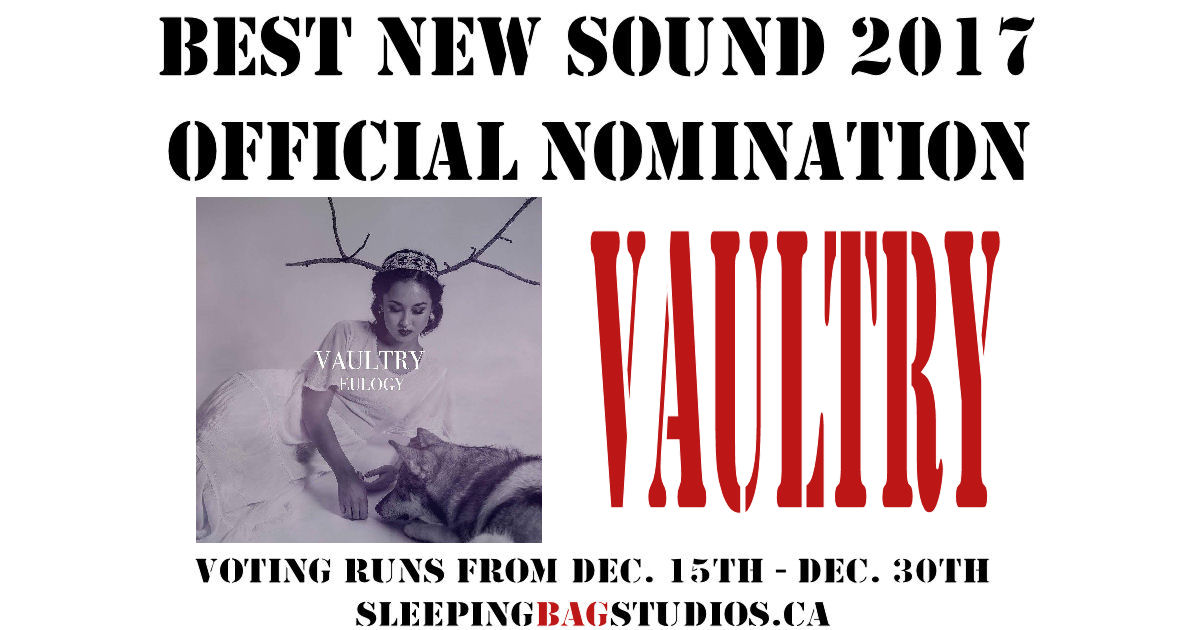 The circumstances revolving around Vaultry as a band, losing founding member Chasen Fraser to cancer, led to one of the most unique moments in time I swear we’ll ever witness with the album Eulogy.  Co-written with Fraser before he passed, right up to and including a song written right there in his hospice care facility – his fellow band-mates went on to finish the record in a such a strong way that it will certainly preserve his memory for decades to come.  The amount of strength and respect it takes to make an album like Eulogy was certainly something we picked up on here at sleepingbagstudios – they were a fantastic band when we first discovered them on their Coven EP, but the internal tragedy inside of the band caused each member to put their hearts and souls into their new album & songs like never before.  The results were jaw-dropping.  Eulogy was an insightful record unlike any other I’ve ever heard; an incredible mix of high-energy cuts with devastatingly raw emotions that is unlike anything I’ll ever experience again in one lifetime.  This entire band deserves serious credit for persevering and creating an album so intense & focused that you truly felt what they went through from their own perspective…and through creating an album so personal, so involved & so REAL, they paid the ultimate respect to their fallen friend by making sure each and every moment on Eulogy came out authentic & true to their relationship as friends & band-mates in recovery, while at the same time as making a record that was wildly entertaining & beyond compelling to listen to.  Few records, if any, will ever be this personally revealing and all-out deep – Eulogy was an album to remember this year, without question.  Be sure to come out and show your support for Vaultry when the official SBS Reader-Vote for our Best New Sound begins on Dec. 15th – they absolutely deserve it for the monumental effort it would take to make such a powerful & moving record like Eulogy.

Massive congratulations to Vaultry for pushing past the pain and keeping it all realer-than-real…they bring you right into Eulogy with such an intense connection to their material that you can’t help but feel this entire experience like you’re right there with them – definitely one of the best records of 2017.

Check out my full thoughts on Vaultry’s album Eulogy in review right here:

Find out more about Vaultry at their official page at: