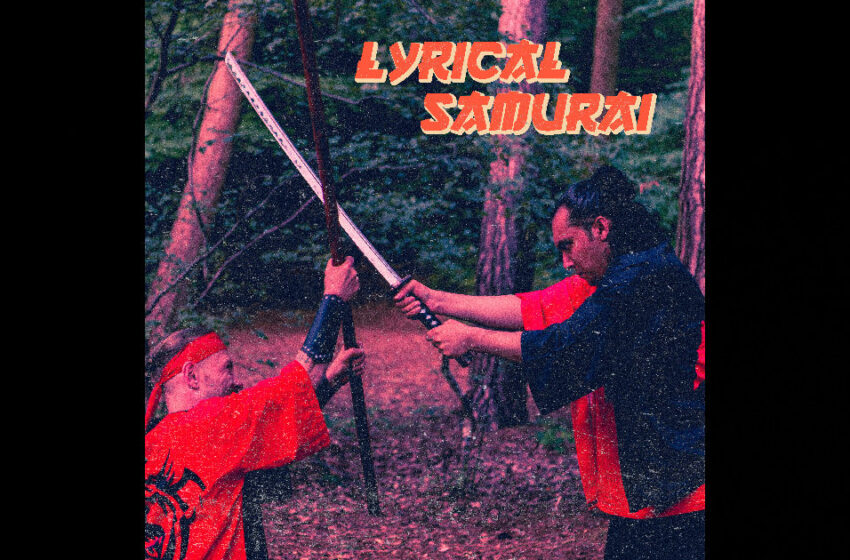 “I came here to conquer, STAND DOWN!”  #MoveOutTheWayYo!

Some of that conscious Hip-Hop to keep your playlists on-point out there tonight!  Check out the latest from Taoreta & this new collaboration in this scene we share via their debut single/video for “Lyrical Samurai” y’all – if you’re truly fans of the verbal & musical arts – you’ll have no problem at all digging right into this slice of stellar sound & the supreme visuals they’ve got in store for ya onscreen.  While technically, yes, it’s a debut for this collaboration – make no mistake, these are seasoned veterans of the game with both its members, Loaneski and DJ Icon, having already enjoyed careers that span 30+ years.  So sure…one on hand, yes – it’s technically new – but don’t get it twisted…you don’t hear that newness in this collaboration given their reputations for excellence are already well established out there in the international scene all around the globe…these two know what they’re doing & that’s crystal clear to all.

As we’ve known from around early 2019, back when I originally reviewed Loaneski’s music for the first time on his Welcome To Babylon EP, the man IS a verifiable “Lyrical Samurai” – so believe me when I tell ya, I wasn’t all too surprised to see a song with him involved bear such a title – he’s earned it.  That half of the ingredients here checks out in-full – it was DJ Icon that was brand-new to me this time around, and it took no time at all to recognize how an artist at the caliber of Loaneski would want to collaborate with such impressive musical talent for sure.  The sheer amount of crossover sound & cross-cultural vibes that flow through the beat, aura, and atmosphere of “Lyrical Samurai” are all as sharp as can be when it comes to the precision, imagination, and innovation involved – and as far as the fluidity is concerned, they’re moving as smoothly as water.  They’re a force of nature here on this single – “not just music – a way of life” as they’ll tell ya…and with thirty plus-years in the game making music over the course of their careers, you know that’s the truth.  You don’t get to the thirty-year mark by half-assin’ it, that I can tell ya wholeheartedly folks – these two have dedicated their lives to the art & craft and genuinely put the effort into everything they do – they don’t just make music, they live it out loud y’all. 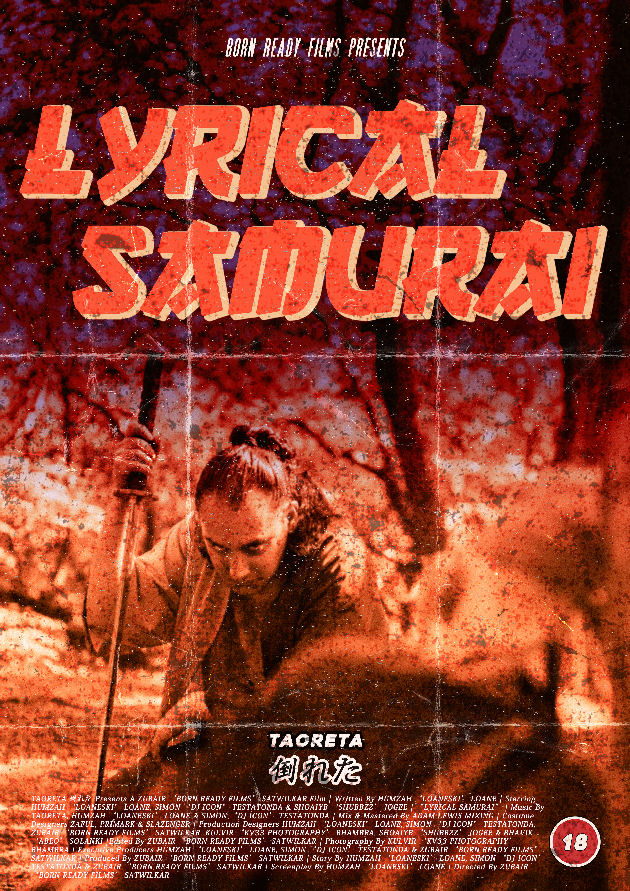 “Lyrical Samurai” hits its intended target without question, creating a cut that slides effortlessly between thought-provoking lyricism and smart Pop culture references you’ll probably catch along the way.  Like…for example…you’ll find four members from the Teenage Mutant Ninja Turtles cannon referenced in the mix here…movies like Hang’em High, House Of Flying Daggers, Die Hard, Paint Your Wagon, Sudden Impact, and The Good, The Bad, and The Ugly in the mix along the way – lots of lines where you might catch a piece that makes a nod towards something you’ve experienced along the way, which makes the lyricism even more potentially relatable, vivid, and real for those out there listening.  All of what you’ll hear in the verses is super clever stuff, spit with confidence, power, and passion, and structured dynamically to grab your attention – and like I was tellin’ ya, with Loaneski on the m-i-c, we’re simply confirming what we already knew in regards to his professionalism when it comes to his writing and time to perform.  I never really know what to do when I run into that one line in any given song out there in this wide world of music that grates on me a little…and I’ve found one here within the chorus; but it’s nothing so detrimental that it would ever stop me from listening.  It’s the final line of the chorus…the “overcome the tide” part.  Don’t get me wrong…I think there’s enough context overall for us to catch what the intended meaning is…I just find it to be one of those descriptions that tends to imply a whole lot more than the words actually mean, and a bit overused out there in music’s history all around.  I also think that Loaneski consistently proves on a regular basis that he generally brings more uniqueness to his words than that one particular moment reveals, all throughout his music from this single, to what I’ve experienced in the past as well…but I guess thematically & conceptually, this line still fits well enough that I shouldn’t really be complaining.  And I’m not…not really…like I said, it ain’t anything that’s gonna stop me from listening, and I’d be the first to tell ya that the hooks of the chorus are highly memorable without hesitation.  As far as every other line is concerned, I’m into it – Loaneski’s got a great gift for finding lyrical combinations we haven’t heard before, and he flexes that gear 99.9% of the time on this new single here.  I’m not a mathematician, but that sounds to me like the odds are fully in all our favor.  For the vast majority, it all checks out perfectly…Loaneski brings serious passion and gritty tone to his vocals, sounds entirely engaged, interested, and energized as he spits a whole series of bulletproof bars.

Musically, production-wise, and visually in context of the video, there really ain’t much at all here to pick on or be anything less than satisfied with – Taoreta has put together quality entertainment from sight to sound here.  I’d wager a guess that in forming this collaboration right from the get-go, they had a complete understanding of each other’s strengths and how that would complement what each member brings to the music overall…but they gotta be more than stoked on how the final results have proved it.  DJ Icon has put together a stellar vibe from start to finish that leans heavy on the beat, but still makes a ton of time for sensational elements on the surface that bring major melody to the mix overall, and gives the whole flow a subtle & dynamic structure that provides Loaneski every opportunity to work his full magic on the mic, which of course, he does.  Visually, they take us straight into the forest for a battle scene out in the woods, swords & samurais & all that…it’s a perfect pairing with the vibe they were going for – and if you’re paying close attention, you’ll notice the “to be continued…” stamp at the very end.  As in…at some point in the future, we’re gonna get more from this collaboration…and after all that I’ve seen, and all that I’ve heard – I felt like Taoreta gives us all every reason to be excited about that fact from sight to sound with “Lyrical Samurai” – this is a very strong start for these two joining forces together as one, and an experience that definitely warrants its continuation on the merits of their skills.

Find out more about Taoreta from the official pages below! 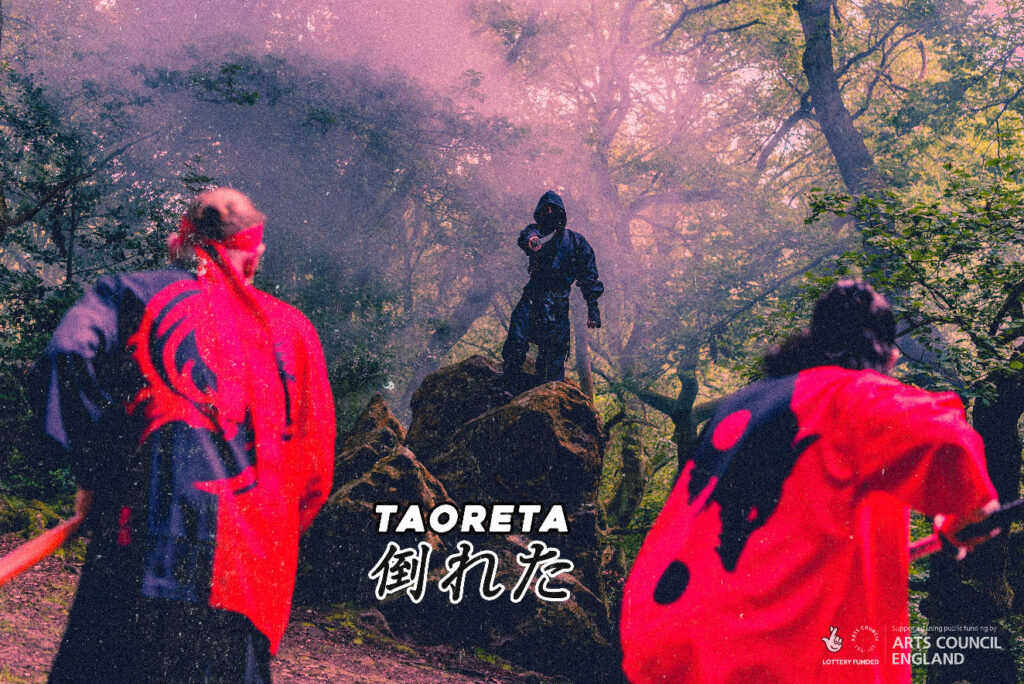