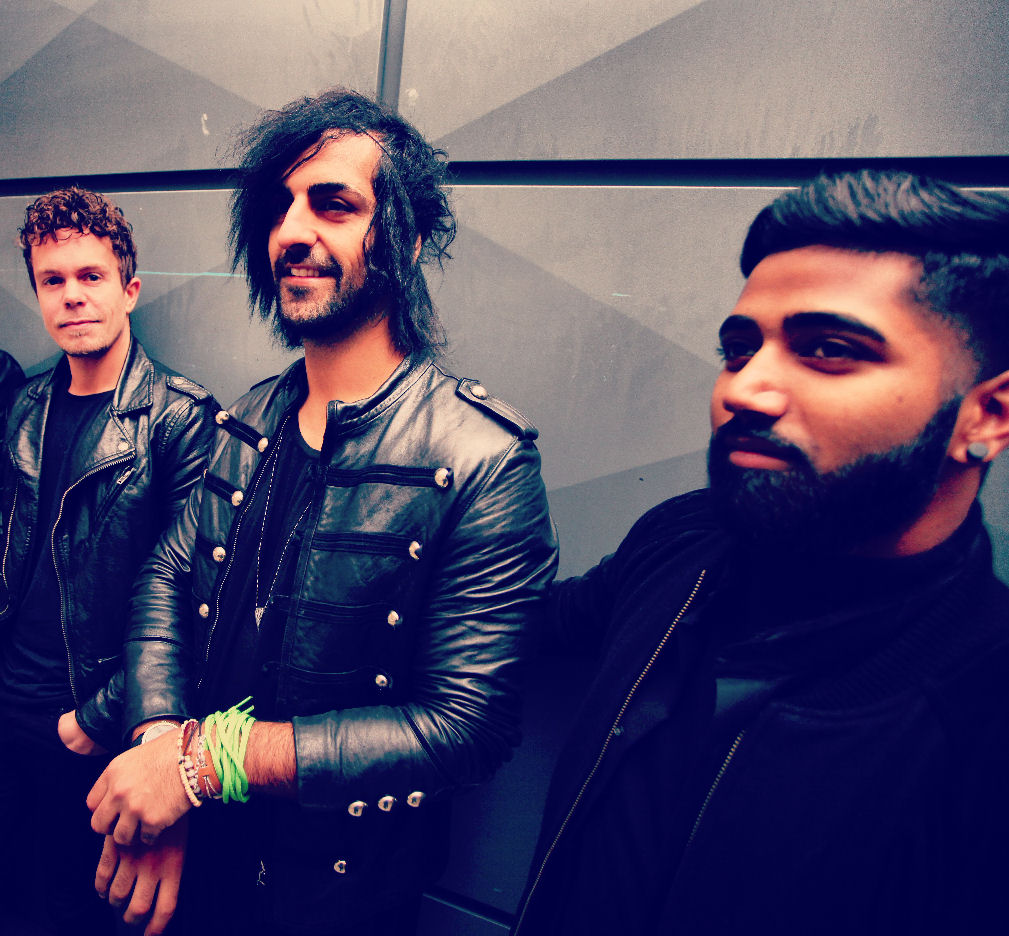 Alternative-rock band Suits Boulevard has been making waves all throughout international waters with their latest album Oblivious.  All the way from their base in central Denmark, this band of six created quite a buzz within their first year of declaring themselves a part of the music-scene.  I got interested in Suits BLVD the more I listened; I can be tough on anything rock-music related these days…but truthfully, I can hear this band is set out to offer a bit more than your average rock band does.  Apparently, even in my own country of Canada way across the water, they’ve even been number-one on our radio-stations for six weeks at some point…you’d all know that better than I would I’m sure; I’m down to listening to the radio for a traffic update and not much more.

But as many of you know already, this certainly doesn’t mean I’m not still intensely connected to what’s happening in music right now in any genre out there.  Quite often, I find out about what the biggest sounds out there in our scene today by the independent acts that emulate similar-styles…or music-sites…or podcasts…there are so many places to find music out there now that I often wonder if radio will continue to be the amazing source of music that it’s always been.  Don’t get me wrong – just because I don’t listen to it anymore doesn’t mean I don’t appreciate it, I certainly do.  I was glued to late-night programs where things got weird and my favorite DJ’s throughout the afternoons just as much as anyone else if not more so as I grew up.  Many people still use the radio as their main source of music entirely…a fact that has ALWAYS blown my mind, no matter what age I was at the time.  The idea of someone ELSE out there controlling the list of songs I was going to listen to for the day wasn’t something I was as willing to accept as I got older.  With the gigantic catalog of songs here at the studio now…there’s no way I could let it have control!

But just reading about that fact, and the supporting results of Suits BLVD hitting #5 on European radio for three weeks…brought a smile to my face.  Radio brought me so many of the bands I know and love today – all from those DJ’s out there that were courageous enough to bring out something new.  That’s what we’ve been attempting to accomplish with our own SBS Podcast…using that as our platform to highlight some of the incredible music out there in the independent scene right now – and bands like Suits BLVD make making shows like that rewarding.  Maybe one day one of YOUR favorite bands will come out of the playlists we created there…which would really be my lifetime’s mission completed.  It’s always the intention to pass this amazing music along to ears that will truly appreciate it, and that’s what that show is always about.  In fact – if you have a listen to tomorrow’s episode on 7/15/2016, I have a feeling you’ll even hear a song from Suits BLVD.  Okay, okay – I know it for a fact – you WILL hear Suits BLVD…because I want to play them AND I want YOU to hear them.

The five tracks I’ve gotten ahold of from the latest record of Suits BLVD called Oblivious displayed quite a range of emotions and sounds for what you’d expect to find in alternative-rock.  There’s a lot more happening here than just leaning on their distortion-pedals and mumbling out the words – there’s all kinds of influence on the songs and sound from the pop, indie and other derivatives of the rock-genre – and I appreciate that.  It feels like they’ve tested the waters with all kinds of attitudes in their songs, and I like that too.

I started with a song called “Treehouse” off the sample five tracks I was given.  I’m thinking that Oblivious must be a fairly lengthy album in-full, I’ve got ID3-tags on the singles I’ve got that show up to track-number sixteen…so there’s certainly a lot more than just the five songs I’ve been directed to here.  As far as “Treehouse” is concerned…it’s got an oddly Canadian-vibe to it, even from its roots stemming all the way from Denmark.  It’s kind of like an early version of 54-40 crossed with a bit of the punk-attitude of a band like Social Distortion or the ambitions of Silverchair’s later work.  It’s got a solid set of guitar-hooks and lyrics that really bring the melody to life with bright confidence; “Treehouse” was a good shot of energy to start out the experience – but there’s no doubt I was still looking for a little more than this from a band with such a glowing reputation.  The song is good, don’t get me wrong…but it didn’t seem like it would be the one responsible for all the international attention that Suits BLVD was getting…and I know that they’ve got their first-single included here in this set of five…so we’ll say this first track is what it is; a great supporting tune on the record.  Dig the harmonies, dig the energy…and again, takes me right back to some of those early days of Canadian-bands like 54-40, The Watchmen, maybe even the Tragically Hip’s self-titled first record…”Treehouse” has that sound that truly hints at more to come – and I liked that as a first experience with the music of Suits BLVD.

I thought this band did a great job on their title-track “Oblivious” and think it was an excellent choice as the album’s centerpiece.  Absolutely thought the lyrics were strong once again and extremely well-sung – the energy in the words themselves matches the performance here perfectly.  The gigantic beats of the drums and the background-vocals are equally fantastic – and for a song that remains stuck in its melancholy groove, it continues to be captivating throughout.  Melodic and hypnotic, hazy and dreamlike – “Oblivious” is a slower tune, but one that reveals much control, professionalism and highlights the songwriting of Suits Boulevard – it’s a very strong tune and deserving of the album’s title.  As much as I like any of the elements that make-up the strengths in “Oblivious” – I can’t help but keep coming back to the amazing sound of the drums in this song – I love’em!  And as short as it is…there’s a small breakdown at about two-minutes and thirty-seconds in or so…and it has this little bit of extra crunch to the guitars at that moment…I know, I know, I know – it’s really short, but it sounds AWESOME.

Many of these songs in the set of five I have really echo the emotional-side of alternative-rock.  Again reminding me of the pop-rock/alternative ambitions of the music at the end of Silverchair’s career somewhat…but also really reminding me of the band Switchfoot overall on “Broken Wings,” as well as the song by the Foo Fighters “A320” – there’s a great blend of styles and sounds on this third tune I’m listening to.  Loved the additional string sounds on “Broken Wings” and once again, the writing really shows depth and personality here; the buildup on this song is fantastic.  It has real emotion, the singing brings that out perfectly alongside the melody in the sparkling guitar-tones…the bass keeps this one sounding rich, thick & full as the synth-strings begin to creep in along with the background vocals – and soon enough, “Broken Wings” begins to soar.  Just before the two-minute mark, Suits BLVD switch gears and up the ante for the final minutes of this tune and take it from the ordinary to the extraordinary.  I dig the simplified lyrics of the hook – they’re easy to grasp, sing along with and full of the hypnotic-rhythm that helps make this a seriously stunning track. 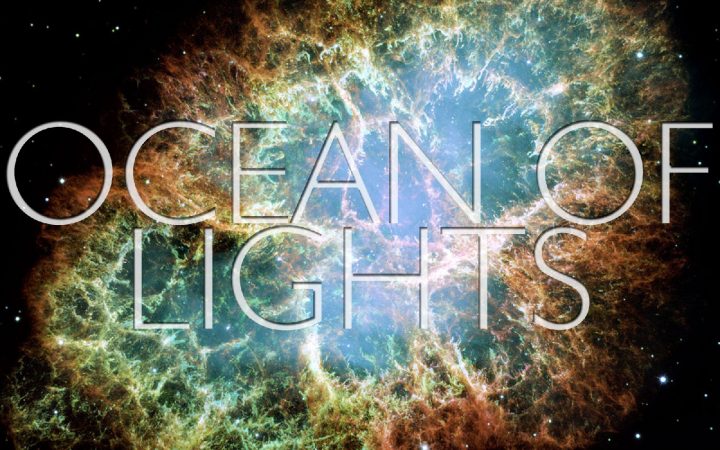 Hitting-up the official lead-single “Ocean Of Lights” I hear a sound that almost heads more towards the Lifehouse-sound & style of alternative-rock – and in that respect, it makes a great choice as the lead single.  The rasp in the vocals has a great sound in its tone and flow…the drums once again are perfectly placed and energetic…the guitars provide a strong melody as the backbone of the song.  The lead-guitar has some great parts and solo-work in the song as well…and…hmm…  I mean, I like the song…don’t get me wrong there…there’s something in me that always wants to rebel against the ‘hits’ of any band…BUT…I don’t think I can deny that this was a strong choice as their lead-single.  I think it presents the most well-rounded side of Suits Boulevard’s overall sound…so in that respect alone, I think it’s a solid choice.  Do I personally think there has been stronger material already in the songs I’ve heard previously?  Yes.  Yes I do.  But that’s not always what a single is about.  A great single’s job is to pull us into an album whereby hopefully YES, there IS more material that’s even stronger to keep us captivated, entertained and satisfied we made the right choice by following the song to the entire album.  I think “Ocean Of Lights” has a great grip on its melody and hooks and the band performs confidently throughout…the main guitar-hook is awesome, NEARLY underused…but you can always repeat the song like I did many times to get more of its melody-line into your face-holes.

“Imperfect” was the name of the final track I had from Suits Boulevard…and the dramatic nature of this last cut really makes a great impact at the end.  The vocals in this song are INTENSE and very strong – it could very well be my favorite performance of the five tracks.  Linking up with the harmonies and backing vocals every once in a while – the emotions of this track run high…and the structure of the songwriting simply increases the strength of its powerful grip on your attention.  A truly captivating performance – “Imperfect” was an amazing final highlight in this set of five tunes from Oblivious – and the progression of this track moves at a stunning climb.  Love the way the vocals sound in this final track, the subtle harmonics of the guitars and the space & pace of the beginning to “Imperfect” – it all comes out sounding massive even as its all-stripped back during the opening minutes through the strength of the emotion in the vocals.  The music really builds around the voice of this song…and as “Imperfect” rages into its final minutes, the surrounding players all kick into gear and bring out their best to rally around it.

Definitely rock that was worth my time…and again, I’m positive it’ll be worth yours too.