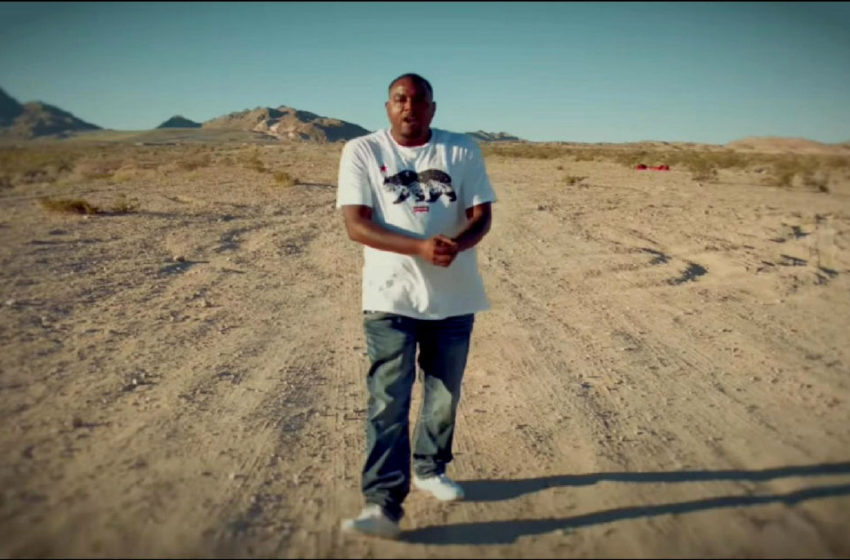 Alrighty homies – time to get this video up on our pages at long last, as promised!

You first heard about Shrink on our pages last weekend, when we gave you an introduction to the man, the myth, and the legend himself on the SBS Podcast – and you know it, of course we played his brand-new single “Feel Me” in the process.  Earlier on today, if you’ve been following along with us here at the homepage, you had a chance to hear more of my thoughts on the strength of Shrink’s character and his ability to overcome the odds and navigate past any challenge or obstacle life throws at him, right before we played the video for “Feel Me” on SBS Live This Week.  And now as promised, you’ll get a bit more insight here on our pages as we post this up right here for the rest of you and make sure none of y’all got missed out there & y’ain’t sleepin’ on this emcee’s new single – check out “Feel Me” below!

I’ll put it to you this way – Shrink does a better job of introducing himself to you through his single & video than any of my words on any of our shows ever possibly could.  Not only does the man behind the mic flex his verbal skills at ya when he’s rappin’ the bars on “Feel Me” – but you also get to know what’s really goin’ on with him on a personal level.  For those of you out there that don’t yet know, Shrink lost his left hand in a work accident – he’s an amputee.  Rather than try to keep that subject off the table, he’s fully embraced it, and recognized that lessons learned are part of what makes him the man’s he’s become today.  Put some respect on the man’s name y’all – I think many artists would have retired in his situation, straight-up.  Shrink has chosen to continue doing what he was born & destined to do all along.

Like I mentioned on our shows, he’s rappin’ from a place of confidence.  That’s not to say he probably hasn’t had his own moments of self-doubt along the way, especially right after losing his hand – I’m sure anyone finding themselves in that situation would experience the same.  But like I also mentioned on the SBS Podcast and SBS Live This Week, he’s found a way to turn tragedy into triumph; in fact, I’d wager a guess that Shrink has come out stronger on the other side of it all.  The mere fact that he hasn’t shied away from his status as an amputee…the fact that he’s willing to rap about it and share his tale with the rest of us out here listening – I’ve got nothing but full respect for him summoning the courage to keep on the path he’s meant to be on & talking about things that a lot of people out there really need to hear.

Because while he might be speaking towards his own experiences, you can take Shrink’s message as a metaphor and easily apply it to your own life’s struggles; you can take comfort in the knowledge that if this emcee can rise above circumstance and still be the best version of himself as he is now, that perhaps it’s possible for each and every one of us to do the same – you “Feel Me?”  I’m more than impressed with this guy…I’ve always said that the more of ‘you’ that you put into your art, your music, your career, and your craft – the better the end results are going to be and the bigger the impact of your efforts will become.  Shrink’s living proof of that to be true – he’s fully invested in “Feel Me” and unafraid to get personal with you all; there’s zero doubt about just how real his new single and video is.

So however it is you end up taking in the experience, whether it’s here on our page with this posting, at his channel at YouTube, or on our shows – make sure to have a real listen to what Shrink’s laying down.  The man deserves real credit for getting through all he’s been through – and beyond that, he’s got sharp skills on the m-i-c, and the kind of strong conviction in his delivery that tells you he’s stronger now than ever before…that he’s more than ready to pursue the next-level against all odds on the way to the top.

And not that the man needed anything more than what he brings to the game, but getting an assist from the incredible talents of singer Breana Marin certainly never hurts a song, that much I can tell ya for real.  If you’re a longstanding reader of our reviews here at sleepingbagstudios, you might even remember her from back in 2017 when we last crossed paths with her, when Breana was enlisted to bring the heat to a track from rapper Ahmen’s album called Timeout on a highlight cut called “Illuminate (When I Was Up).”  Her smooth & stunning vocals on Shrink’s “Feel Me” provide a real balance to the words he brings to the bars…almost like a verbal confirmation that things may be tough right now, but they’re gonna be okay.  She sounds comforting and as gorgeous as ever – and equally real as Shrink at the same time when it comes to delivering the overall message.  Marin ain’t one to make mistakes; she brings her A-game to every track she can be found on, every time – go ahead and verify that for yourselves if you like…it won’t take much more than a quick Google search to find tons of tracks with her on it, and a whole bunch of your time to absorb all the awesomeness she’s put out there into the world through her collaborative work with other artists, in addition to a multitude of her own impressive originals out there & available.

Definitely a solid collaboration in the mix here between Breana and Shrink – we can confirm that for sure – and hopefully by now, one way or the other, you’ve confirmed that for yourself and joined the thousands-upon-thousands of people out there that have taken the time to listen to Shrink and the new single “Feel Me.”  I’m looking forward to hearing BIG things from Shrink over these next years to follow.

Find out more about Shrink at his official YouTube channel here:  https://www.youtube.com/channel/UCFwHl1sGpLAO7NEWTRzjQUQ