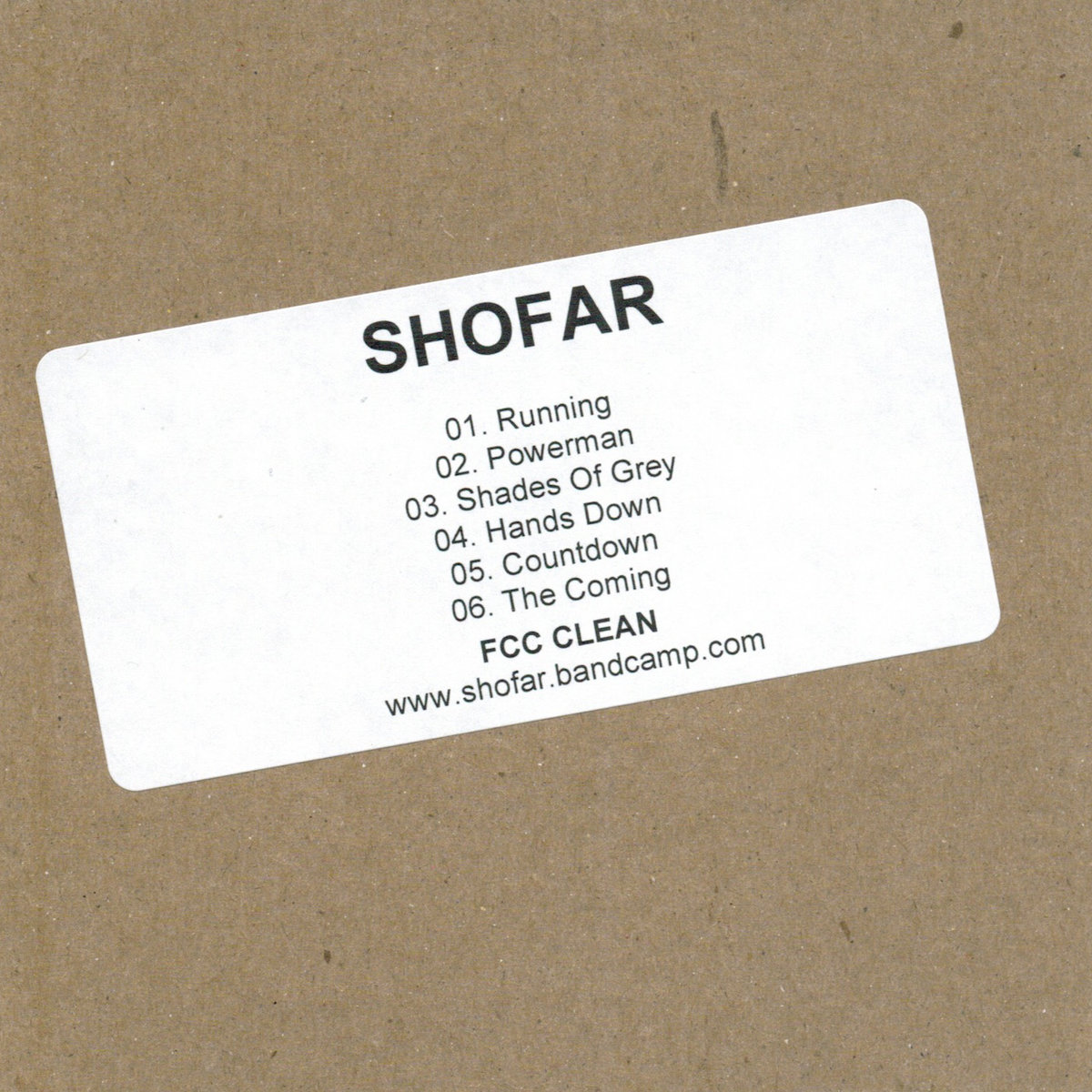 Versatile sound from this five-piece out of Minneapolis…the new single “Running” from Shofar has a lot to offer pretty much all facets and areas of anything-Rock, transitioning through wicked hooks with a progressive approach that’s still plenty accessible.

That being said, I’ll say this…in the household I grew up in, hearing keyboards start-up a song generally equated to ‘those there musicians have been raised CORRECTLY.’  My old-man is a keyboard player of course…but there was a logic in that statement that I’d discover to be true over the years to follow; I’d probably still argue even now that a band with keyboards in it is giving themselves a massive opportunity and advantage over many others out there, especially in a Rock-based genre.  When we’re talking about diverse sounds within Rock…well…they pretty much HAVE to have a keyboard player in the lineup somewhere don’t they?  It’s pretty damn tough to be versatile or diverse with just the meat & potatoes of bass, drums & guitar…not saying it’s impossible, just much tougher without them keys.

So there you have it…Shofar’s already got potential to offer your ears something different based on sheer structure in the band alone…just so happens, those players can also write a killer tune.

It’s a highly interesting cut in the sense that you can hear it’s built of a modern-day mettle…but at the same time, there are undeniable influences I think you can hear subtly within “Running” that really hint at Shofar being a band made up of players that seriously know their shit and have a massive respect for music’s history.  Like…you can almost…ALMOST for a second or two at the beginning, start to believe that you’re about to head into something like “In The Air Tonight” by Phil Collins…but of course, that quickly changes and heads into a clever combination of groove-based psych-indie Rock that amps up the energy and character in this tune immediately.  You can call me crazy if you like…but I’d be willing to bet that existing somewhere within the band somewhere would also be a prevalent Led Zeppelin & Van Halen fan…I think you can hear the subtle influence of both of those bands in the chorus for “Running.”  The guitars come out sounding gnarly…almost like an Alice In Chains riff before the song expands into a verse that sounds like something closer to Oysterhead-meets-Wolfmother…but with an ethereal and aggressive approach that seems to contrast well within itself over the course of nearly four minutes.  At the VERY least…from every band/artist that I’ve picked out in this bizarre makeshift comparison I’ve concocted to describe Shofar’s sound…at the very least, you can certainly tell this is no typical band.

Ultimately, I think it’s that contrast in between parts and the slick transitions of sound in the songwriting that leads Shofar to solid results with this lead-single from their new self-titled EP.  While I can’t guarantee that this would be the kind of Rock that’s gonna send you running to the dance-floor…I do think that Shofar is writing parts that’ll prove themselves to be much more durable over time.  Lyrically – this SHOULD impress your whole face…if it doesn’t, you’re listening with the wrong holes.  I love the way the vocals and guitar respond to each other through the verse, trading back & forth brilliantly.  The exceptional production on “Running” audibly makes everything truly jump out at you as impressive…those keyboards, those guitars, those drums, those vocals…the killer definition in the main parts of the song and the flawless ways they intersect – all combined together, it makes a weighty impact on us as listeners that’s sure to last.  The subdued energy in the verse shows much skill & tone, the chorus shows that ‘a fire can start with one small spark’ – Shofar can light it up at any given moment and the slick way they slide right into the hard-rock/alternative sound in “Running” is all the proof you need.  I’m positive that anyone checking out this track would come to the same conclusions – there’s a lot more at work here than just surface-level rock…there’s something much cooler starting-up in Shofar.  You can hear from the lyrics and expression in the vocals that this is a band that truly has something to SAY…and you can hear in the music that the band is full of commitment and dedication to the overall vision and ambitions of an audibly-unified sound.  Shofar moves effortlessly and powerfully together as one through all the twists & turns in “Running” and delivers new ideas that show respect for the past – I’d expect a very wide variety of fans latching onto this band.  That same versatility I’ve been preaching about from the first sentence of this review is that same key element that’s going to drive their music towards an array of new listeners…they’re all over the fringe here on “Running” and that ability to walk the edge of so many styles, genres, sounds and influences on one track will make Shofar’s approach to Rock highly accessible and highly appealing to many, many ears out there.