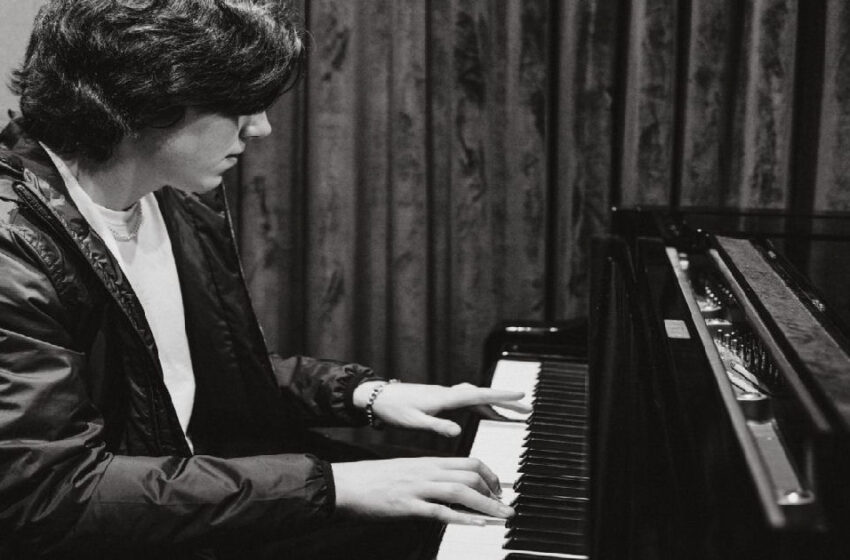 We spent a lot of time with the music of Shannon over the past couple months here at our pages & on our shows – you might remember the recent special on the SBS Podcast where we dedicated the entire episode to his music, or perhaps you’ve had a listen to the latest show we put out at the end of June that previewed one of these two tracks I’m here to talk about with ya today.  Our history with Shannon runs even further than that of course…you can find an early review on a single that traces back to 2020 and an appearance on the SBS Podcast from around then as well…you get it – he’s been making music, we’ve been listening, and I’ve been tellin’ ya all about it.  A dedicated young artist on the scene, there’s never been a doubt in my mind about whether or not Shannon will make it in this whole music business – he’s got the right drive, the right mindset, the right talent to tie it all together – and heck, he’s even polite!  Believe me, that’s more than I can say about myself on most days – so kudos to you Shannon!

Where should we start today?  It’s dealer’s choice up in here – I could talk about “Nirvana” or “Touch” to start – I really like both of these tunes, and they both present a different side of Shannon’s sound to ya.  I suppose since I chose to play “Touch” on the last episode of the SBS Podcast, I’ll go with “Nirvana” to start up this review here – it’s a cut that’s actually a whole lot closer to the Pop-inspired sound that I had first heard from Shannon back in 2020 when I was initially checking out his single “Do You Know?” 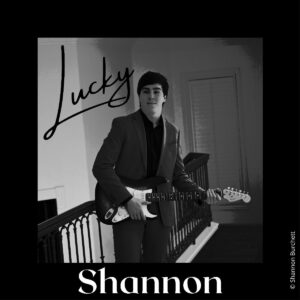 While it’s probably fair to say that it’s not too far removed from something you’d find straight out of the 90s boy-band era, the reality still is what it is – songs like “Nirvana” go down smoothly without a whole lot of resistance, and for plenty of good reasons.  You’ve got the inherent catchiness of the hooks, largely supplied by the cleverness of the songwriting and the natural rhythm that Shannon adds to his words…you’ve got the absolutely stellar production…you’ve got a sound that’s as endearing as it is entertaining – all this stuff stacks up to an extremely strong single, even if he’s rocking with one of the most delicate sounds you’ve heard from him so far.  What I really like is the fact that he’s remarkably on-point with “Nirvana” – tone-wise & the way he sings this song, he’s found the perfect approach to get the most out of every line, and as a result, he’s gonna find this track has no problem at all connecting to the hearts & minds out there listening just as it’s intended to.  Thematically, it all works really well too – it’s a love-song at its core & of course we’ve all heard plenty of those in this lifetime we’re living, but the lyricism matches the warm, inviting, and outright pleasant sound of the song itself – ultimately, that’s crucial, and he’s nailed that down completely tight.  Not only does the main set of hooks in the chorus work brilliantly in his favor, but the surrounding vocals & backing vocals he’s added into this tune was a spectacular idea – along with the short & sweet guitar solo you get on “Nirvana,” Shannon’s expertly loaded up this song with dreamy sound that all supports the entire theme of his new song.  He’s a focused artist y’all…and for a young guy that’s still finding his way into the whole industry and whatnot, he’s insightfully gifted in that regard – Shannon knows how to put the work in everywhere that it’s truly required…it’s in knowing these kind of details that we need in a song to make the whole experience of listening to any one of his tunes as complete as they are that’s going to carry him a long way.  Quite likely straight to the top of many of your playlists out there, and charts around the globe as well within his lifetime – “Nirvana” is a stellar example of a single-worthy tune, and he’s got a bunch of’em already in his catalog – many of which came directly from his last album, his debut, called Lucky, like this single did.  He rarely if ever makes a mistake when it comes to the finished product I tell ya – it’s beyond impressive really when you consider how young Shannon still is at this point and how early on into his career these moments will be by the time he’s wrapping it up like, eighty years from now.  Some people are just born to make music and have a connection that money can’t buy – Shannon’s one of’em. 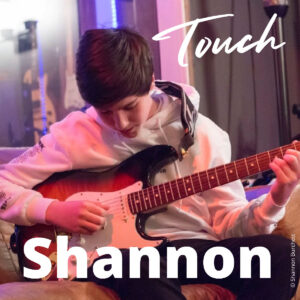 “Touch” arguably speaks even stronger on behalf of what Shannon is capable of as a musician – it’s an instrumental cut, and ultimately the blueprint for what became a song called “Tocame” on his first album, Lucky.  All-in-all, it’s just a really heckin’ great song…whether it’s with words on “Tocame,” or without’em here on “Touch” – no matter which version of this track you end up listening to, you’ll find that connection & sincerity you wanna hear in music running straight through it from start to finish.  What I like about “Touch” specifically is that we get a much more close-up view & ability to hear the outright sensational instrumentation of Shannon in full-bloom – I genuinely think that was a very smart move on his end, and will truly go a long way in proving there’s a whole lot more to him than what you’d find in the average Pop or Rock star.  This dude ain’t just pulling his weight when it comes to making music, he’s completely excelling, and you can hear that easily as he lights up the fret boards on “Touch.”  As I’m sure I’ve mentioned somewhere in the past in reference to Shannon, he’s one of those ‘not just about what ya play, it’s how ya play it’ type of musicians, and “Touch” proves that to the nth degree – the sincerity, passion, and precision he puts into this one song alone should leave you speechless.  I’ll be real with ya folks…there’s rarely if ever been a time where I’ve played “Touch” and not felt awe-inspired, you feel me?  Considering his age & experience…I mean…this is musicianship that is WELL BEYOND his years on Earth so far…the vast majority of us would be lucky to ever play anything THIS good in the one lifetime we get, and Shannon’s going to go on to make a whole audible metric TON of these in his own.  So yeah…I’m a fan of what he’s got happening on “Touch” – I think it’s straight-up remarkable and 100% captivating musicianship & songwriting combined, and that he couldn’t have played a single note of it any better than he already does.  If anything, it makes you wonder out loud which kind of musician he’ll go on to be with as many options as he has in front of him – he could go the Pop route, he could be a rocker, he could be a solo-artist or the heart of a band, he could make music with or without words, and no matter which direction he chooses to go in, he’s already revealed he’s got the chops, talent, and true heart it takes to make the most of every moment – that’s the real recipe for longevity and success y’all.

Find out more about Shannon from his official pages below!