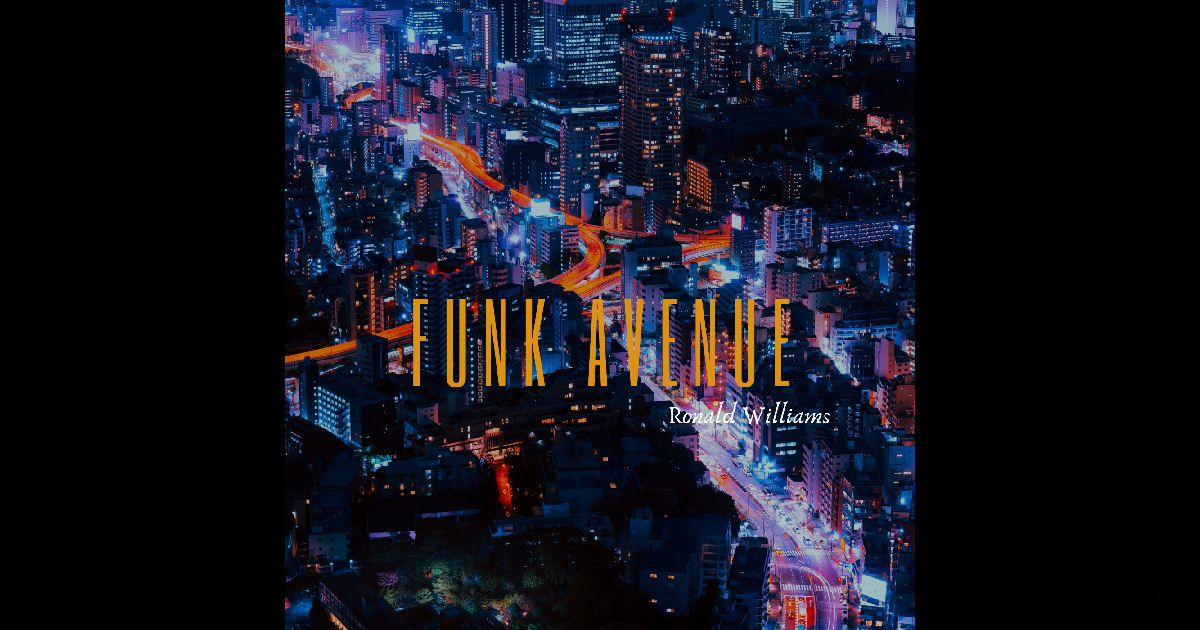 Let it be said once more…if y’aint got your health, y’aint got nothin.’

Never seen this before actually; my wife and I came down with the exact same cold at the exact same time more or less – around 3pm on New Year’s Eve.  I’m no stranger to being sick…but I gotta say, it’s like these evil germs were trying to set some new sort of standard this time around.  Not only have I not gotten around to posting our winner of Best New Sound 2018 up to our page officially yet, but to be completely honest, I’ve probably been awake for about two painful hours for the past three days.  So you’ll just have to forgive me if there’s a typo or two in this review and a lot of thoughts that just don’t even connect probably…consequences of trying to move myself too quickly and not being able to see more than three inches in front of my face without everything going blurry.  Maybe I’m in the sunken place…lord knows it sure AF feels like it right now.

Anyhow.  Duty calls I suppose…and for some strange reason, Ronald Williams seems to enjoy my opinion.  This would be the 4th time I’ve written about him in less than six months – more than a decent batting average when it comes to music.  Last time around, we checked out his record Funk Avenue…which was back in December in review, for release in this very new year we’re in now.  Still tinkering with the official lineup, he’s considering replacing “Love You More” from the album with one or more of the three other potential candidates I have here, which overall I think is a good idea.  “Love You More” is a decent tune, it just didn’t quite fit in the Funk Avenue set somehow.

“Karazy” would be the most suitable choice of the three singles I’ve got here for a swap into the lineup.  I think as far as what the Funk Avenue album represents and the vibe it’s got, the more upbeat & hand-clappin’ good times he can load into the experience, the better it’ll be received.  Massive misperception out there in music land that every single record we make has to have slower tunes and faster ones – but when you’re making Funk Avenue, why not funk the whole thing right out?  “Karazy” would assist in that mission really well…or at the very least, more in the vein of the record than “Love You More” currently is – and as you’ll read more about below by comparison, this is by far the most original of the three tunes being considered.  As to whether or not it becomes one of the most massive parts of Funk Avenue by being inserted into the existing lineup, that’s a whole other question; I have no doubt that the ideas are strong, the performances are solid…it’s not a ‘hit’ in that sense, but it would make for a very strong supporting tune and perhaps Funk Avenue would be the best place for a song like “Karazy” to exist.  Seriously strong final minute or so as well, which I think is definitely worth a mention; there’s a lot of excellent instrumentation surrounding the vocals of “Karazy” that will likely pull the people right in.

Best compliment I can give the guy on his cover of Michael Jackson’s “Billie Jean” is that 99% of the people out there wouldn’t know the difference between this version and the original.  There are subtle differences that you’ll notice if you scrutinize it, but for the most part, we’ve got a second version of the MJ classic here; while it’s more than impressive to be that spot-on, it’s also hard to give it a vote when it’s essentially still rocking what worked in the original hit on a very safe cover.  I mean, if I had Ronald’s talent, I’d be singing Jackson songs all day, every day – BUT…there’s also some validity to the ‘make it your own’ comments that come along with a cover.  He owns this tune with resounding confidence and spot-on tones that’ll easily remind you of the late great King Of Pop, but aside from filling in the atmosphere about 10% more, it’s pretty close to the same version as the original.  So do I like it?  Of course!  I love it.  Not for Funk Avenue…and not even really for what RW is doing with it here now; it’s the kind of cover so spot-on it’ll remind you just how much you’ve always loved “Billie Jean.”

“Coulda Story Of A Man” would be probably the second choice of the three if he’s looking to include one or more of these three…thing is…I don’t need to tell Ronald he’s borrowed from one of the most infamous tunes in Rap’s history to form the verse here…like as in, too close for sure – he’ll get called on it by others, he is now by me.  Pretty sure it’s “Walk This Way” with Aerosmith/Run DMC, just slowed down slightly…again, I’m going from memory here cause looking something up will take more energy than I’ve personally got right now – but I’d be willing to bet that’s the one.  Modified through the words, but not through the flow, it’s definitely more than recognizable as something we’ve all heard in the past when it comes to the first impression that “Coulda Story Of A Man” will give ya and the verses RW will roll through, diversifying the sound more through the chorus than perhaps anything else.  Would it be enough to disguise what we already know?  Nope.  So probably best to leave this cut off the record for now.  Music-wise, it’s definitely got that Funk goin’ on – practically has that genuine G-Funk goin’ on really, but that familiarity of the main flow is impossible to get around…most people out there are gonna feel like that’s something they already know, so I’m not so sure if that’ll help serve Funk Avenue or Ronald Williams when it comes right down to it.

So I’d probably play it safe…and I’d either leave the original lineup intact, or I’d substitute in some “Karazy” – but as you’ve read here, it kind of claims victory by default too, which is something to consider.  But that’s what I’ve got for ya RW…that’s how I see/hear it all.

And now I’m going to hear nothing else for another twenty hours or more if I can get it.  Back to bed for me…gotta get that rest or 2019 is gonna be a heck of a lot harder to get through than I ever imagined.

Find out more about Ronald Williams at his channel at YouTube…because for SOME reason…we’re still waiting on this dude to get all that social media stuff in-line too and it’s the only link we’ve ever had:  https://www.youtube.com/channel/UCxyWxecgMSCG2jcJNA1Ku3g