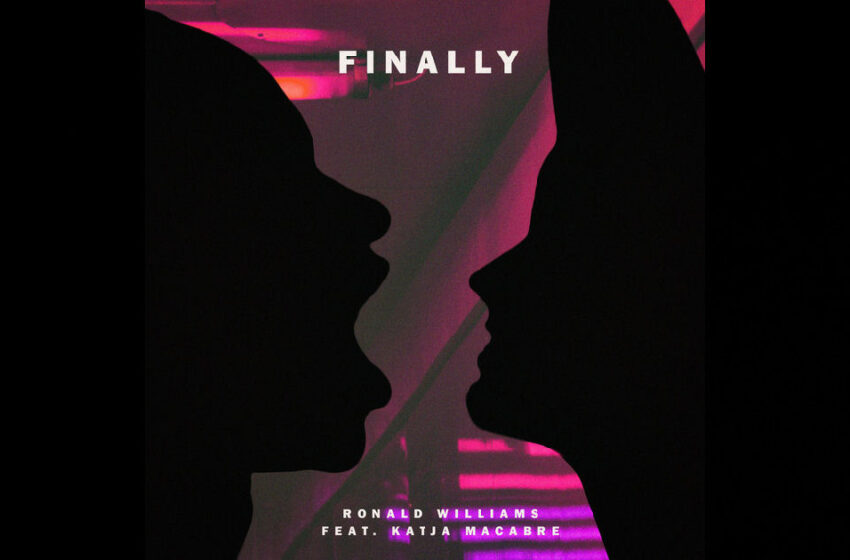 This guy.  If you want to challenge yourself in this lifetime, try to keep this cool cat’s catalog straight.

Here’s an example of what it’s like on this side of the screen.  We’ve got a track called “Finally” here in review today, which originally showed up on an album by Ronald Williams I reviewed in 2019 called Keep My Cool, which has now been refreshed for his upcoming album Magnificent, but not to be confused of course, with the record called Magnificent from back in 2018 when we first bumped into this dude.   The other track, “Entering Funk Avenue” will be on the album coming afterwards, called Funk Avenue, but again, not to be confused with the record of the same name from back in 2018 either.  Say whaaaat?  Ronald, Ronald, Ronald…I tell ya my man…we gotta sort this stuff out for good & get this train a-movin.’

Because we could spend our lives justifiably tinkering around with one song while we could be making ten others.  To be fair to Ronald, he kinda does both really…but it’s tough to keep up to this guy reaching backwards & forwards & arguably making lateral moves through his career when he could be plowing ahead into the unknown & tunes he hasn’t created yet.  And then of course, on the other hand, I like listening to the guy…so a refresher on what he’s kinda sorta putting out there into the world (maybe?) is always a good thing too.  I wrestle over the arc and evolution of RW probably just as much as he does.

Alllllllllllllllllll this being said – and of which he already likely knows how I feel about after all this time I’ve spent listening to his music develop over the years…I can’t argue against results like this.  When I first heard “Finally” way-back-when, it was a solid idea that needed a polish…and to say that’s all it got here would actually be putting it beyond mildly.  In terms of powerful tunes – “Finally” should practically blow you right across the room with its spectacular dynamics and mind-blowing vocals on display – and if you thought you had any idea of what the music of Ronald Williams was all about, this cut will absolutely have you guessing again by the time it’s all said & done.  The line from point-A to point-B is brilliantly twisted along the way from a sound that’s similar to what you know from RW’s past, to a blast of savage Metal in the middle of this cut, and right back again into his soulful style afterwards.  Hybrid don’t even cover it y’all – Ronald and guest-star Katja Macabre are spectacular here as they transition through the different dimensions this single experience has to offer, and vocally blow the roof right off by the time it’s all over.  The best & easiest way I can put it, is that if “Finally” had what it has now way back when I first heard it, I would have certainly credited it with being more than just a great set of ideas – this is what it sounds like when a song reaches the maximum potential you knew it had somewhere inside it all along – perhaps even beyond all expectations or the wildest hopes I could have had for it with the expert use of its redesign & extra minute in this new variation.  As much as I wanna hold Ronald’s feet to the fire and tell him to move on to the next tune ALL the time – when you shine up a song to this incredible level, it’s damn near like an all-new experience anyhow.  You gotta understand folks…I’m a HARVESTER…I have my old copy of this track and know exactly how far it has come and the monumental changes that have been made to it from its structure to production, to the electrifying appearance of Katja Macabre crushing it in the twisted Metal finale & throughout this new version.  If you knew what I know…or if you’re a longstanding fan of Ronald’s that has caught these snippets of what he’s released unofficially or officially throughout the years…you’d know what he’s accomplished in the amount of changes made to “Finally” should win the guy awards…you wouldn’t think twice about handing him the hardware for all that he’s done to this tune to shine it up to its maximum potential.  Like the great Anchorman Ron Burgundy once said, “I’m not even mad – that’s amazing” – that’s how I feel about listening to results like this…I’m genuinely in awe of the heights this song has reached & RW deserves real credit for sticking with it until it reached his vision for what “Finally” could truly become.

Just as long as we’re in agreement on this – right Ronald?  If you continue to tinker with “Finally” from here on…I might just have to question your judgment in that instance sir…this IS as great as it could get.

I don’t usually pull too many quotes from behind the scenes & social-media & whatnot, but Ronald put what he wanted to communicate through this skit/song combo of “Entering Funk Avenue” quite likely better than I ever could myself – so here’s what he had to say!  “It’s a skit and a song to go with it as a little story.  It’s like I come across this place called FUNKY FRESH TASTE and I think it’s a place for food, but it’s actually a place where there’s a portal that takes you into another world called Funk Avenue.  Funk Avenue is where you can be whatever you want to be, and have fun with no rules and no worries.  If you’re a loser in the real world, you’ll become a hero in Funk Avenue….metaphorically speaking…”  Two things can be, and are true – the first being, Ronald does a great job with “Entering Funk Avenue,” and the other being I’m still never gonna be the guy to advocate for skit tracks even despite that & no matter how good they might be.  I get it, I get it, it’s a stylistic choice and it’s one that’s been made countless times throughout the years on timeless songs & records of all kinds as well – I’m not disputing whether or not they’re done, just whether or not they’re ever as appreciated by the listeners out there as much as the artist creating them, you dig?  I’m not ever gonna be the ‘get to the chorus’ dude, but skits always have me instantly wanting to get back to the music, no matter who ya are, what you’re saying, or what you’re doin’ – so for me, I ain’t gonna lie, “Entering Funk Avenue” is about as good as any other in that regard for myself personally for the skit-side of its length.  As Ronald twists this tale into a tune with about two-minutes left on the shot-clock, that’s where I started to perk up a bit and get myself more invested on those subsequent spins through it.  Don’t get me wrong, on a first spin through any skit, I’m bound to pay just as much attention as I would to any other tune, if not more-so – I really like the story he’s crafted for this overall and admire his creativity & theatrical spirit…but I’d tell ya the same is true of almost any skit on any record out there, once I’ve heard it once…maybe one more time…I’ve got the idea & I’d just wanna move onto the music.  Not everyone out there is gonna feel like I do on this, and that’s obviously a good thing in this case; I think Ronald’s done a good job of satisfying both worlds by giving the skit-lovers something they’ll dig, and morphing this into music thereafter…he makes it hard to complain for either side of the argument by including both in this one experience – well played my man, well played.