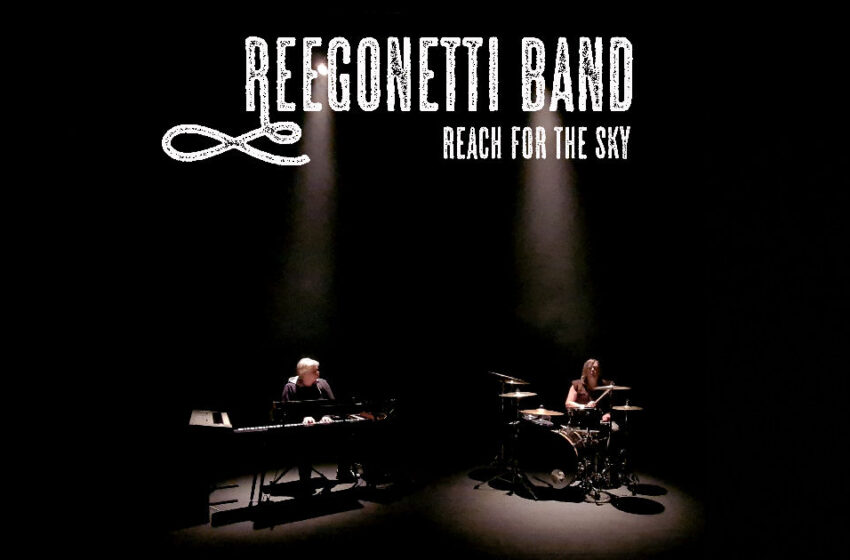 As you would have heard by now on the most recent episode of the SBS Podcast, two musical-outsiders, Börje Reinholdsson and Ronald Vikström, have been on quite the journey to get their music out there into the world.  Based out of Sweden, Reegonetti Band is a project that’s essentially been nearly four decades in the making – how rad is that?  According to the legend online, they first got back together around 1981…and they’ve either hit that fourth decade by now, or it’s just around the corner…one way or the other, that’s a heck of a long time ago!  Like I’d mentioned on our show earlier today, there have been points throughout those forty years where they’ve crossed paths several times, but from what I can gather from their YouTube clips & videos online, it looks like Reegonetti Band really got goin’ again at some point in 2020, and they have been building up their material to give it all a real shot ever since.

And here we are, now in 2021…at long last they’re getting their music out there into the world, together, just as they intended to so very long ago.  Personally, I think a story like this is massively inspiring…as I said on the SBS Podcast, it’s full proof that they never really gave up on the idea of making music one day…they were just waiting for that right time to do it, and now it’s finally here.  That’s gotta feel great folks – can you imagine?  I think it’s awesome they get to check this off their bucket list once & for all, and they’ve still got plenty of time left on the clock to get a whole bunch of tunes out there.  Which, incidentally…I also pointed out on the show – Reegonetti Band has plans for an entire album coming soon from what I can see in their social-media posts online…stay tuned to their pages for details!

So while the facts are indisputable that a band with a lead-singer/drummer & a keyboardist would be among the rare in the scene to begin with – Reegonetti Band also chose to challenge the norm even further by going their own way when it comes to the sound of the music they choose to make as well.  As a kid growing up with my father being a professional keyboard player, believe me – seeing these kinds of multi-platform set-ups that you’ll see in the video was common to be found around my household…and I’ve never taken that experience for granted.  I’ll definitely be sending him in the direction of Reegonetti Band though, because this would totally be his jam…they’ve got progressive tendencies in their writing, they’ve got powerful vocals & stunning musicianship…they execute with passion & professionalism…and when you look at it that way – shouldn’t this be everyone’s jam?  I loved listening to the intense combination of the keyboards & drums in this tune…it’s got more of a Pop-style design at the end of the day, but it still has you recalling other keyboard-centric bands like Dream Theater & the like in comparison…you can hear the skills between them and their ability to execute.  I might personally be more attached to the verses than I am the chorus, but I can absolutely understand that’ll be likely the reverse for a great many of you out there listening…I think you get a bit more of a balance between the music & the vocals in the design of the verse and intentionally so – when it comes to the chorus, same thing, it’s completely meant to be driven by the payload of the vocal melody there.

So in terms of the technical stuff…you ain’t gonna find any kind of major flaws…Reegonetti Band knows what they’re doing, they’ve had years of experience in other projects, and now they’re free to let loose with all the wisdom they’ve gained & hit the ground running right away with all their combined talents.  As to the sound itself – they know they’re on the fringe…I’m not telling them anything they don’t already know by saying that…but don’t mistake that for something that suggests a song like this doesn’t have enough hooks to pull you in – “Reach For The Sky” has got plenty.  Some are fully tangible…like the uplifting sound of the vocal melody…others are less tangible, like the passion they sing & play with – we might not recognize that as a traditional ‘hook’ exactly, but that’s truly what it equates to – Reegonetti Band plays this song with the triumphant spirit it needed, and as a result, that becomes a verifiable hook too.  Then there are things like the instrumentation & songwriting structure…which for the dedicated musicians & music-heads out there, you know you love this kind of stuff!  “Reach For The Sky” is loaded with depth, echoes the sentiment of the band itself through its lyricism, yes – but it’s the way they play it gives it that expressive & victorious vibe it really needed to tie it all together, make it believable, and make it work.  Tons of fans out there that dig on songs with a classic sound to its core like “Reach For The Sky” – you can hear that it’s built completely by true professionals with a real respect for music’s history, and the results you’ll hear on this single echo that care for the craft & passion driving them now.

Reegonetti Band could have theoretically never come back at all after so many years apart – you gotta recognize that what has brought them back together is the music, man – they WANT to be doing exactly what they’re doing…and that kind of genuine desire, passion, and interest will always generate appeal on several levels that the masses out there will like, love, or at the very least respect.  They’re playing with purpose & a whole lot of heart, and that’s bound to make a real difference for many listening ears.

Find out more about Reegonetti Band at their official page at Facebook here:  https://www.facebook.com/reegonettiband