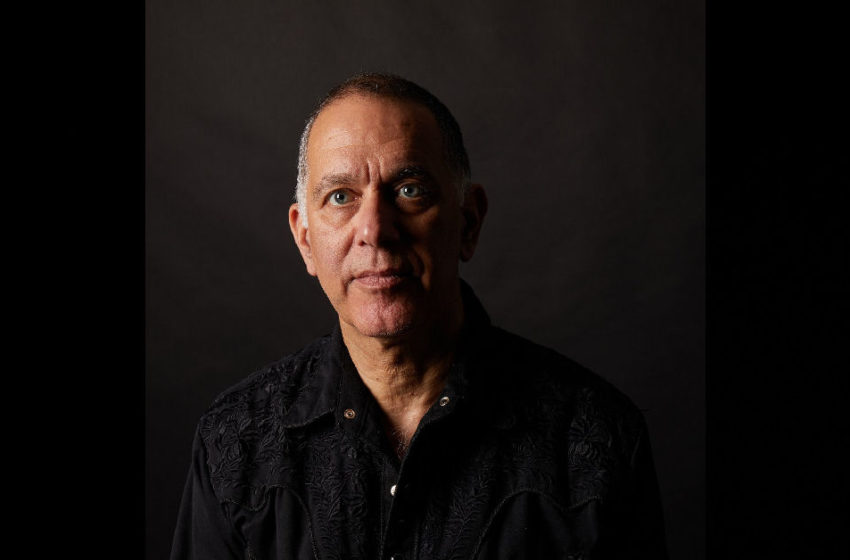 I’ve always admired artists like Ray Bally that have the ability to say what they really wanna say.  Especially when it comes to singing & songwriting aspect; not only do I think it’s actually harder to create music without a typical rhyme-scheme adorning the lyricism, I think it also takes a ton of courage to go that route.  The results however, always speak for themselves – you get a whole lot more out of the words…it might be a whole lot more rare due to the intrinsic complexity involved, but it’s certainly rewarding to listen to when it comes out right.  It’s also a perfect example of a singer that understands the core of the melody they’re working within – in fact, you probably couldn’t pull it off otherwise.  Ray Bally gets this; sure there’s the occasional rhyming couplet of lines here & there, but for the most part, he comes in, he says what’s really on his mind and in his heart, and it makes all the difference when we listen to his music.  It’s been a while since we’ve had the man on our pages – we last featured Bally’s tunes here back in 2016 with the release of his BodyMysterySplendor EP; he’s back in fine form this year with a couple new additions to his catalog, two singles, “Love Is A Fluid Game” and “One More Kiss.”

The first cut dates back to the summer of 2019, with “Love Is A Fluid Game” being released in July of this year.  From the looks of things, it’s likely a family affair – it’s either that, or some extremely coincidental last names in half of the six-player band groovin’ on this single.  As those that have been there will tell ya, there’s some good & some tougher parts about playing with people so close to you; it’s arguable that you can hear a lil’ bit of both those aspects creep into this tune every so often.  For the vast majority of “Love Is A Fluid Game,” I really dig what I hear…it’s kind of like…hmm…kinda like something akin to a Neil Young tune…or maybe Crosby, Stills, Nash, and Young.  You might even say it draws close to the way the Foo Fighters tend to jam out on the classics they love, letting loose and harmonizing sweetly on timeless tunes they truly love.  Essentially, the inherently gentle & delicate melody that pumps the heartbeat of “Love Is A Fluid Game” comes out resoundingly strong, even as low-key and chilled-out as it truly is.  Ray is as ever poetic as we know him to be – lyricism is definitely plays a large part in the music he creates, and he flexes that muscle with an insightful set of words that deal with love, religion, loss, and more.  Make no mistake, he’s written a song that’s open to a whole lot of interpretation, while still at the same time expressing his thoughts, feelings, and emotions as directly as possible.  The push/pull dynamic of love and relationships runs prevalently throughout the words, and you can genuinely feel how both beautiful and harsh it can be to experience based on what’s being sung and the imagery that Ray has written into his lyrics.  For the most part, when it comes to the music, it’s a seriously smooth ride into a classic-rock style of sound that’s fully enjoyable…I had a few moments here & there with trying to figure out if the lead-guitar or the bass worked for every single second of this tune, but they’re in-line with where they need to be.  Could it be tighter in the music department?  Sure.  I’m willing to admit that…the parts themselves all work really well, the idea is strong, and certain elements like the vocals shared between Ray and Leroy Owens and the keyboards from James Bally shine brilliantly.  Now ask yourselves this…and be honest…wouldn’t you trade a few quirks here & there for the opportunity to play music with the people you love most?  I bet you would – I know I would!  Besides that, sounding organic with the occasional flaw has a certain charm to it – and really, that’s one of the most defining aspects of what you’ll hear throughout the entire song…it’s as charming as it is bittersweet.  For myself personally, I think the vocals here on “Love Is A Fluid Game” stood out to me as the strongest element of the whole shebang…Owens and Bally sound excellent together and get a perfect sweetness in the parts they share & harmonies they create.  The real bottom line is, the idea comes out clearly and the hooks are executed with tangible passion you can audibly hear – Bally’s songwriting stands out for its poetic & artistic values, and the band combined brings out the heart in the melody as they play through this tune.

“One More Kiss” is the most recent single from Ray, released in November this year and featuring a slightly different lineup with the addition of Calvin Freeland as a third guitarist, and Dennis Young on the marimba and percussion, swapping out for James Bally; other than that, 5/6 players on “Love Is A Fluid Game” are on this second single as well.  Though it does drop the Bally-count down by 1/3, it’s always awesome to see a band of players that stick together and hear in the music they make, that they really wanna be there – and you get that from this crew of talents for sure.  “One More Kiss” is also half the length of “Love Is A Fluid Game,” clocking-in at just over two & a half-minutes in length; it might be a shorter timeframe, but Ray & his cohorts know how to use the space they got & make it entertaining for ya.  The guitars put on a wild display of personality and exceptional tone from the get-go – and overall, things sound tighter here and more evenly mixed when it comes to the band all-around.  That could be the effect of time in between tunes; it could be even simpler than that – maybe they’re all fully dialed-in to this track, it sure sounds like it.  I very much dig that the balance between worlds has been restored here…the quality in the music & vocals are much more equal…though I have to admit, I think it’s the vocals that spring to life in the chorus of this cut that attract my attention the most if I had to pin it down.  That’s a huge hook!  And true to form, it retains that organic & naturally smooth vibe in the way it’s sung to make it work as well as it does – Bally and Owens put in another exceptional performance on the microphone when it comes to the harmonies of “One More Kiss.”  Also true to form is the poetic nature in the lyricism and the themes of love, relationships, and the emotional confusion that comes along with it all, again proving that the words of Ray Bally certainly account for a lot of his material’s allure.  “One More Kiss” is a master-class in contrast – the boppy chorus and sweet Funk in the music expresses the sincere happiness of a man describing love, while the verses surrounding it explain how tough that same love can be – so you get a solid mix of both what makes it worthwhile and so personally tormenting at the same time.  Is it a stronger single than “Love Is A Fluid Game” though?  That’s the question…and ultimately, I think both songs have the charm & harmonies working so strongly in their favor that they do warrant their single status.  That being said, “One More Kiss” certainly has the edge when it comes to a radio-friendly length, its sunnier disposition, and its arguably tighter performances.  The vocals and lyricism are a full checkmark in the win column for Ray once again, which is nearly a given in the music he makes, but the level of focus found in the music raising the stakes sweetly surrounding the singing and the charisma on display likely also makes this a more accessible track for the masses out there as well.  Chronologically speaking, you can hear that time and experience playing together has tightened up the corners on “One More Kiss” – even with its inherently loose groove and playful vibes, you can tell that each of them brought their most serious A-game to the music on this cut.  Songwriting wise, I felt like “One More Kiss” is essentially just as strong as the ideas of “Love Is A Fluid Game” are…I wouldn’t take any points away there, they’re both excellent tunes in that respect.  It’s the execution that probably gives “One More Kiss” the advantage of reaching a few more ears out there, and there’s no doubt that the built-to-sing-along-with chorus is designed in a perfectly accessible way.  Both good tunes in their own separate ways – it’s great to have Ray Bally back in the mix this year.

Find out more about Raymond Bally at his official page at Bandcamp here:  https://raymondbally.bandcamp.com