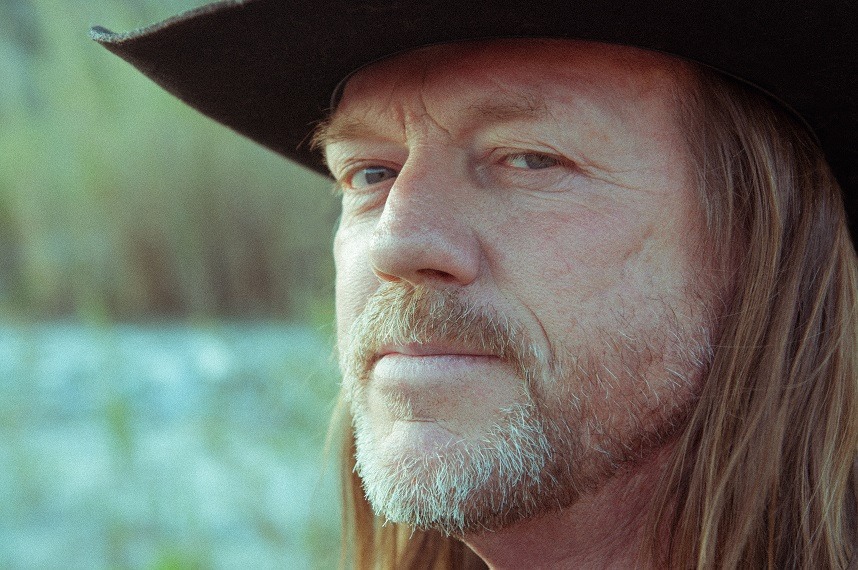 SBS: Ray! Buddy! Pal! Thanks so much for being here and taking some time to talk to us! I’ve got lots of questions…but we’re gonna have to get pretty serious right off the drop here my friend…first beginning with, where the heck did your website go? Brother-man! For real! We’re supposed to be able to (or at least hoping to, as fans) check into what’s up and what’s happening with the music my friend…and even though we’re connected to you at Facebook – your last update there wasn’t even LAST YEAR Raymond! In our world today…as much as I like to think the music still speaks for itself…it still needs to get out there somehow – so what gives man? I know you’ve got a brand-new single coming…and we’ll get to that…but what’s with all the time away? I can tell you’re not a massive fan of the social-media world…and I get that from the vibe & persona of the man I see behind the music…but really dude – it HAS to get out there somehow…so how do you go about it and where have you been?

Ray: Well apparently you’ve got to keep up the payments on web hosting and domain sites! Who knew? LOL! Unfortunately the person who used to take care of that for me neglected to let me know when she took half (or more) of everything I owned and left town! Go figure! It’s all back now and soon I’ll be creating a new site to better reflect where I’m at now. I’ve gotten worldwide air-play on my first 3 albums (all done by myself in the past) but on this next one I’m gonna seek a bit more help.

SBS: I’m assuming you’ve been continuing on playing live when you could have been throughout the past couple years. What’s a memorable highlight or two from the stage-side & perspective from your last few years onstage? What makes a Ray William Roldan show rise-up to the maximum potential of where it can go – what does it take to get that perfect night onstage?

Ray: I have been performing sporadically over the past 2 years as a divorce, acting classes ( to enhance my performance abilities) raising a family ,running a small construction biz and writing close to 40 songs in the past 18 mo’s have taken a great deal of my time! I have been in the studio a good bit too!

My goal will be to touch the folks with who I am and where I’ve been. The best highlight I can recallIs being up onstage alone just me and my guitar and seeing tears in people’s eyes. I wrote a song a couple of years ago inspired by my friend and then neighbor Ed Avery who’s a 87 year old hot rod gear head who builds racing Model A engines In his shop out back. It’s called “Church of Burnin’ Steel”! When he and his daughter saw the video of me performing it live they both had tears in they’re eyes and later she brought me aside and asked that I play it at his funeral someday! I don’t know about anyone else but thats a highlight for me!

SBS: I have to admit…going back to this whole missing-presence in the online-world thing…it actually did shock me a little! I suppose I’m just used to the opposite…being bombarded by bands new-mail, new-music, new-merch, new-this & new-that…but when I realized that you really haven’t made that presence yet online…it made me wonder if you felt the pressure to be more active in that capacity. And then I looked at the timeline…and I thought…’nope…this guy actually doesn’t ever feel pressure.’ How accurate would you say that is Ray? Seems to me…you’re always gonna be you and the rest of the world is always going to be exactly that as well…so is there any pressure of any kind on you in your daily life or when it comes to your music?

Ray: Well, I’ve always felt the pressure to create, It kind of hurts your heart some times (although in a good way when you just submit to it.) As for the online presence, I feel if I have to push it too much, then maybe it needs a little more time to ferment! I’m gonna get a little more serious about the promo and merch on this coming Album! I think I’m getting a lot closer to what I’m trying to say and how.

Ray: Well they Ray on stage is a bit more nervous at first! There ain’t much in life that scares me like performing does! You pull this stuff out of a place that doesn’t see as much light as the day to day “you” see’s, and that first introduction can be kind of nerve racking. I believe with most artists you’re seeing the deeper part of them on stage and in their art than you would ever see at the bank or grocery store. Least that’s how I see it.

SBS: How has your song-writing progressed and evolved over the course of your career? From back when you first started to take music seriously as a career and up until now – did you find many shifts in your approach or what you choose to write about thematically?

Ray: I’m writing a hell of a lot more love songs these day’s! As I’ve reconnected with the girl I loved in my teens. Experience in life forms so much of what I write about! The woman in my life right now has been my Muse for 40 years and my abilities to write are finally catching up with what my heart has to say. I believe that that is the key. I still love to write blues, country, rock and the combination of the three in many forms but I’m listening to my heart more for the flavoring in these stews!

SBS: You do have a new single out, as I mentioned in the intro and as you yourself already know! “Elevator Song” – tell us about that! I know you’re known to write what you know…but I’m assuming there was more to the story than just a ride up and down between floors; take a moment to fill us in on what this new single is all about.

Ray: My mother had me as a young teen and I watched my kid sister and many others do the same (though my sister became a great mother in the end) . I’ve seen it time and time again where you feel stuck in your life’s decisions like you have no other choices, and it’s like your destined to end up in the same place your parents did! I know that that isn’t true, but for many it sure seems that way. I had written a cool progression and the words just sort of fell in place. Many times the song to something I need to say even before I know I need to say it.

SBS: I’ve always dug on the real ‘storyteller’s vibe’ you’ve had in songs that we’ve put on our show in the past…and here again now on the new single. I thought the new tune had a magnificent flow to the way you did the vocals and really fit the music perfectly…which has gotta FEEL great when you’re singing these stories of yours I’d assume! Do lyrics always come naturally to you Ray? How much time do you find you spend on the words themselves? When it comes to a song like “Elevator Song” and how natural they come out sounding – is that a reflection of a time when maybe the words came to you more easily than perhaps in other songs?

Ray: Each new song is an adventure for me. It’s like meeting someone and getting to know them for the first time. The hard part is not making assumptions before the song fully introduces itself to me. I love telling these stories in song through performance, especially when it all jells.

As I’ve gotten older I’ve learned to respect the words I choose, though I do a little more re-writes then I used to.

SBS: Beyond the new single Ray…what’s coming up next for you? You workin’ on a full album in the background, new shows, new videos? Whatcha up to over there in this year of 2016 Ray?

Ray: I’m working in a few different studios with a few different folks at the consul and I’m writing daily! I now live up in Topanga, CA. where the creative energy is alway’s rockin’. Were talkin’ some new videos and lookin’ for the right cat’s to put on a great live show. I’m also doing some collaborating and looking for more folks to collaborate with and to write for. And I’m recording enough material for at least 2 albums to be released late this year.

SBS: Sir Ray William of Roldan – thank you so much for taking this time with us all! You’ve got the floor here at the end my friend – the SBS ‘Open Floor’ to be exact. Take this opportunity and last space here to mention anything else at all you’d like to, or anything we didn’t end up talking about here in the interview that the public needs to know – whatever you like Ray, the floor is yours! Thanks again!

Ray: I just want to say thanks to you and all the other folks who support Independent artists and what they do. And of course thanks to all the fans and the love they flow to this creative expression.

Much love and a tip of the hat to all!