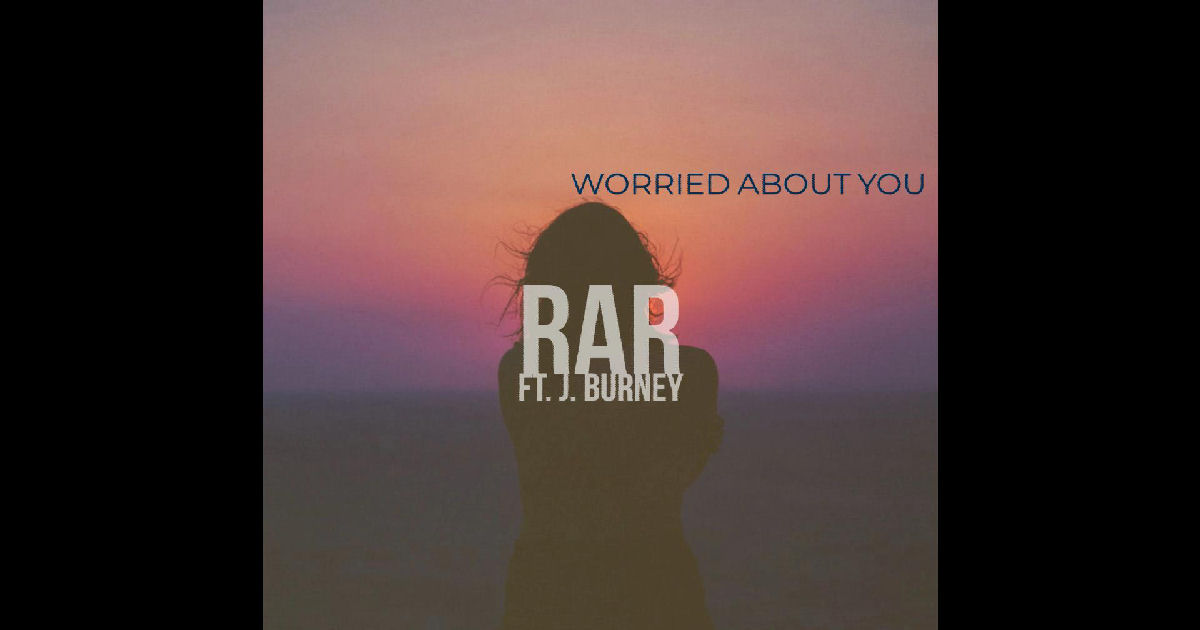 I’ve always believed that one of the most important things I can do in going into a review, that wherever the submissions come from or whatever I read on social-media, I do my best to block outside opinions prior to writing my own.  Because let me tell ya firsthand…ain’t no promoter out there worth a grain of salt if they’re not going to tell you the music is awesome – that’s their job dammit; and when it comes to reviews written by others…well…many of you out there already know it’s actually much tougher to secure an article with genuine insight and real criticism rather than positivity and fluff-pieces.

So when I read something about this new tune from RaR being another great effort or solid tune, my eyes quickly glazed over in efforts to block that out and form my own opinion as best I could.  As their new single “Worried About You” began, I felt like I was listening to a decent cut in a style somewhat akin to the structure & sound of a song by The Weeknd…and I felt like, at first, my impression would remain that way.  Positive, but not like, over the moon…until it happened.

“Worried About You” reveals itself slowly – and by the time the full magic of this song comes into play, you’re right in the thick of it, helplessly enjoying yourself and never wanting it to end.  With a spacious beat starting the song, the electronic wizards of RaR, Rich and Raymo, string you along in the most professional and precision ways possible, giving you more reasons to listen the longer you stick around.  From the bright piano sounds that float through the atmosphere to the gentle beat that creeps into the energy, RaR keeps their movements subtle & highly effective the entire time, maximizing the clarity and delivering another truly stunning production all the way through “Worried About You.”

J. Burney comes out sounding 100% perfect on this single, right from his first notes to his final ones – he’s an exceptional fit for this song and has a wonderfully expressive vocal style that’s highly addictive to listen to for the sweet tones and incredible range he puts on display. The verse comes out sounding great, as do the main hooks of the song the first time you hear them…but that’s where this song displays a real twist in the magic as it shifts subtly in its sound as it flows – the next time you hear those same hooks, there’s just a tiny bit more added to it…and somehow, it makes ALL the difference in the world. “Worried About You” is a genuine case of every second going by getting better and better and better.  Once that beat kicks-in at around 1:20, you get that sample of energy that lets you know, somewhere else down the line, it’s going to make a comeback…they break it down for a moment into another emotional verse from J. Burney, and then that’s exactly what begins to happen.  From the second minute forward, once those hooks reveal themselves again, you get so lost in the swirl of melody that you’ll never want to find your way out…”Worried About You” is revealing its full potential and pulling you in, exceeding all expectations & maximizing the impact of the sound of their new collaborative effort.  Lyrically, it’s gorgeous – it’s a song about being helplessly in love with someone from afar…someone you just can’t get off your mind – I’m sure many of you out there can certainly relate to that, I know I can.  While tugging at the heartstrings in the words, J. Burney puts on such an exceptionally versatile, controlled and pro performance that damn near stops time around you to listen…like my jaw is on the ground in awe of just how much JUICE and LIFE he’s put into the veins of this song’s main hooks – it’s beyond impressive just how expressive he is with his vocals and how flawlessly he nails this tune.  Saving a whole bunch of fireworks and additional supporting vocalizations for the end, RaR has found themselves another key voice for their music that ears are absolutely going to respond to.

By the time “Worried About You” enters its final minute, I’ve already been sold about twenty-times over just getting to that point over the course of the minute before – like I said, it just keeps getting better and better…and by the end of it, I actually wished it was going to go on forever, rather than just the 3:34.  So be warned…if they don’t break your heart through the lyricism and emotion in the vocals, RaR might just do it through song-length!  ”Worried About You” becomes a beautifully unforgettable experience in music and I straight-up couldn’t get enough of the stunning performance from all concerned on this collaboration.  LOVED this single from RaR & J. Burney – they nailed this 100% and really allowed this song to grow, expand, & evolve into a powerfully moving & strong new tune that speaks volumes on behalf of the expert skill and sincere melodies this electro crew is capable of.

Find out more about RaR from their official page at Facebook:  https://www.facebook.com/RARmusicgroup/