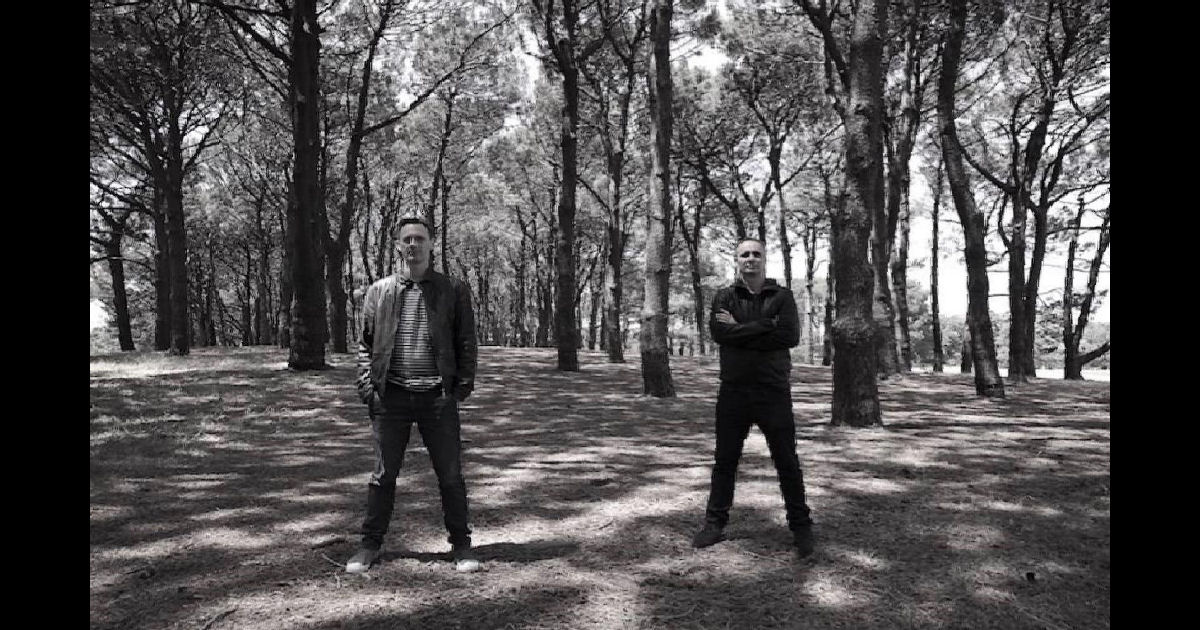 All the way from the shores of Australia, EDM duo RaR are making waves throughout the scene with their new single “Darkness” according to what I’ve read about’em…sounds like the people out there are genuinely responding to this vibrant cut they’ve got.  Featuring the angelic sounds of New Zealand-based singer Elizabeth Robinson – I’d definitely give this collaboration a green-light after what I’ve heard on “Darkness” and I’d hope that they’d all examine this scenario and potentially keep this all going.

First of all, I love piano in amongst my electro…even it’s found mainly in the intro like you hear on “Darkness,” hell, you’ve already found a way to get my attention.  It’s quite ominous in its very first seconds…like the music itself is taking a deep breath before it gets ready to unleash the energy.  A quick intro line or two from the soulful tones of Robinson, and we’re off and running – you can hear the music from RaR (Raymo & Rich) begin to swell and evolve with pure electro-intensity building up fast.

That first pay-off of the drop at just-past the fifty-second mark is everything you’d hope it would be.  Once the beat fully kicks-in and Robinson reaches her most powerful notes, RaR has got the party completely started and the dance-floor set on fire.  I might be old now…I might be into Rock & Alternative music more often than not, but I’ve always had time for a great electro cut and I absolutely recognize a song that’ll pack the front of the stage when I hear one – and this is definitely one of those.  RaR has created a strong electro track with “Darkness” and found a massively compelling and confident singer in Elizabeth to bring this song roaring to life.

Editing, production & mix become equal stars of the show throughout the next minute or so; they have been from the very beginning mind you, you’ll just notice it all more here at this moment once the sound spreads out.  The vocals from Robinson are brilliantly used and placed into RaR’s “Darkness” as the music slowly falls away around her, deconstructing itself cleverly to set up another go at the build-up and pay-off we have already by this time fallen in love with.  The music amps-up the energy perfectly, full of bright electro-synth tones providing a giant melody & hook – but the way it combines with the big & bold vocals from Elizabeth Robinson is where the real magic comes in.  You can hear she felt the inspiration of the music from RaR and got fully invested into every note she sang for this song…the tremendous power in her vocals is hurricane-force strong and could knock your house over.

So…you see what I’m saying here…this should continue right?  I’d sure hope it would – this is a seriously solid single and a wildly entertaining adventure in sound – and it’s all a result that stems from having the right players and pieces of the puzzle involved.  This is one of those matches you hear that just makes audible sense…”Darkness” showcases the balance in their commitment and engagement in recording this song…it’s because of the fact that they were clearly all so dedicated to making the most of every moment on this single that it comes out as well as it does.  A unified vision is something I always think you can hear – and from the sounds of “Darkness,” everyone was on the exact same page.

Exact same page from the book of AWESOME that is.

They keep the party surging full-speed towards the ending – definitely an electro-cut I wanted a LOT more of once it was done…this was put on repeat several times, you’d best believe – and LOUD.  Robinson sounds supercharged in her biggest moments, and the subtle ones like when she’s humming along might even have more hook in them than any other element on this cut…pretty tough call when the electro is firing all cylinders like this to set a perfect atmosphere for those vocals to take flight.  Like I said…I think it’s an audibly incredible job from everyone involved on this – RaR and Robinson definitely get my vote of confidence for the excellent effort & results achieved on “Darkness.”

RaR would still have a pretty nice ring to it with an extra R at the end…I’m just saying.  These three are absolutely a collaboration I’d want to hear more from – they all brought their A-game to this one.

Find out more about RaR at the official Facebook page:  https://www.facebook.com/RARmusicgroup/