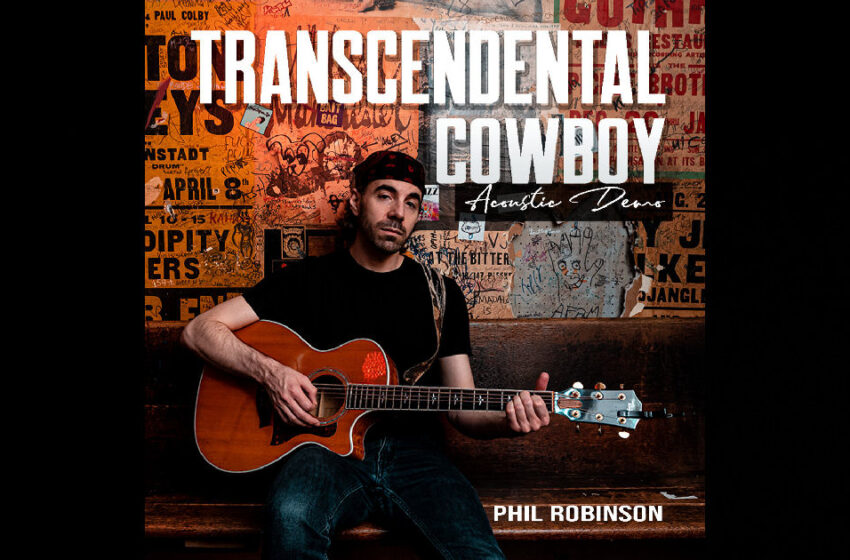 Much respect & love to artist Phil Robinson, who has been doin’ his part to help make the entire scene a better place…and clearly has been for some time now.  He creates tunes on his own solo, he jams out with his band The Bliss Jockeys as well, and he runs a label called Roomful Of Sky Music – it’s guys just like Phil that are the true lifeblood of the scene we’re all so lucky to share.  Sincere in his dedication to the craft and his commitment to the music-community, Robinson is the kind of dude you can look up to for leadership – because you can tell instantly from the way the man plays that this all truly matters to him.  Music that is, clearly…leadership is often a role thrust upon us…but when you’re this passionate & invested into what you do, it quite often comes with the terrain & trail you’re blazin.’  That being said, everything I’ve read about this man so far seems to suggest he’s more than happy to embrace that role.

At the very least, he’s setting a shining example on what community & support is really all about with the release of this acoustic version of his song “Transcendental Cowboy” – which will appear in a full band mix down the road when he releases his record Through The Middle later on this year.  As for this particular version you’ll find in advance, it was filmed at The Bitter End in New York City – at a livestream fundraiser that Phil had organized to help protect & save the iconic local venue during the hardships of the Covid-era.  Not only did he succeed in leading this endeavor to success, raising a massive $24K towards their Go Fund Me campaign, but his efforts directly led to help achieve The Bitter End’s official reopening at long last on April 9th this year.  C’mon now folks – that’s both impressive, and awesome.  Before you even get a chance to push play, just reading about Phil Robinson and his inspiring journey to #SaveOurStages & music-venues puts you more than on his side…the scene genuinely needs people like this guy more than most will ever realize.  It’s never gonna be just talk with Phil – this dude is clearly capable of real action that goes far beyond words, with the leadership qualities it takes to rally and motivate the musical troops.

I really dig the video for this song, shot by director Louise Lau of Offstage Tunes – and I love what Phil’s done here to not-so-subtly communicate the devastation of the music-scene by playing his staple encore cut to a completely empty place, save for a few folks important to making this moment happen over there at The Bitter End back when the benefit originally took place.  As hard as that might be for some of us to acknowledge, recognize, or even look at while we’re watching – this is the reality that musicians are livin’ in right now, and there’s no better way to communicate that than by the sheer absence of people in the space you know you’d typically find them all crowded into.  So I’m lovin’ all that – I think something like this goes beyond mere entertainment & serves an important function that’s equally educational & informative when it comes right down to it.  Song-wise, I’ll admit, it’s a bit far removed from my own personal taste, but I’d never take away from the performance you’ll find from Phil, his songwriting, or style either – I can fully hear just how good the man is at what he does.  From a lyrical perspective – I ain’t gonna lie to ya, I was honestly blown away – Phil puts my writing to shame with the remarkable selection of words he uses, yet still finds a precise way of saying exactly what he means at the same time.  Don’t let his handsome smile or friendly sound fool ya into thinking you’re about to embark on any kind of surface-level song here, you dig?  “Transcendental Cowboy” is superbly written & extremely well performed, containing thought-provoking & descriptive words that are loaded with just as much endearing sweetness & good-time vibes as there are syllables to be found.  I’ll say this – Phil hasn’t just created a simple verse & chorus here folks…he’s given himself a genuine mouthful of complexity that would be no easy task for anyone to master…and that in itself is part of his charm – he makes something as ambitious as this folk-based song actually IS, seem undeniably organic & natural, especially enhanced through the authenticity of its acoustic vibe in this version.  Like, what I’m sayin’ is, if you were to read these words on paper yourself, and try to say them out loud even after studying them for hours, you’d probably stumble in a dozen spots or more – and if the smooth fluidity & professionalism of Phil Robinson on “Transcendental Cowboy” doesn’t prove just how well-rehearsed & ready he is for the moment when it calls – I don’t know what else on earth really could.  He’s clearly a man of music with his heart in the right place – he plays one heck of a harmonica too – and he’s got the kind of personality you can completely tell listeners would absolutely love to party with.  And one day again soon, they’ll be able to – and that’s largely thanks to the efforts of guys just like Phil, who are out there doing their best not only for themselves and for the music they make, but for all of us fans as well.

Learn more about the music of Phil Robinson at this multi-link:  https://linktr.ee/PhilRobinsonMusic