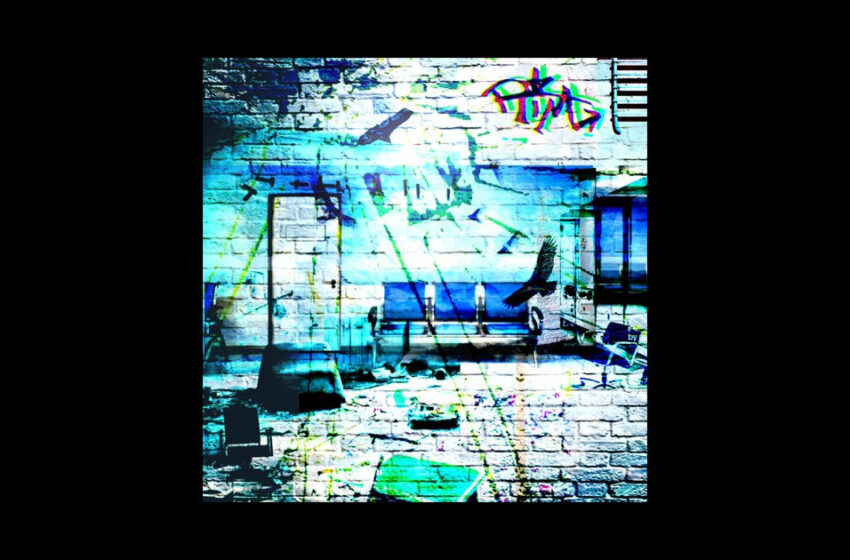 Palm Trees In Moscow – “Drunk At The Airport” – Single Review

As a music reviewer…critic-guy…or whatever label it is you wanna apply to doing whatever it is I do here – listener – I hear a LOT of great things out there in this wonderful and wacky independent scene we share…and I can promise ya, it certainly doesn’t equate to me enjoying every single song or record that comes along my way.  I might appreciate a whole heck of a lot of things that I hear…I might find a way in through some cool solo or part of the instrumentation – but when you’ve got your doors as wide open as this place has had’em ever since we first launched ourselves onto the internet a decade ago, I can say that it is much rarer to discover music that I’d want to listen to by personal choice, so much as I’m listening to whatever comes my way – make sense?  Y’all do a lot of amazing things and you’re capable of even more – I reckon I’ll always be around to listen & point those out…but I ain’t gonna start lyin’ to ya now either after avoiding it for as many years as I have already…it’s really fuckin’ nice to find music that I would listen to in my own spare time when it comes around – and Palm Trees In Moscow makes that.  So for you (five people) that have been constantly wondering (for the past two minutes/length of this intro), what does he REALLY like?  Have a listen to what this project is coming up with, because it’s THIS.  Doesn’t mean I’ll be able to put it into words in any kind of accurate way – in fact, I’d be willing to bet it’s ultimately much harder for me to express what genuinely gels with me more – but that’s what the music is for anyhow…and on…hmmm…June 3rd when this song gets its official release, you’ll be able to hear “Drunk At The Airport” for yourself & get a much clearer picture of what I’ve been talking about.

Or feel free to check out whatever I said back when I first bumped into this project back in October of 2021 in listening to the single “Blood In The Water” – because however much I loved Palm Trees In Moscow then, I continue to now – I freakin’ LOVE what I’m hearing on “Drunk At The Airport” and I’m never gonna get enough time to listen to this song as much as I’d truly wanna, largely due to the aforementioned vocational hazard of having to listen to a whole bunch of other stuff daily.  But if I had my way dear readers, dear friends…I don’t know that I’d be listening to anything OTHER than PTIM.  So there you go…there you have it…right there in black & white…the biggest endorsement I can give y’all.

Anyhow.  You have to dig a bit to piece the history of a project like this together and get the full picture, which I actually kind of like.  Sure it can be nice to find it all lumped onto one page somewhere, but I’m an old-school liner-notes dude that loves to travel down the rabbit hole when I get the opportunity to do so and learn about music I’m truly diggin’ on.  According to what I’ve pieced together from these notes scattered across this dusty desk of mine and the archives of the internet, Palm Trees In Moscow is actually about as old as we are, having originally formed back in 2012.  As a three-piece guided by the core creator in Chris Frantz…they’d release a six track self-titled EP back in 2015…and then the history gets a bit murkier from there.  What I can tell ya for sure is that Chris continues on at the helm today, and that for the past five years or so, he’s been working with various people out there that can handle his rockstar demands of having nothing but GREEN M&Ms in the bowl and pre-peeled grapes in his rider when he plays a show…and there are indeed, more tunes out there online than I’ve written about here.  You can find stuff like “Seconds,” “By Far,” “Strange Medicine” & “Shocked And Delighted” out there in the ether of the internet…just enough to have a suspiciously modest handful that could get this band on stage playing live when the occasion calls for it, which you can also find evidence of online as recently as this year, wherever Palm Trees In Moscow is based out of in Baltimore, Maryland, of the good ol’ USA.

According to the official write-up that comes along with the song online, Palm Trees In Moscow view this cut from this perspective:  “People often build invisible walls and put intangible limitations on themselves; this song is an anthemic cry to break out of the purgatory limbo of life we often create for ourselves.”  Not much else I can say there other than I completely agree…I know firsthand, because that’s where I’ve been stuck throughout 2022, and I’m just doing my own level best to not accept it as ‘the way it is’ and nothing more.  So hellz yes – when Chris sings the main question in the hooks of “What’s it all for?,” I’m feelin’ that with every fiber of my being and right in the pit of my soul…wishing I had some kind of answer, yet coming up blank every time I spin this song no matter how hard I try.  For me and the headspace I’ve been livin’ in…it creates this oddly comforting moment that I genuinely needed and appreciate…I might not have the answer – maybe Chris does, maybe he doesn’t either – but the real reality of it all is, the fact that we’re not alone in wondering what the hell we’re actually doing here is as cathartic as it is entertaining…so thank-you for that my brother.  While Palm Trees In Moscow is going for a more R.E.M.-meets-The Replacements type-sound…which…well…they might hear that in there more than I personally do – I’m still gonna argue tooth & nail the closest thing to this band’s sound is what you’d find in Limblifter just like I did the last time around – any of those names are plenty good company to be keeping as far as I’m concerned.  You regular readers know that R.E.M. is one of my two favorite bands of all-time…so heck yeah, the shimmering sounds of the guitars, I can hear that…the rest though…even though they’re based outta the good ol’ US of A, still reminds me very much of my Canadian heroes in Limblifter…and PTIM is just gonna have to live with my comparison or become fans one day themselves of our deviously brilliant Canadian catalog up here north of the border.

Anyhow.  I’ve kept y’all long enough.  Told ya I spin my wheels the hardest when it comes to music that I truly love to listen to, and bands that I’d never have any business whatsoever advising on how to do anything any better than they’re already doin’ it.  Palm Trees In Moscow rocks my freakin’ world in all the right ways…and if you’re lucky enough to have a set of functioning ears attached to your face, or heck, even just one for a much more mono-version of this amazing band, you should feel the same damn way that I do and be heralding this project as one of the best Baltimore’s got right now for sure, if not the entire span of the independent music-scene altogether.  “Drunk At The Airport” is indie artistic perfection, melodically addictive, mesmerizing & trance-inducing, and it’s never gonna leave my playlist.  It’s the best thing I’ve heard since the last time they sent a single my way – and that’s a trend I can fully get behind.  Keep going PTIM.

Here’s that pre-save link you wanna have, to do your pre-savin’ from, like the good pre-savin’ folks you are:  https://distrokid.com/hyperfollow/palmtreesinmoscow/drunk-at-the-airport

Find out more about Palm Trees In Moscow from the official site at:  https://palmtreesinmoscow.com