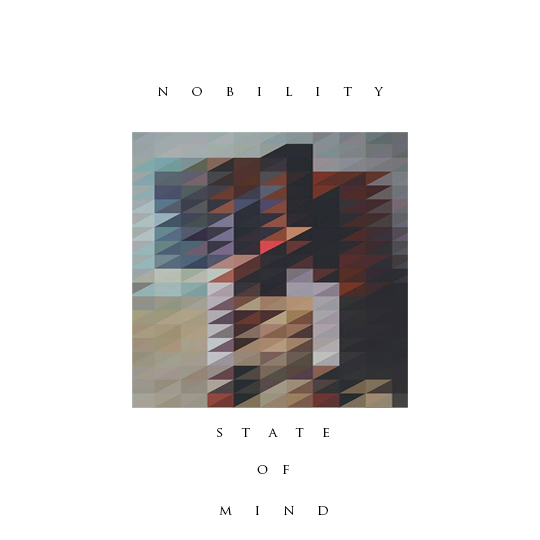 Let me start off by saying that if you’re going to only choose ONE mixtape based on the concept of growing up and living in the suburbs of Naperville, Illinois this summer…well, definitely make sure that it’s coming from rapper/producer Nobility! Okay, okay – yes…I realize that the odds of running into this conceptual idea in TWO albums over 2014 might come with chances less likely than winning the lottery…but c’mon – that’s a damn inventive opening to a review isn’t it?

But let’s face it – all kidding aside, I have literally NO clue as to what it might be like to grow up with today’s challenges, let alone in another country, another city so far away from where I am here in BC, Canada. When writing is based in concept – that to me is always an indication of some truly forward thinking and high-levels of care in the overall assembling of the music and all aspects of it; Nobility provides no exception here. I found that, even just reading through the titles of the tracks before pushing play, I was already interested in hearing the perspective of what life is like from this extremely young artist. Nobility is only eighteen years old – but the depth in his music will convince you he’s been living on this planet for decades beyond his age.

And that brings me to my daily….wait….whaaaaaaaat?

You read that correctly – Nobility is only EIGHTEEN. I even went back and read that again myself after I wrote it down! When you take his young age into consideration, this mixtape quickly moves beyond something made well to realizing quickly that you’re listening to world-class talent and an artist with a massive future in this music-industry.

Right from the drop of the bass in the opening track of “State Of Mind Pt. 1” – you’ll hear what I’m talking about and then confirm it yourself by the second track “The Burbs.” Nobility is an exciting and tremendously skilled MC; with a rap flow that reminds me of one of my own favorite current mix-tape masters, Tyga – this young rap-superstar is already making music that can certainly compete and hold its own when you compare it to what’s out there right now in the mixtape/rap genres. Much like Tyga – Nobility has an incredible knack for knowing where ‘the pocket’ is, and through his wise choices in samples…he’s virtually living in ‘the pocket’ throughout this entire album State Of Mind.

The lyricism is top-notch. Tracks like “All Good” and “I Remember,” showcase his incredibly commitment to style and delivering his lyrics with true modern-day swag. He flows quickly – but make no mistake, this isn’t blurry-rap where you can’t hear the lyrics; Nobility has taken the time as both an MC and a producer to make sure that you’ll hear each and every word throughout this conceptual album. Do the lyrics reflect life in 2014 Illinois? I’m going to give him the credit I believes he deserves and answer that as an affirmative yes. After nearly half the album has passed and you’re listening to the song “Gone,” comes along and you’ve yet to hear a song that hasn’t reflected the extreme amount of thought and care Nobility has put into his career…well, personally I think it’s best we all assume he’s telling us the truth about how life is going over there in his section of the USA. Musically – as each track plays out, you’ll realize there’s zero-point in doubting this young man’s credibility.

Production-wise…you’ll even get a shout-out in “O.U.Y.M.” that will go a long way to revealing just how focused Nobility is on his career; “I’ma be the new Dre.” If there’s ONE true role-model out there for production in rap…I think Nobility has found the perfect choice. There’s a shocking amount of similarities in their approach from bass tones to the consistency of the production itself. I mentioned it earlier – but I truly believe we’re listening to a world-class talent here in Nobility and if the album continues to hold up as tightly in the second half as it has in the first – there’s no doubt in my mind that he’ll find the longevity on this planet and within the industry he’s seeking out.

You can trust your favorite bearded-music-reviewer here…or you can listen to the beginning tracks of the second-half, “Blondie” and “BASIC,” and simply agree with me…cause I’m right.

“Blondie” is a compelling and excellent instrumental…and drifting into the extremely memorable cut “BASIC,” you’ll quickly find yourself movin & shakin-it in your seat to this tune infused with a perfect sample from Sara Bareilles “Love Song.” It pulses with the beat of an instant single that the people are going to love.
I’m a huge fan of the track “KING” which is a lot longer & darker than anything on the album up to this point. The song is an epic for sure…a true heavy hitter that might not be as ‘easy’ to like in those first listens, but there’s no doubt that this is the kind of track that lasts and holds up over time. It’s minimalist…even references the mighty ‘Yeezus,’ who went on to really bring about the minimalist movement in the rap scene we know today. This track is a true nod towards that, and is also proof beyond a doubt that Nobility has got his head in the game, knows what’s current and knows what works. He’s modelled himself after some of the true giants of the game and come out with a viable and respectable style of his own.

As the album winds down…it stays in the trenches and back-alleys…stays a little on the dark side as it moves through “Suicide Note,” but it’s through tracks like this that help you understand why this became a concept album and not just a few tracks strung together. It’s like do-or-die for Nobility – you can hear just how carefully this is all put together and when it comes to quality, Nobility is as serious as a heart-attack. Closing on “State Of Mind Pt. 2” – you’ll hear the real messages from this fresh perspective as he advises you a final time on this diverse mixtape. He’s not here to simply follow the pack – Nobility is here to bring about change and up the game of everyone else around him – and it all starts with this tremendous example he’s put forth here on this mixtape State Of Mind.