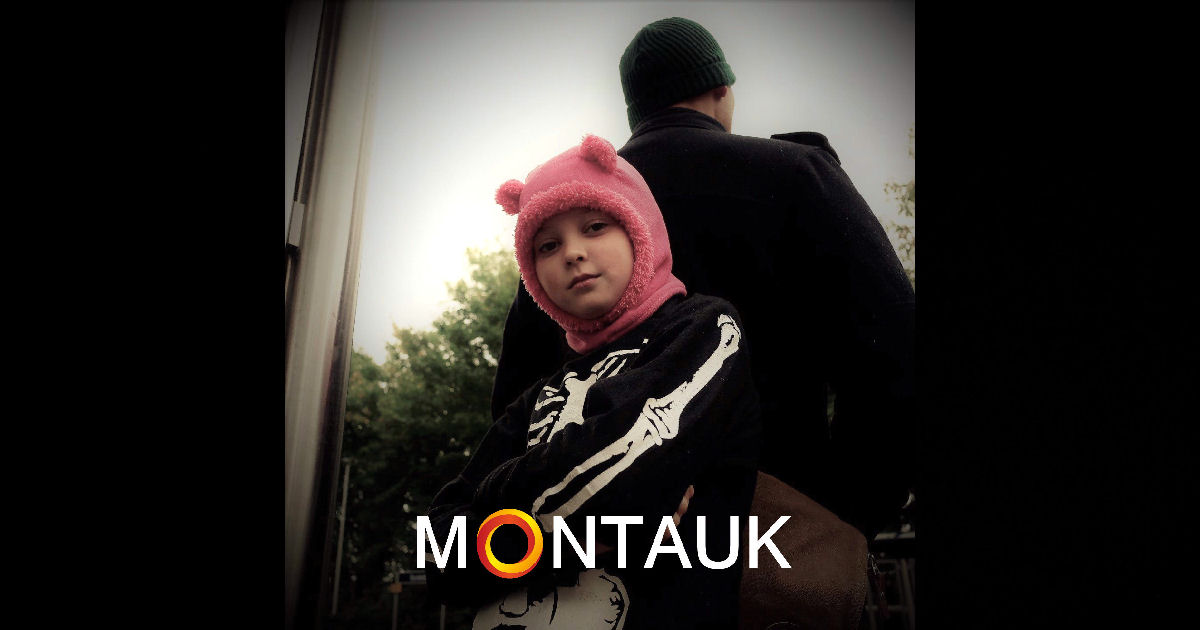 I tell ya…every single time I end up checking out something new from Montauk I just want to go and re-watch Eternal Sunshine Of The Spotless Mind right afterwards, just to make sure I’m catching all the subtle references that I know have been made between the recent album and videos that have come out inspired by that very film.  I still haven’t had a chance for a while now, with being so busy at these pages towards the end of the year & all that comes with it – it’s actually probably been a few years at this point since I’ve watched the film with Jim Carrey & Kate Winslet.  That being said, the profound impact that whole movie makes on a person should shake ya to your core and resonate with you long after it’s over; I know it did for me and I know there’s a ton I’ll never forget about the film that focuses on forgetting things.  Long story short – I remember more than enough about it to know how much work is being put into the music & art of Montauk…and I gotta say, I’m loving the results I’ve been finding.

And in that longstanding tradition of oversharing and being too honest with y’all here at the pages, I’m not gonna start lying to ya now – “Welcome To You” managed to squeeze a few teardrops out of me.  So be ready for that…depending on how much you connected to the core themes & emotions of the film, there’s a very good chance this new video from Montauk could get you reaching for the Kleenex too.  You wanna know the best part about that?  Almost everything you’ll see onscreen in the video for “Welcome To You” could be described as beautiful, happy, endearing, and loving visuals.  Much like when the original movie would make me burst into tears like a damaged water-main, I ended up in a puddle surrounding me here watching this new Montauk video and wondering whether my own tears were happy or sad ones.  That’s how complex the feelings of that entire film & all that it encompasses are – you just start to shake inside & out and you almost don’t even realize why or to what degree it’ll affect you until you really start to absorb what it’s saying & how it could relate to your own life as well.

What I loved about “Welcome To You” is just how much Montauk continues to build this story and keep it alive with newfound inspiration.  Much like what happened in the previous video for “Take Him To Montauk” – the actors you’ll see on the screen will damn near steal the show from the music!  Compliments to the chef…because despite any claims that ‘video killed the radio star’ – that was some time ago; we live in a new age where each set of eyeballs has seen more than their brains can handle & hang onto – so to stand-out visually isn’t exactly as easy or engaging as it used to be.  What Montauk is doing, is completely adding on even more art to art itself – the videos being made complement the songs on the self-titled record fantastically, and they truly enhance our ability to understand, see, & hear the inspiration for what led to the music on that album, which was released earlier this month.  Massive credit to Landon Kasten, who takes on the role of a young version of Jim Carrey’s character Joel, and to McKenna Flory, who also shines as the younger Clementine played originally by Kate Winslet in the film – both of these two are magic onscreen and do a spectacular job of bringing the emotion alive for us all visually to get even more into this single.  Best way I can put it without giving it ALL away, is that they are magic in their scenes together – but in the few moments where they’re apart, that’s likely where you’ll see those tears start falling.  Imagine for yourself, a scene where, you meet your loved one at a certain spot that means something to you and to your relationship…just imagine for a moment…that something you knew was supposed to happen, like meeting that person there ALL the time reliably, day after day, was now something you had to wonder about & question if it would happen at all…or perhaps even more dramatic, ever again?  So for myself personally – watching Landon go through that in his mind onscreen was extremely powerful…I don’t think he could have nailed it any harder than he did; it might even be arguably the smallest part of the entire video time-wise, but it’s absolutely its biggest moment.  And if it’s not that – it’ll be the one that comes right after – watch!

You see?  You hear?  It’s a beautifully excised part of the story come to life again onscreen – and in combination with the music, you genuinely feel these experiences from Montauk deep inside you.  Ultimately, I think this follow-up single is a stronger tune from the record with bigger hooks that present a bolder energy from Montauk that also raises the stakes from the smooth & chilled-out rhythmic sounds of the lead-single “Take Him To Montauk” – and that the video here for “Welcome To You” continues to expand on the story being told here overall extremely well.  The work & effort have clearly been put in – the shots are beautiful, and hey, I mean, Montauk’s got actual actors goin’ on here, so you know this isn’t any run of the mill kind of indie video – this is super high quality stuff & standards for sure.  But I love that you can tell Montauk hasn’t been willing to compromise when it comes to what’s being sought out here from the art…there’s a dedication & focus thematically that is a mountain most couldn’t climb or dare to in their own creativity, yet it’s all being pulled off spectacularly here in both audio & video in ways that come out so impressively organic & naturally suited you can’t help but notice.  It all induces an oddly comforting & gorgeous vibe…like knowing everything is in its right place.

Huge credit to Scott Lambson for the incredible job of directing “Welcome To You” – I think he really got the best out of both Landon and McKenna and visually complemented all the key elements of what this song is about and the specific moments from the movie & stunning emotions it deals with.  At the end of it all, the song “Welcome To You,” is echoed beautifully by the onscreen scenes…a real harmony exists between the two mediums that Montauk is using for the art, resulting in a joy that might not be easily explained, but certainly one that we can all universally understand in our hearts & in our minds.

Find out more about Montauk by visiting the official pages below!