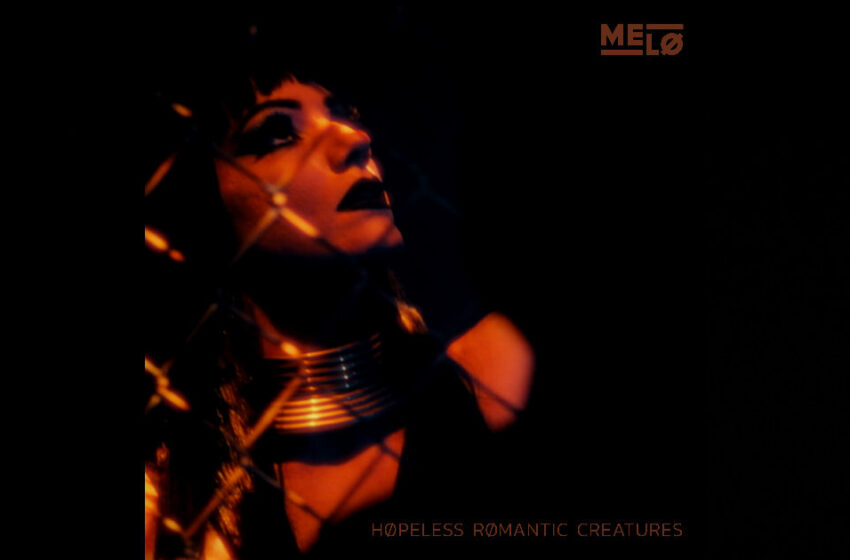 It has definitely been a busy year for this synthetically special artist based out of Canada – MELØ has released a whole lot of tunes in 2022 so far, and we’ve been there from the beginning to see the excite build alongside the momentum.  What began with the release of a single called “Mysteria” that dropped as the new year began, to the more recent EP he put out this summer called Things We Lost, there’s no doubt that MELØ has been making moves that count throughout his breakout year, and no surprise, he’s already back with another brand-new tune called “Hopeless Romantic Creatures.”  Because that’s how it goes folks…when you’re interested, invested, and inspired as an artist, the music comes flowing outta ya – those of us that have been around the scene for years know exactly how this stuff works and could practically measure passion by the amount of material that ends up coming out from any artist or band.

So let’s see here…where would I put this latest tune in relation to the previous tracks I’ve heard from MELØ to-date so far?  I suppose that’s the real question, ain’t it?  I’ll say this upfront first before we get into anything else, he should be immensely proud of his consistency as an artist overall…that’s probably what stood out to me right away the most.  MELØ is the kind of artist that’s creating a highly reliable catalog whereby if ya like one song, you’ll more than likely enjoy them all – and that ain’t easy to do.  He’s drawing largely on the nostalgia of sound…but certainly no more so than how an artist like The Weeknd currently exploits that ol’ 80s vibe inside his music, and you already know how much that’s caught on around the globe again.  Sure there’s always going to be an argument that there’s a little bit of ‘been there & done that’ for those of us that have logged a few years here on Earth, but what’s tried, tested & true, can definitely be a reliable approach when it comes to the cyclical nature of the industry.

While I’d probably say that this sits somewhere in the middle of my list of favorites from MELØ’s catalog personally, I’m very much impressed by the work that’s being put in for sure.  Whether it’s the high quality of the song’s performance & production, or what you see in the slick & stylistic video he’s got supporting it – MELØ has a great grip on the sound he wants to create as an artist, and he’s making the most out of every moment in his music and that certainly counts for something in this world I’m living in.  Hooks-wise…I’m probably a little more tossed up on that particular aspect…I feel like I might remember the song itself more-so than I would any one part of it after about a year – make sense?  Like if someone asked me in 2023 if I’d heard MELØ’s “Hopeless Romantic Creatures” I’d absolutely be able to say yes, remember that I enjoyed it, but probably not recall why as readily as I could with songs like “Mysteria” or his title-track “Things We Lost” from the EP released earlier this summer.  Like I said…consistency is the real standout element here… MELØ’s done himself, his sound, and his fans proud with “Hopeless Romantic Creatures” in that respect, and there’s every reason to be happy with that kind of result.  The lead vocals are on-point, the details added in through the backing vocals are awesome, the gothic tinge/underground club vibe that the video creates works wonders, and the music itself is flawlessly executed…it’d be hard to be unhappy with results that speak volumes on behalf of an artist’s professionalism, even in the event that it’s harder to pinpoint what would or wouldn’t make this song as memorable as some of his others.  The point is, it fits snugly right into his catalog of tunes so far, and if you’re an existing fan of MELØ’s music, it’s pretty much a guarantee you’ll be stoked to hear this too – as to whether or not it’s quite got enough depth to draw in new ones, that might be more up for debate.

In any event, all we can ever do as artists or bands is put everything we can into something, and be satisfied that we DID that…the rest is all a series of opinions in a sea filled with’em, and ultimately, even I’d be the first to tell ya that what anyone says, positive or negative, really doesn’t matter.  Making music is all about satisfying what you wanna do…and as long as you stay true to that & do things the way that YOU wanna do’em, believe me, that method is always going to lead you towards your best results.  I personally think that MELØ’s still got plenty of room to add more of himself into the music that he’s making…but that’s from the aspect of a person that considers that to be an important part of what makes a song truly connect – and not everyone out there necessarily feels the same way.  Right now, I can still hear the writing…a noticeable effort to create something specific, as opposed to the organic way a song comes out when it’s something genuinely attached to the person behind the music…and that’s an aspect that shows up in countless scores of bands/artists out there, especially within the digital & synthetic realm of sound…it simply becomes much tougher to communicate sincerity in that regard.  MELØ’s making a more mellow version of the dance-club vibe to begin with though…so really, none of that would be the number one priority, so much as making a song you can feel in the moment, a song that could be the soundtrack for a single night…and I’d be the first to tell ya that “Hopeless Romantic Creatures” would fill that role pretty much perfectly.  It’s all about the kind of artist we want to be and what we wanna do with our music… MELØ’s still at the earliest stages of his career in that respect, still rockin’ in his breakout year, testing the waters, and discovering what really works not just for us, but also for what satisfies his own creative desires as well.  So far so good in my personal opinion – you can’t ever really ask for more than flawless execution & relentless professionalism…the rest is all merely opinions – and you know what they say about those; we’ve all got’em, and now you know what mine is.

Find out more about MELØ from his official website at:  https://www.melomusicofficial.com