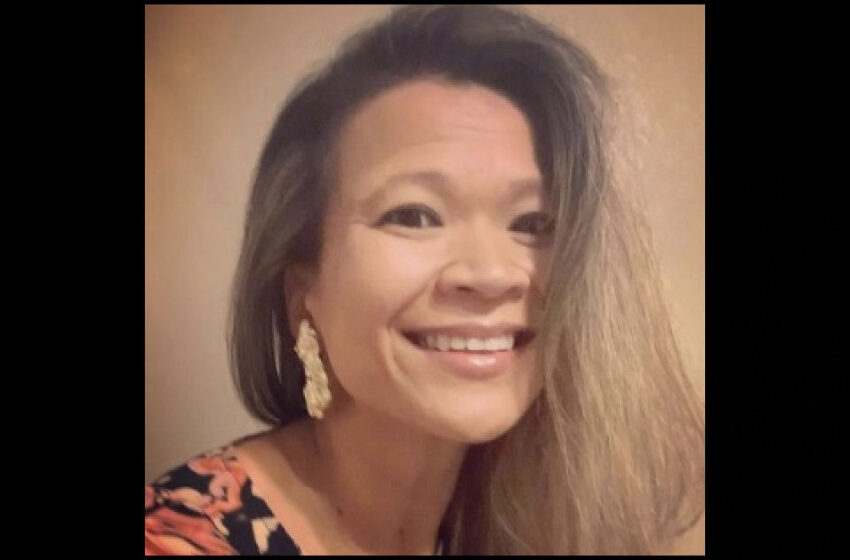 So!  This is something!

As to what exactly that is…well…that’s probably a bit harder to explain, but I’m certainly happy to try.

Let me introduce you to Navè, the inspiring host of a…hmmm…what’s now become a musical-journal of sorts, called Me Soul Be Flowin.  I suppose it’s still fair to call it a podcast as well…it definitely qualifies through the shows she’s put out so far…but there’s a real twist to what she’s doing that makes it much different than so many I’ve experienced out there in the past in the way she’s doing what she does now – and I dig that.  For you see dear readers, dear friends – that twist is the fact that Navè wasn’t doing any of this music-stuff she’s doing now at all just a short time ago – she started to teach herself to play guitar & ukulele as of only last month in March; and really, she’s been documenting a whole journey into an all-new adventure for herself in the process.  “Life is too short” as she’ll tell ya – “what are we waiting for?” as she’ll sing to you as well on her song “Fire” – these are in-the-moment tunes, recorded right then & there to preserve the organic magic & spirited vibes she’s feelin.’  Again, I dig that.  I also dig the core message on display right there as well of course, because she’s completely right; life is extremely short, and it’s up to us as individuals to make the most we can out of every moment.  As a person that is out here every single day in the independent music-scene, the last thing you’ll ever find me doing is intentionally discouraging anyone from continuing to make music after they’ve found their way to connect to it, and I’m certainly not gonna start with Navè.

And before we get into any of the simple semantics of what does & doesn’t make a song – know this:  Navè is a fearless spirit and a true light in this world – these are undeniable facts.  What you will hear in her music right now, is undoubtedly where it all begins…but with the courage she possesses as an artist & entertainer, there’s really no telling just how far she could go.  What I’m basically tellin’ y’all is that, whereas most artists/bands will stash their earliest work so far into the vault you’ll never find it, Navè has embraced her connection with music in the most sincere, humble, and honest of ways – and rather than shy away from where it all begins, she’s actually chosen to put it all out there for you to experience as she evolves & grows as an artist & musician, beyond her current role as the jubilant & lively podcast host.  Smartly tying in the two elements together however, was a really clever & insightful move in my opinion – can you imagine starting on this journey here with Navè now and following her adventures to where she might end up?  What if she became a complete virtuoso in the next six months?  What if she went on to become the next big thing in music?  Nothing is out of the question when you’re following your heart & your passion on the path to doing what you love to do – and again, I more than admire the courage of an artist like Navè who is so willing to share with us & be so giving this early on in her career.

She’s also got an interesting way of introducing her songs too…at first, I wasn’t sure if I was listening to a different spin on the same tune when I had initially checked out both “Fire” and “Past Lives” – but there’s actually like…I mean…it’s a mantra of sorts…a short moment of meditation that starts these tracks out, where Navè beckons the music to flow through her.  Whether she’s summoning her courage from the cosmos above, or the earth around her, you can hear this quick intro puts her in the mindset she needs to be in to just let it rip and do her thing.  It’s actually quite a unique way of doing things when it comes right down to it…in the context of a making a full album, for sure, I’d start the set like that…I probably wouldn’t go with it on each & every tune in that particular scenario – but when being released as singles, certainly no harm no foul, and it really helps us get to know Navè beyond the music.

What’s honestly going to be the most important thing in terms of what’s going to help guide her to the success she’s seeking out professionally, is in how she chooses to define herself as an artist – and that definition may truly vary between what she hears, what someone else hears, what you hear, and what I hear – she’s got multiple talents, and enough enthusiasm to fill a whole stadium.  When it comes to personal success – recognize she’s already achieving that DAILY folks, just by staying true to who she is doing what she loves, and taking on brand-new challenges like she has been – Navè’s got a real good bead on what life is really all about if you ask me.  Let that music keep flowin’ sister – that’s what I say!

Perception always plays a significant role in between that time we look, and the time we push play though – and that’s why I say finding the right spot for Navè isn’t necessarily an easy task, and also likely bound to change over time.  If you were to ask me right now, even though she IS singing, yes – there are still more parallels between what she’s doing, her style of writing & expression, that all indicate a strong future as a spoken-word artist of sorts, you feel me?  There’s melody, yes – but it’s all much more like stream of consciousness thoughts, going with the moment, and free-form poetry performed – if that’s what you expect going into listen, you’re bound to stick around and check it out.  In contrast, if you were under the assumption that you’re just about to head into the next massive Pop song, or even a more apt label of some style of Folk-based music, you’d get an entirely different reaction.  So when I hear how the ol’ upper-management suits & ties wanna move her on over to the artist’s section online at the end of “Fire” and the whole story that comes along with it from this chapter of Me Soul Be Flowin’ – the first reaction I have to that is, “okay, sure – but where?”  I’d advise real caution when making that choice.  Because it’s not that Navè doesn’t belong there – she does, and she is indeed, an artist – but success in terms of the public reaction is very dependent on where she’d end up being placed…which, mind you, is entirely in her own control.  She could write Pop tunes if she wants to, she could write a Rock song I’m sure…it’s up to her on where she’ll want to fit out there in the scene, or create her own space.  As it stands, my recommendation would absolutely be spoken-word without question, even though it tends to be a lesser-known genre, the fans there are massively accepting & open to new creative ideas, and I’m sure there would be many out there that love this artistic endeavor she’s taken on with her journey into music.  But personally, yeah, I view Navè as more of a poet between what she does regularly on her show and what she does in her music and how the strengths in both of these aspects of what she creates would benefit towards that kind of particular career in entertainment – spoken-word is a fantastic form of expression that can include anything at all from talking to whispering to singing, chanting, experimenting & more – there are really no rules to be found, and all kinds of potential to be explored with limitless possibilities through its implied artistic inclinations.  Basically, what I’m saying is…it’s clear to me that the music is a vehicle for Navè’s words…and I think the more that’s highlighted & recognized, the further it could all potentially reach.

People might find themselves gravitating towards a song like “Fire” a bit more with the fact that it’s got music to accompany it – but if you were to ask me, and it seems like someone out there has, I’d tell ya in a heartbeat that “Past Lives” speaks volumes on behalf of what Navè is really capable of, and that’d be the blueprint I’d be working with going forward.  She handles that latter tune completely acapella – and again, that’s freakin’ fearless when it comes right down to it – she’s vocally naked!  Most would never even think to dare to do that, even the most professional of the very best out there in the scene with years & years of training.  That artistic courage, her radiant spirit, and her tremendous enthusiasm will all play a significant role in where she goes from here – and you can bet she’ll have a great time finding out where this whole road leads.  The positive attitude & welcoming aura of Navè is definitely enticing.

Listen to Me Soul Be Flowin at the official page at Spotify here:  https://open.spotify.com/artist/5QFPBN9SgcRNod7N6RjNAP

Tags: Fire Me Soul Be Flowin Past Lives Singles sleepingbagstudios