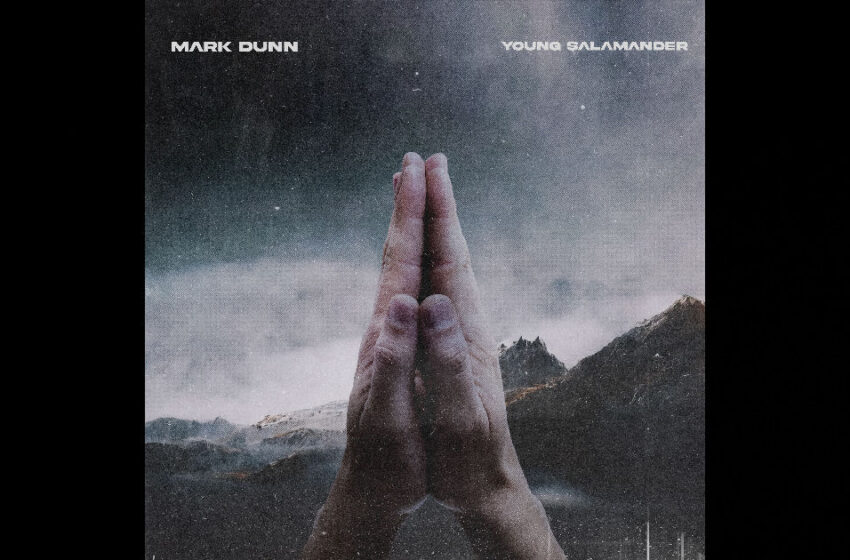 Alright…lemme see here, lemme see…if my memory serves me right, I got criticized for not being critical enough with Mark the last time around, even though I loved his last single “Walk In The Snow” and didn’t have a bad word to say about it.  So I suppose I’ll have to try extra hard this time around to come up with something that the man can improve on with this second cut that I’m checking out here today.  I ain’t gonna lie to ya…Mark makes it tough to find a valid reason to be critical…I genuinely like the music he’s been making, and I don’t tend to level out any criticism where it’s not warranted…so I’m kinda up shit creek, cause I like this single too…it’s freakin’ catchy AF.

That being said, did I find any advice to give the guy this time around?  Sure!  Use your words Mark.  When it comes right down to it, he’s got a remarkable gift for melody and a complete understanding of what makes a hook connect…now it’s all about making sure his lyricism is an equal reflection of how freakin’ good he is in those other departments.  And don’t get me wrong – again, I’m just speaking on what could be perceived to be improved…I’m not even necessarily saying that it HAS to be the case, because again, I’m enjoying what I hear in this new single from Dunn.  Is there a chance and possibility that he’s more than capable of not rhyming “salamander” WITH “salamander?”  Yes I’m sure there is.  There’s a whole lot of people out there that look at rhyming a word in a song with the SAME word in a song is kinda like cheating the system a bit…and even I’d be inclined to agree somewhat.  The reality is that it’s almost always an indication of not quite taking the time to be as innovative and creative as you probably COULD be.  As to whether or not it’s entirely necessary if things sound as good as they do here on Mark’s new single…well…that’s a completely different story, and I wouldn’t be so apt to agree on that.  I’m of the mind that if you find a hook that connects at all in any given tune, you’re among the lucky in the art of songwriting…and if it’s due to repeating a certain word, or even if it’s just the fact that the repetition doesn’t hurt the song in any way…I suppose I’d have to argue that’s a complete victory.  As a writer myself it’s hard for me not to argue on behalf of taking that extra time to expand what’s being said on the inside of most songs I listen to, but in an instance like this, it’s practically a given that a writer is going to make the observations I have with so much room for Mark to take out about fifty iterations of “salamander” and replace them with a whole bunch of different words.  That’s what I think.

On the bright side, like I said – I honestly felt like it actually works well in his favor here…and clearly, it won’t take a massive amount of memorization for y’all to sing along with him if you wanna, when half the words he’s using are practically “salamander.”  The rhythm works though, the melody is on point, his uniqueness in character & personality still stand out brilliantly in the way that he sings and with what we see onscreen in his new video as well – AND…here’s the REALLY fun fact – I actually think he’s got an even BIGGER hook within this same very song that actually connects even more securely.  When he sings “I know for certain that the world’s gonna end this time,” to me, that’s inarguably the best part of the song, the most insightful point he’ll make within it, and the catchiest aspect of any hook inside of “Young Salamander.”  Again, to be fair, he’s got about five really tangible hooks in this one song that would give this single a solid shot at finding its way to the top of any playlist out there.  Not every singer/songwriter is going to attack every song like they have something crucial to say that needs to be heard – and that’s the facts, Jack.  So where I might want an artist like Mark to expand his reach by saying more than he does in this particular song, like I’ve also been saying – there’s nothing wrong with the approach he’s taken if the results come out speaking for themselves, which they do on this single.  I think at the end of the day, Dunn’s still searching for that balance he’s seeking out…still trying to figure out exactly what kind of artist he wants to be.  Personally, I’m seeing something in the realm of a Jon Lajoie type-dude here…which…I mean…that would be freakin’ great, that guy is brilliant, he’s funny, and he’s still got a tremendous grip on what makes music work and resonate with us listeners as well.  That’s the realm I’d be aiming for if I was Mark…that kind of artist that might make you chuckle, might make you grin, but really can’t be taken as a joke either because he’s so seriously damn good…Dunn could very much go on to be that kind of genius as time marches on.  Will he need more words than “salamander” to accomplish that?  Yes.  Emphatically, yes.  But as far as everything else is concerned, from concept to hooks, performance-wise & production-wise, he’s got it all dialed right in to where it should be, and in my humble opinion, he’s well on his way to making this music thing a full-on career.  Vocally, I felt like the more he pushed himself into bigger notes and intensity in his melody throughout “Young Salamander,” especially towards the finale, the better he sounded and the stronger the results were in revealing what he can accomplish as a singer…but don’t get me wrong, his low-key natural rhythm & cadence makes for equally exceptional reasons to listen to this dude’s music too.

Of course, there is always room for any artist to improve on what they do…and ultimately, Mark was right to criticize my lack of criticism the first time around.  If we put anything under the microscope, we can always find flaws…and some of us out there choose to roll like that.  For myself personally, I’ve always been about finding what works and stressing that kind of stuff instead…that’s my way of encouraging the creative community as best I can, and unless there are REAL concerns to be pointed out, I’m pretty rare to do so.  Mark’s like, something like two songs into his life as an artist…and like anyone at that stage of their career, he’s still testing out what works, what doesn’t, and finding his way – no matter how good he is at the moment, he’s still going to get even BETTER as his music continues to evolve – which is what anyone should want, and clearly he does if he’s actively seeking out more critical ears to examine his material.

As it stands, all I can really do is zoom in with my microscope as far as it’ll take me – on the surface, I’d have happily given “Young Salamander” a thumbs-up of approval…because I genuinely dig what I hear.  Even after digging into it further, sure, I might want more words and an artist like this to express his thoughts in a more expansive way than he shows us here in this single, but that’s hardly any kind of complaint…it’s simply an objective observation.  Countless artists and bands have made buttloads of money off of repetition in their music…it’s a method that undeniably works, and it works for Mark here on “Young Salamander” as well…it’s memorable, without a doubt.  From here on in as he continues to refine his craft and discover his voice in the music-scene, it’s really all about figuring out what kind of artist he really wants to be…does he want to write hits for the radio?  Serious songs?  Humorous ones?  A mix of both?  None of the above?  He’s honestly got limitless options, and a mind for making music that could really take him a long way…wherever he might want to go with it, or whatever route he wants to choose.  So in that respect, heck yeah, I’ve gotta advocate on behalf of this guy using his words and expressing his uniqueness as much as possible…because I can clearly hear the potential he’s got when it comes to the pen.  Mark my words Mark…you’re onto something, and I’m probably just as excited as you are to find out what that actually is.  I dig “Young Salamander” just about as much as I liked “Walk In The Snow” if I don’t dig them both equally…this man knows how to make music appeal to us, and there’s just something about him that makes Mark Dunn extremely hard to pin down as to what he could go on to reveal in the future.  He’s got that kind of underdog story that really makes us want him to succeed, and material that makes his success in entertainment seem like a foregone conclusion.