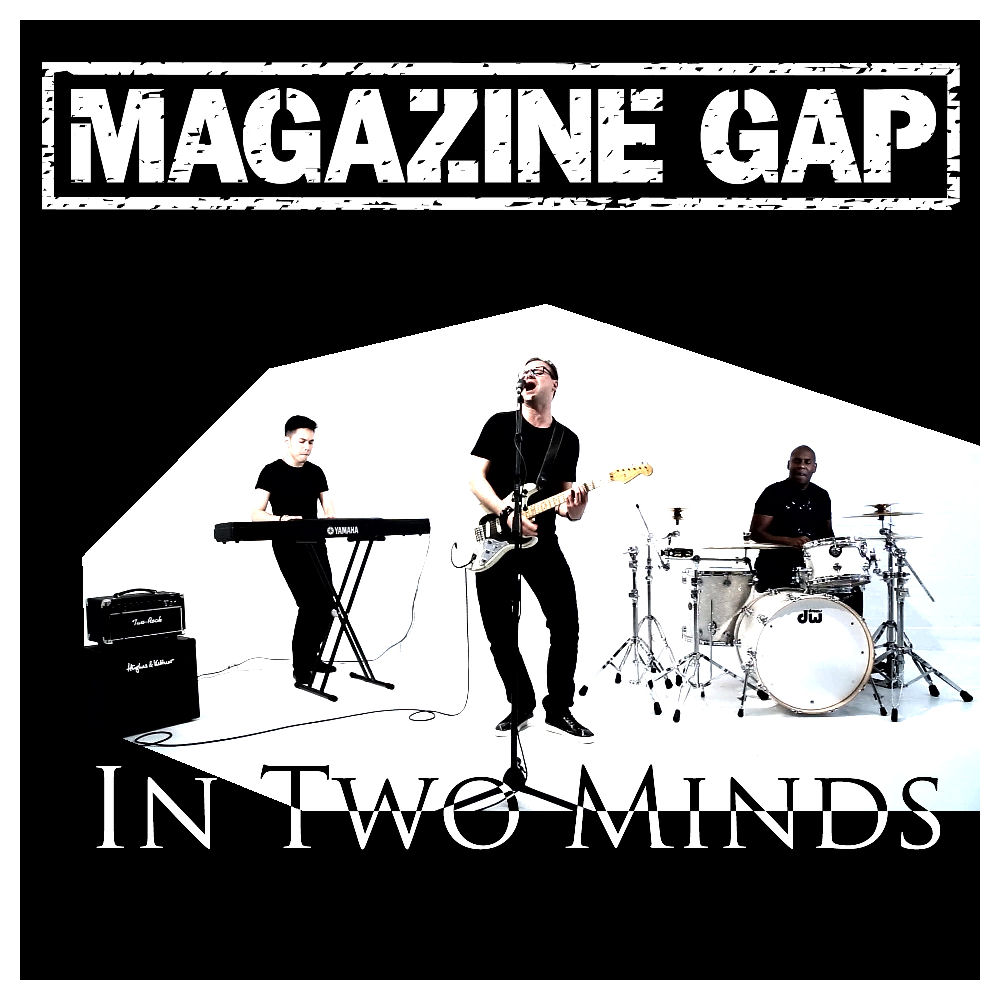 One of the best assets that London-based band Magazine Gap has working for them is their pure & organic sound…there’s a uniqueness in this band that’s both calming & comforting to listen to.  We last checked into the three-piece’s combined creativity on their Calling Card EP at the end of last year…and while that might not typically be a long amount of time for a band to grow and evolve – I’d argue that this one has on their latest single “In Two Minds.”

Main reason I’d say that is because I felt like the accessibility of their sound has grown more confident, focused and reaching for that larger audience on their new ballad.  While it might be a slow-mover overall – I felt like this one genuinely connected through their combined effort, passion & performance.  Particularly the vocals on this cut…they really come out stunning, no question; you get a really soulful performance from Magazine Gap on “In Two Minds” and everything seems to really come together extremely well for them on their new single.  Noticeably however, I felt like the actual hooks themselves sank in deeper this time around…it’s still a gentle strain of rock at the root of its core but the hooks themselves felt much more far-reaching than one genre could covet.

The tender sway of “In Two Minds” is beautifully inviting…the three-piece combo of talent including drums, keys, guitar and sounds like one of them definitely took on bass-duties as well…all the ingredients get put into the mix instantly to start this sweet rhythm up.  The mix is bang-on, crisp & clear…each part played has subtle complexities within a simple structure…played like ace studio-hands and well-seasoned vets of the scene, they pour their heart & soul into their performance and are truly rewarded with a mix and production that sparkles and shines just as brightly.  The vibrant energy that they’ve put into each and every moment sounds absolutely awesome to listen to…you can really hear the focus on bringing out the maximum in this melody from the music to the vocals.  Professional & passionate approach, precision timing & gorgeous movement & flow…they’ve really written a song that hits the mark for sincerity and you can really hear Magazine Gap feeling the moment and music take them over in all the best of ways on this tune.  Extra credit to the added melody-line from the keys…they’ve got a bit of extra freedom here to add to the overall atmosphere and really complement the vocals & melody in the writing, tone and sound perfectly.

Definitely hear room for this song out there on multiple stations and charts…Magazine has found a much more universal style & sound with “In Two Minds” and they’ve executed their ambitions flawlessly here.  Just enough blues/soul in the swell of the vocals nestled sweetly and powerfully into the music, I think they’ve written a song that has a serious amount of appeal.  The video supporting “In Two Minds” is as crisp & clear as the song itself and makes for a rad experience watching how the band would play this tune…I felt like the performance in the video did solid justice to the passionate way they play the song itself.  Like I said – it all adds-up perfectly for Magazine Gap this time around and it certainly looks like they’re off to an incredible start to 2017.

Incidentally…just a side-note…one of my favorite parts of the video for “In Two Minds” was probably one of the least intentional but most telling about the work ethic in this band – LOOK at those guitar frets!  Dude is clearly gonna wear his guitar down to the very bones…but if that isn’t the sign of a musician really working hard I don’t know what is…that’s a battle-axe now if I’ve ever seen one!

Anyhow!  Important to note – you can get this track from iTunes & such on its official release date of January 27th – and if you’re looking for something light but still powerful & still soulful – this should really hit that sweet-spot for ya!  Check out the video below for their new single “In Two Minds” & find out more about Magazine Gap right here at their official homepage:  http://magazinegap.com/