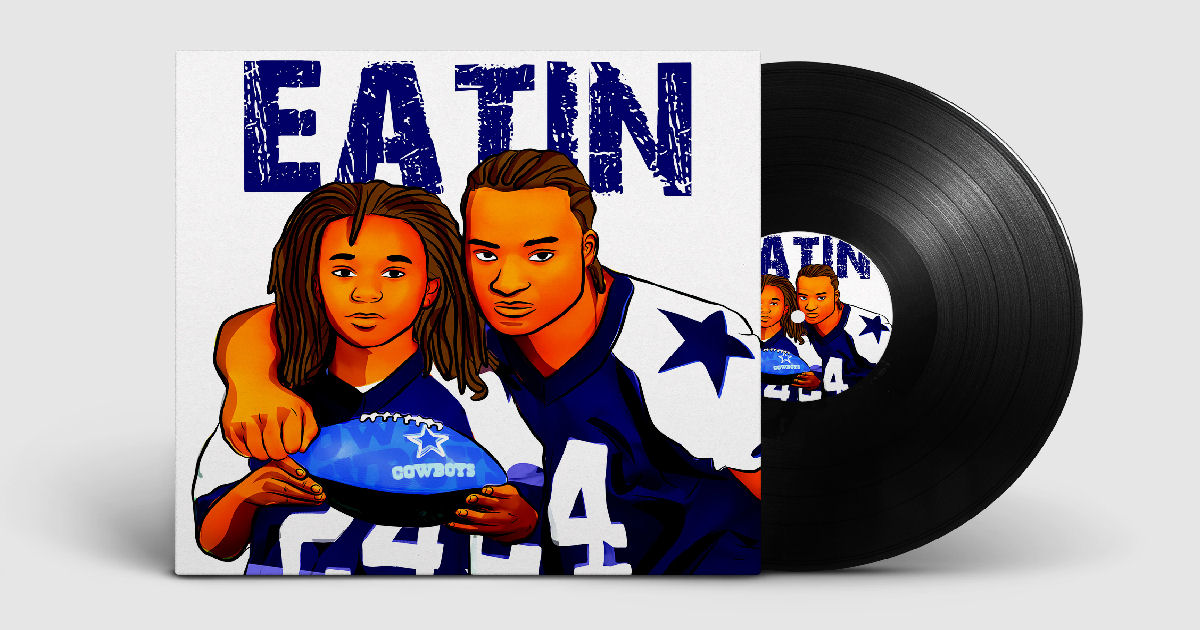 If you’ve tuned in to the recent episode of the SBS Podcast, you’ve already heard this kickass anthem.  If you watched the latest episode of SBS Live This Week, you’ve watched the wicked lyric video that supports the latest single from Mackadenice.  If you’re up to speed on all our channels and surfing the internets, looking for new tunes as you should be, you’ve checked this out multiple times over already – but we’re back once again just to make sure you ain’t sleepin’ on this cut when it’s time for “EATIN”!

Alright…so…in case you did miss the latest episodes of our shows featuring the music of Mackadenice, let me catch you up a lil’ bit before I lay down some new thoughts on ya.  I’ve been talking lots about how this emcee is playing this game SMART – “Eatin” has been ready to go since early this year, but then redesigned for re-release to make an even bigger impact out there.  Mackadenice is a clever man – not only has he created a seriously hype anthem for sports fans, specifically football fans – he’ll be releasing “Eatin” officially on April 26th, aka the first official day of the 2018 NFL Draft.  Just so happens, this new single from Mackadenice also happens to be dedicated most specifically to the Dallas Cowboys – and wouldn’t you know it, the NFL draft is taking place right there in the heart of Texas at the Dallas facility.  People…dear readers, dear friends…all you musicians out there that fully believe that making it in music is all about TIMING – I mean c’mon!  The seas are practically parting for Mackadenice to strut on through.  At the very least, like I’ve been ranting and raving about over this past weekend, the Dallas Cowboys have GOT to consider this to be their anthem for the year – “Eatin” should make them HUNGRY enough to WIN and mow over the competition on the field just as easily as Mackadenice does with his own over the microphone.

A seriously skilled emcee, Mackadenice weaves lyrical imagery and the themes of “Eatin” together through complex rhymes that vividly reference multiple parts of the game, clear enough to feel like you can see what he’s spittin’ right from the sidelines.  “Eatin” has a massive low-end infused beat that delivers, and bar after bar, yard after yard, Mackadenice puts the energy into his words and gives an inspiring performance that has all the right edge and intensity in his tone to make the experience REAL.  “Eatin” is tight AF from beginning to end – this emcee is like a precision quarterback on the mic, hurling words at full-speed for our ears to catch with ease.  We’re hearin’ ya homie!  Hell, even if you didn’t like football at all, this new single from Mackadenice has such a wicked vibe and empowering energy in it that it’s bound to snag the attention of all kinds of people out there from the club to the stadium.  Armed with a killer lyric video that’s literally perfect – “Eatin” makes an immediate impact both visually & audibly – an anthem that can put an insane amount of energy into your day and get you set to take on the world.

Find out more about Mackadenice at his official pages below!