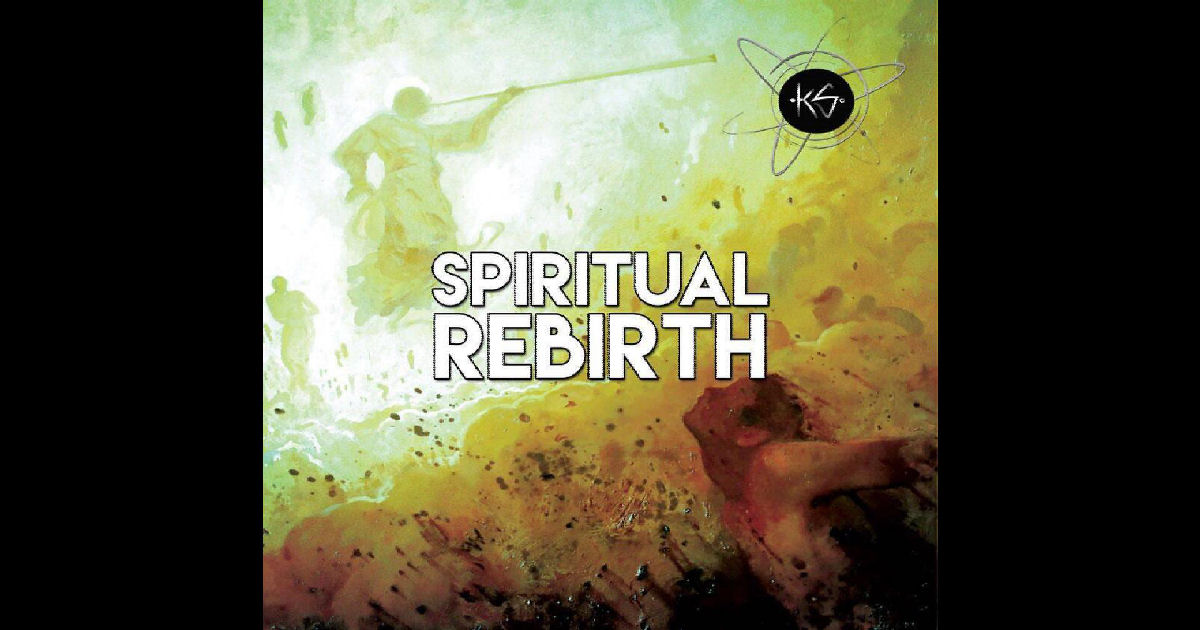 Now…I don’t want anyone to get me wrong here – as a vocalist myself, most of the time when I listen to music I’m waiting for that moment where the singing begins.  As a long-standing fan of instrumental music in just about all its forms…I can be just as happy about a track without words, that’s no problem for me.  One of my favorite things about listening to anything for the very first time is to just let the music come at me and give it the opportunity to genuinely make its impression however it will.

There is the rare occasion like this new single “Spiritual Rebirth” where I listen to a song that speaks so powerfully on its own through the music that I sit there and actually hope that there won’t be any vocals to follow…because they would ultimately be redundant, if you’re really listening.  Music as well thought-out instrumentally and presented as captivating as the new Kemikal Storm song “Spiritual Rebirth” doesn’t come along every day in electro – there’s a blissful & inspiring uniqueness to this entire sound, atmosphere & approach that’ll likely send those chills of enthusiasm & excitement running through you.

I’d also like to point out the fact that Kemikal Storm is made up of only two-members – and a large part of me thinks that tight-knit numbers in a band or project is what can lead to some of the biggest achievements in harmony, melody and music overall.  Essentially…the less captains on the ship, the smoother the sailing, know what I mean?  Kemikal Storm is producing and performing at an extraordinarily high-level right off the bat here with this first impression & single “Spiritual Rebirth” – because clearly both players involved are unified and completely on the same page.  Musically, I think they already have absolutely everything they need in this project…if anything, based on the perfection I’m hearing in their new single and how insightful & compelling the structure of the song is, I’d fully recommend that they cap the membership of Kemikal Storm where it currently is musically-speaking, and go out there to recruit an intense visual-artist as an honorary third-member.  You’ll hear the amazing potential that a song like “Spiritual Rebirth” has to accompany something we’d see onscreen, whether it’s a clip or the full track, this would be a highly-effective song in bringing out the emotion and power in any scene.  I’ll prove it to you!  Close your eyes and listen to “Spiritual Rebirth” and let your own imagination fill in the blanks of what you could potentially see to go with it – awesome right?

It comes down to atmosphere, commitment, musicianship and straight-up focus here on Kemikal Storm’s new single – that’s what’s making it work.  Whether it’s the empowered tones from the guitars or the stunning elements surrounding it like the beautiful & emotional melodies from the piano or the energetic electro additions – every moment along the journey counts for something and makes a massive impact.  Once “Spiritual Rebirth” hits its mid-section, the entire jam is in full-swing and the hooks are coming at you from every angle; their transitions are flawlessly executed and the entire song moves, expands and evolves brilliantly as it unfolds the details in the music and plays like a great story is told.  As much as I like to recommend something when I can…there’s simply nothing to change here or anything that leaves you wanting – it’s an insightfully arranged song that fuses together multiple sounds & styles, which gives it the additional benefits & potential of large crossover appeal.

I hear something for everyone on “Spiritual Rebirth” – I think this song would connect with just about everyone out there in some way, shape or form.  Definitely inviting and extremely appealing to listen to.

And for the record…they eventually DO add vocals into “Spiritual Rebirth” – but very, very late in the song, towards the end…and of course, like everything else along the way, they did it perfectly.

Excellent job on this cut – Kemikal Storm has the uniqueness in music that my own ears crave and I’m sure yours do too…so check this out, “Spiritual Rebirth” is as single-worthy as an instrumental can get!

Find out more about Kemikal Storm at their official homepage at:  https://www.kemikalstorm.com/