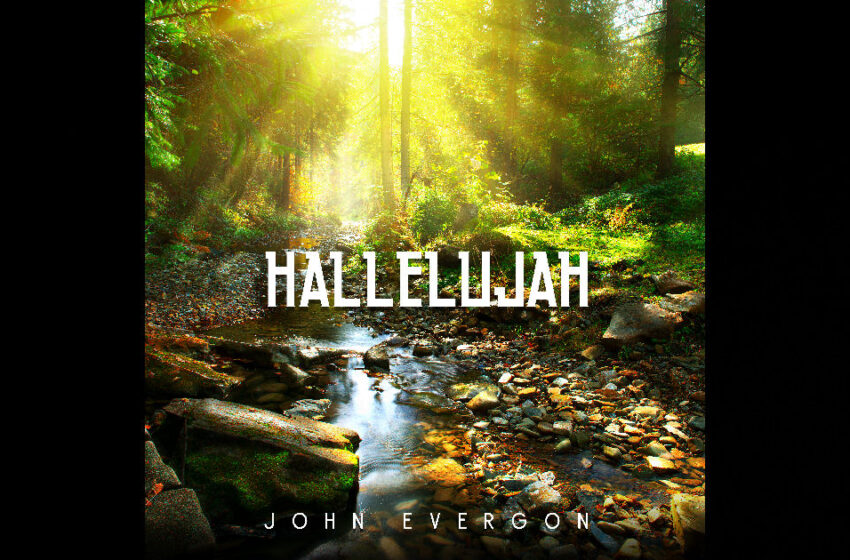 It’s been far too long since we had instrumental artist extraordinaire John Evergon on these pages of ours, so let’s change that today, because he’s got a brand-new single coming out officially tomorrow!

We were introduced to the man’s unique style of finger-pickin’ guitar work throughout the sheer magic he created on his debut album Constellation Of Thoughts last year, and I’ve personally been a huge fan ever since.  Not just of the spectacular music mind you, but of the man behind it as well – I’ve had the honor of being able to talk with John here & there in messages over the course of the last year or so, and he’s genuinely one of the most likeable characters you’ll find out there in any corner of the scene today.  You combine that with the fact that he plays in his own signature style, delivers mesmerizingly beautiful, captivating & charming performances, and displays a wealth of talent that resonates & echoes from every string on his guitar…and well folks, that’s pretty much the recipe for becoming memorable.

So look…I’ll be honest with ya…over these years of mine, and especially over the past decade with all these talent shows out there on television – I ain’t gonna lie, I’ve seen & heard countless versions of Leonard Cohen’s “Hallelujah.”  There’s no doubt that when it comes to the world of cover songs out there, that this song in particular, has gotta be up there in the top twenty or thirty tunes that have been attempted by the most artists & bands – and of course, there’s a reason for that – it’s an incredible song that everyone genuinely feels inside their very core.  A song SO GOOD in fact, that I’ve rarely heard what I’d consider to be a ‘bad’ version of it…sure there’s some not so great ones out there, but it’s a tough tune to really get wrong…the mere selection of it as a cover reveals a humbleness in every artist & band that gives it a shot, and that’s endearing.  That being said…I couldn’t often tell ya the difference between what Andrea Smith brought to “Hallelujah” any more than I could about what Michael Tyger did, or the band known as The Undercover Catepillars with their versions.  What I can tell ya is that I made every one of those names up in order to illustrate the point – yes, you can cover “Hallelujah” and yes, you can probably make it sound really, really good – but will any of us remember that you did?  In a song covered as expansively as this one, you’re basically volunteering to drown in the sea of sameness.

Unless, that is, your name happens to be John Evergon.

The moment I saw he had covered “Hallelujah” I was immediately interested in what I might find.  How could I, or anyone else for that matter, not be?  Based on the quality of his past work alone, I’d always be willing to check out what he’s got goin’ on – but the idea of taking such a…well let’s just call it like it really is here – the idea of taking a legendary artist so well-known for his lyricism, and then removing that main aspect of the song in what would undoubtedly be an instrumental version via John Evergon’s fantastic fingers…well now – THAT is interesting to me.  Without words, and in his own unique style that has set him so clearly apart from everything else – it’d be next to impossible to have a John Evergon cover of “Hallelujah” come out as anything less than memorable in comparison to all the rest out there.

And yes…while I’m sure a quick Google search would reveal there are likely other instrumental versions of this tune out there somewhere, I still think it’s more than commendable to choose a song so well known by heart by everyone listening.  We all know the words – and perhaps that’s what makes this version stand such an extraordinary chance of reaching a massive audience, not just the instrumental crowd.  As John plays this tune, you feel that melody of the original come pouring through in all the right spots…and with the golden tones of his guitar, he puts in a performance that completely warms the heart.  Full proof that this song is absolutely capable of making just as powerful of a connection through the core of its melody without a single word – Evergon shines brilliantly as he plays “Hallelujah” and gives it a genuinely celebratory & upbeat vibe, which is also quite rare to find in a version of this song.  But you see dear readers, dear friends…that’s just the thing…in between the lines, the sentiment of “Hallelujah” and what Cohen was expressing was magnificently celebratory…and that’s so often left out of the sound in versions you’ll find, arguably even including his own to a degree.  Aside from the fact that this is an instrumental cover to begin with, the uplifting vibes that radiate from the strings of John’s guitar are a massive part of what makes his take on “Hallelujah” so entirely memorable, and so joyously repeatable.  I’m tellin’ ya…you’ll hear the beauty in the quick intro – and the moment the familiarity of what you know most begins to hit ya around the fifteen second mark, you’ll instantly fall in love with how John’s chosen to approach Cohen’s hallowed ground, and how spellbinding this version truly is.

We’ll prove that to ya further tomorrow when the single officially comes out on December 11th – we’ll make sure to post that up here in all its glory along with the press release for everyone to enjoy it…and I guarantee ya, that won’t be a problem.  John Evergon is a true talent unlike any other out there in the instrumental music-scene, he’s a fascinating talent, and he’s made the absolute most of every moment he’s spent on Leonard Cohen’s “Hallelujah.”  You’ll love it – but more importantly, you’ll remember it.

Find out more about John Evergon from his official homepage at:  https://johnevergon.com