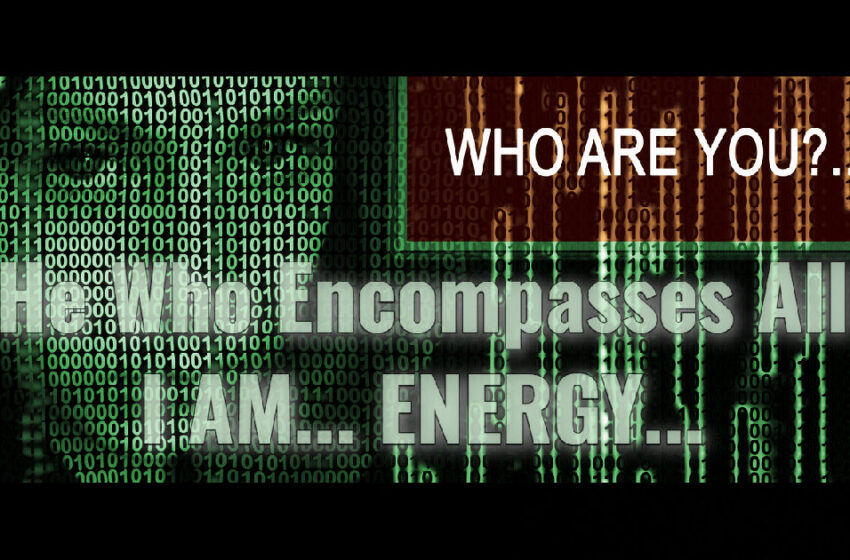 JoeyNiles – “Who Are You” – Single Review

Alrighty!  You learned a piece or two about artist JoeyNiles on the most recent episode of the SBS Podcast, but far from the full story on the man behind the music.  For the most part, while I gave ya a couple of factoids here & there, I spent of my time talking about the journey of this song, and the overall challenges you fantastic creative people & artists all tend to face when you’re just tryin’ to do what you can to get the freakin’ music out there into the world where it belongs.  It ain’t easy y’all…just like I told ya on the show…and if you look at the distance “Who Are You” has taken since it was initially conceived, you’ll find the tale of a song that’ll take you all the way back to about 2019 where the promos & teaser trailers started to pop online.  Some of this stuff you can find out through his pages on social media, but there’s once again a lot more details out there if you know where to look for’em.  In fact…if you pop over to the man’s channel at YouTube, you’ll find a whole series of video updates – that’s right, I said SERIES of’em, unintended as they may have originally been.  For you see dear readers, dear friends – it’s like I’ve been tellin’ ya…the road from point-A to point-B is never as straight ahead as we might like it to be.  Do I think JoeyNiles started out thinking he was going to end up with three full video updates over the course of two-plus years as he first began to pick at the strings of his guitar & write “Who Are You” – no, of course not!  Maybe that many updates for promo & whatnot – but I’m sure if it could have all somehow come together sooner, that would have been mighty nice, you feel me?  But that’s just the thing folks…consider the timeline; not only did JoeyNiles end up having to deal with a bunch of the normal obstacles in the way of creating a song from start to finish, but also with a worldwide pandemic kinda sorta really interrupting the entire process, pretty much right as it was just starting to get going.  Honestly, I feel for the guy in that regard…you watch these videos he’s put out…not the actual music videos – I mean, watch those too of course – but I’m talking about the update stuff he’s been putting out – you’ll see such a remarkably sincere soul that just wants to turn up his amp and make some Metal.  I’m tellin’ ya for a fact, whether or not you’re a fan of the genre or not, it doesn’t really even matter once you start watching his material online – Joey’s got the kind of genuine spirit & endearing personality that absolutely makes you want to root for him, and cheer the guy on at every opportunity.

Anyhow.  He’s not just a great guy, he’s a testament to perseverance.  We’re HERE Joey – you made it!  At long last, “Who Are You” is about to make its way out into the world officially as of September 30th this year – and that…well…that’s gotta feel real good y’all.  I know it probably don’t mean too much coming from some random music critic from across the map, but I’m proud of what ya accomplished Joey…I’ve spent time following this journey you’ve made with “Who Are You” and I can absolutely imagine how satisfying it’s gotta feel to have it all finished up and finally ready for its official release.  For real brother – it’s an accomplishment…and considering all you’ve been through to get to this point, heck, it’s a verifiable milestone brother-man…take a moment to breathe that in – and congratulations.

He’s got…Chandler Mogul on the mic here as a guest star if I’ve got these details I’ve pieced together correctly – and like you would have heard on the SBS Podcast, he’s enlisted the talents of Glenn Taylor on the studio boards to handle the mixin’ & all that good stuff.  The combination of their efforts has proven successful by any measure – Chandler’s one heck of a singer, Joey’s a born shredder & master of the axe, and Taylor has clearly been able to harness these Metal warriors into crystal clarity…all that stuff checks out no problemo.  Was it worth the waiting?  Folks…don’t ask me that…not unless you really wanna take a massive ride through philosophy 101.  The short answer is yes, of course it is!  The longer answer deals with what really justifies that answer – what kind of value can we place on a song that’s been more than two years in the making – and how on earth wouldn’t you consider the mere fact that it now finally exists as being completely worth it, no matter what it’s taken to get it here – of course it is!  I’ve seen this kind of thing a couple times throughout the grey-hairs-worth of age on my face…you can get stuck on a song or a record for a very, very long time…and in many instances, due to complications well beyond your own control – so don’t get it twisted…this breaks that ice permanently – watch what JoeyNiles goes on to do from here.  I bet the man’s so fired up from getting “Who Are You” out there into the world and seeing it gain as much traction as it has already without it even being officially released yet…I mean…I’m just sayin’ – the guy I watched in those update videos is gonna take this kind of love, support, and enthusiasm from all of you out there watching & listening and turn that into real inspiration and the fuel for new music yet to come.  I don’t know this for a fact; I just know it to be true, as they say – getting “Who Are You” wrapped up and finished will lead this man to his pathway forward.

I dig the low vocals at the start quite a bit actually…kind of reminded me of that Henry Rollins-esque style of serious Spoken Word delivery.  Much of “Who Are You” deals with the internal voices we hear, where those voices are really comin’ from, and what business they might have being on the inside of your mind.  There’s more to it than that of course, but there’s also a description there at YouTube for you to get the official JoeyNiles take on the intentions of this tune and its theme – make sure to check that out whilst you take in the visual awesomeness he’s got in-store for ya in the video supporting this single.  For real y’all…it’s extremely well put together and the kind of style that not only suits this Metal vibe Joey’s rockin’ with, but it also just happens to be one of my favorite kind of combinations in a video on a personal level…I love gritty imagery, I love black & white stuff, I love sharp colorizations that come & go through wild effects…I’m just sayin’ – in terms of what I dig watching this vid had a full collage of it all.  Structurally, this whole cut is pretty wild…drums are on the busy side of things for sure, the bass provides steady support – but we’re really here for those vocals from Chandler and the guitar from Niles are we not?  That’s where the real meat & potatoes are to be found in this full-course meal of a Metal tune, and I’m sure they’re no strangers to hearing that kind of feedback so far.  Between Mogul lightin’ up the mic with his live-wire vocals and JoeyNiles scorchin’ up & down those fret-boards on his guitar – they give you a ton of bold moments and highlights from the mic to the musicianship for you to enjoy, and a Metal cut they can proudly stand behind for how it sounds, and what it symbolizes.  Well done Joey.

Tags: JoeyNiles Singles sleepingbagstudios Who Are You