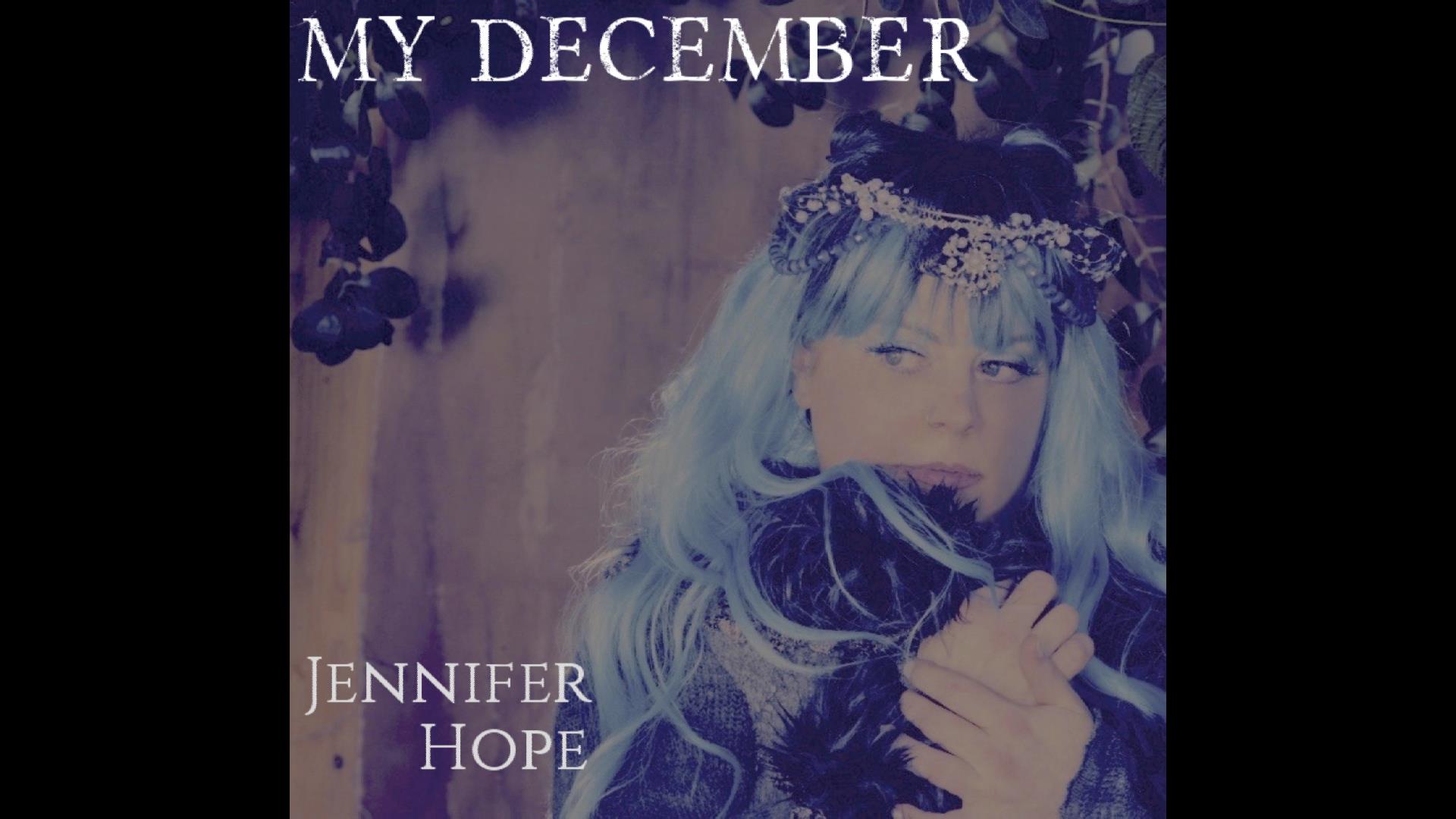 The wounds are still plenty fresh and the effects of the tragic death of Linkin Park’s core member Chester Bennington are continually sinking-in with us all day after day as we realize more and more how much music he contributed to our world…and just how much of a hole he truly left behind.  I’ll fully admit that when Cornell passed on, I thought I would have cried more…I’ve spent my lifetime listening to his golden vocals from their earliest records on…but when he left us, something about it still felt like he’d somehow accomplished everything he ever set out to do – and there was a slight comfort in that.  When Chester departed, I felt almost the opposite…I felt like this guy was still just getting started after already accomplishing so much and becoming part of one of the world’s biggest bands for years & years.  There was something decidedly different about the circumstances even though the timing & events were so similar…almost like Cornell was never safe in our minds due to where he came from in the grunge era with all the other departed heroes, but that Bennington was part of a newer generation of rockstars that were supposed to somehow be safer after having lived & learned from all those examples.

And when the video for “One More Light” came out, I sat here in the studio crying my eyes out, knowing that a true talent had indeed left us all too soon and had so much more potential…so much more to say.

Of course…I wasn’t alone in feeling these things or thinking these thoughts.  As tends to happen, many of us out there poured through our catalogs of Linkin Park tunes after Chester’s passing.  Tribute songs in these troubled times end up swarming the internet quickly…which is generally why I’m not usually such a fan of them…it becomes so difficult to separate the lifetime fans from those just taking advantage of the moment.  I’m of the mind that a tribute can be paid at any time…in many ways it almost makes me sad to see that the majority of the time we see them are only after the artist we love is long gone.

One of those people out there looking for healing & catharsis through the music of Linkin Park and Chester’s words, was artist Jennifer Hope.  Given that this is the second track we’ve reviewed from Hope and that the last one was Evanescence…it’s pretty damn safe to say she’s got an authentic right to be here in tribute to Bennington…both bands combined definitely lead you to her musical-taste, timeline and a lot of her inspiration.  She’s a genuine fan of both bands…I’d bet on it.

I also think CHOICE itself separates the pack when it comes to the scores of tributary songs that end up online.  Let’s face facts…we all know what the hits are out there from almost any band or artist; to see Jennifer’s chosen a track like “My December” speaks a lot about the depth of Linkin Park’s inspiration on her.  The version I have is from their album Reanimation…oddly enough, when I was looking it up to be sure of that and have a listen to the original in comparison, a lot of online postings credit the song to the Hybrid Theory album…I’m pretty damn sure it’s not…maybe a bonus-reissue, but likely misinformation.  Anyhow…go ahead and take a moment and recall the melody, music and lyrics of “My December,” I’ll give you a minute or two…

…chances are, unless you’re a relentlessly dedicated LP fan…you probably can’t.  “My December” wasn’t one of the big Linkin Park hits…it’s a somewhat obscure track that’s extremely personally revealing and emotional – yet one that’s likely to have escaped many listeners, even true fans.  That’s where artists like Jennifer Hope rise to the occasion in their tributes…and make decisions, choices and recordings that show real respect for the fallen through the purity of intentions, sound & style.  She could have easily chosen one of their many chart-toppers…and likely, as good as it may have been, would have been competing with many other versions out there flooding the internet around the same time.  Instead, she’s chosen wisely by selecting a song that likely means something even more to her personally – and I think you hear that connection’s strength in the way that Jennifer approaches this fragile melody.  She reveals the heart of a true fan by selecting what might actually be one of their lesser-known songs that people SHOULD know – and by covering it, not only does she pay her own respects to Bennington, but she honors his writing by showcasing a song that shines a bright light on the mix of brilliance and powerful emotion he put into his lyrics through her own exceptional performance.

Essentially what I’m saying is that, we always say that the ‘music never dies’ – but it’s songs like Jennifer Hope’s cover of “My December” that make that statement a true one.  It’s way too tempting to take a song that’s previously been an established hit and put something out there that you know already works – and a track that most likely already has a long life ahead of it on the radio-waves for years to follow.  Believe it or not, even those amazing mainstream artists have songs that weren’t on the radio and could potentially fade away…if we let them.  Jennifer is ultimately helping assist in keeping a real legacy alive by choosing a song that’s not as well-known as the rest.  For some people out there, she’ll likely even be introducing “My December” to their ears for the very first time; that my friends, is a REAL tribute.

Jennifer sings with a solid mix of power & grace, fragility and confidence on “My December” – and in my opinion, she does a great job of covering this tune.  I think she’s captured the hollowness/haunting aspects of the atmosphere in the music and kept her version fairly faithful to the original structure.  Reaching across genders is quite often enough to make that bold difference in what we hear, allowing artists of the opposite gender to cover a song without having to make too many changes structurally and still have it sound like everything is different – and that plays to Jennifer’s advantage here.  “My December” was written with a fairly sparse atmosphere to begin with…she might have dialed it back even a bit more here on her version, but keeps the passion of the piano and strings leading the way in the music.  And don’t get me wrong, it all sounds stunning…I love what she’s got going on with the piano but I am blown away with how amazing the strings sound.  Not sure if that’s an e-bow being used in the haunting atmosphere of the very beginning of “My December,” but I love whatever that is too!  Aside from those few elements, it’s pretty much just left up to her vocals from there to bring this one home.

I think she did.  She puts in bold, angelic tones that mix the pain and confusion in the lyricism perfectly in-line with the energy and intentions of the words.  She’s done a great job on both the powerful lead tones that drive the melody and also the whispered backing vocals that communicate the franticness and racing questioning of internal-thoughts that drive the meaning, mood and atmosphere of “My December.”  The emotion comes through bleeding & raw, with just enough rasp in the edge of Jennifer’s vocals to provide that hint of Bennington’s influence in her approach on how to sing this song.  She makes the most out of the biggest moments in the music and knows right where to push her own limitations to rise to the occasion…because she knows the material, truly.  Because she truly is, a fan.

And likely, the loss of Bennington hurt Jennifer like it has so many of us out there in the music-community…but it’s through that same community that we find the healing we need.  Artists like Jennifer Hope create versions and covers not just for their own sanity and emotional needs, but to put something out into the world that might very well comfort someone else at the exact time they need it most.  I fail to understand what better tribute there could possibly be when looking at it that way.

Find out more about Jennifer Hope from her official website at:  http://www.jenniferhope.com/