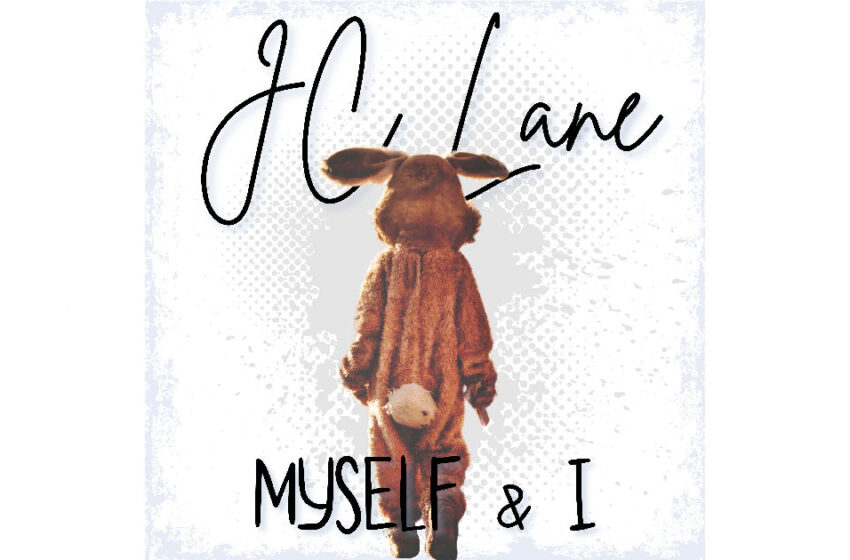 How did JC Lane put it last time around in describing her sound when I was listening to her Automatic EP?  “Teenage Pop” was it not?  She might not exactly expect an old grey-bearded buzzard to enjoy her music as much as I truly do – but hey, that’s where we’re at, and that’s the reality here.  I ain’t ashamed to admit it!  I might not look anything like her target demographic & I’m more than twice my teenage years now – but I still connect to a bold & powerful melody & fantastic singer like JC is in any form or style I can find.

Or at the very least, I’d be at a loss as to how to go about resisting the magic in the chorus of “Myself & I” – I’m pretty sure the ability to do that is well-beyond me, nor am I inclined to even try.  The most you’d find me conceding is that, sure, thematically, the days of me worrying about my plans for the weekend are probably long behind me now…though I do completely connect to how “Myself & I” ends up revealing the bliss of isolation.  “Just another night myself & I” as Lane will sing – which sounds to me, like an absolutely perfect night filled with the best of company, “talking to the walls” – I can’t be the only curmudgeon out there that thinks this scenario sounds like a freakin’ FANTASTIC way to spend their time, am I?  While of course I’m kidding around here…at least to a degree…I’m not so old that I don’t remember what those times were like, and just how devastating it could be to feel like you wanted to go out, flip through all the numbers on your phone, only to find out that everyone’s already busy doing something else – that’s always tough, and JC explores that dimension of “Myself & I” really accurately through the lyrics & radiant emotion on display through her latest single.  Green lights ahead here though as far as I can tell – I think the verses are stellar enough to convince most out there to lend their attention on their own, but if they somehow weren’t – the spectacular chorus she’s got is the clincher.  Specifically, when she gets to her biggest lines of expression like “and I don’t think anybody’s coming to meet me” or “at least that way nobody will hear me cry” – you can hear that JC is every bit the melodic force on the mic & as fearless of a performer as I’ve claimed she was in the past in reviewing Automatic.  “Is it normal to be scared of the weekend?” might even be one of my favorite opening lines of any cut I’ve heard this year when it comes right down to it as well…JC Lane is full of ideas that connect, and the way she goes all-in on her performances & holds nothing back gives her the edge over so many others out there rockin’ with a similar style.  I felt like she really got the most out of “Myself & I” – and while I’ve been having some fun with the isolated aspect of this concept here in this review, the reality is that a whole lot of listeners out there would absolutely connect to the spirit & sentiment they’ll find here.

Now…from what I’ve read & what I understand, “Myself & I” is also the first in a series of songs that JC Lane has planned to be released EVERY Friday for the next TWELVE WEEKS – how awesome is that?  I’m not sure how you’ve spent your time in isolation & quarantine over this past year, but JC makes a great case for the rest of us all not using our time wisely enough by comparison to the way she’s come out on the other side so ready to rock, with a plan to carve out her path to success.  Believe me when I tell ya folks – just READING this makes me happy, let alone hearing it, which I seem to continually love as well – but what I’m saying is, even if JC had a tenth of the talent she has & still had this much planning & thought put into her career, she’d be destined for extremely great things.  The fact that she DOES have all this talent to go with it and such a lively & captivating spark in the way she sings…I mean…it all stacks up to a recipe for big-time success on the strengths of a stellar artist who is clearly as motivated as she is inspired to make this moment in her life truly count.  Plus, her band is 100% locked right into her vision. 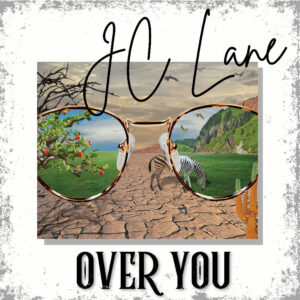 As I mentioned – she’s got even more awesomeness in-store for ya comin’ up, every Friday for these next twelve weeks…or at least, that’s what she’s got planned so far.  Lest we forget, it was only less than a month ago that I reviewed her debut EP…it definitely appears that JC’s got the juice, the energy, and the creativity it takes to keep the momentum surging at full-speed without fear of running out of any of those qualities, or material for that matter.  I’ve gotten the privilege of a snapshot of what’s to come with the single she’s got planned for week three, called “Over You” – and if I’m being 100% honest with ya, it’s a pretty darn tough call as to which of these singles I like more.  I’m probably gonna lean a little more towards “Myself & I” when push comes to shove…but there are such impressive moments in the melody & spirit fueling the fire in JC & her music on “Over You” that could rival the highlights of her first single for sure.  Like…the brearkdown around the 2:15 mark?  Brilliant – and loaded with her spectacular personality; it’s a short moment in the song that makes for maximum impact through the cleverness you’ll find in this single’s structure & performance along with it.  At the end of the day, she’s got stadium-sized hooks stocked in this song that are built with that energy you wanna hear radiating from the stage in front of ya…but I’ll gladly accept it through my speakers for the time being.  There’s nothing here in either of these tunes that I’d remotely think to criticize…JC’s in control and she SOUNDS like it when she performs…bold & confident…and I love that about her, sincerely.  You can hear the fighter in Lane in ways you just can’t find in so many others – her burning desire to DO this, is savagely addictive & equally fierce…and there’s really something about her…the way she sings, the way she writes with such focus, or how she performs with such genuine passion, that everything all sounds like it leads directly to the success she’s seeking out, and clearly deserves for the effort she puts into the music she’s making.

I believe…if I’m not mistaken…the next-single you’ll find is gonna be called “Stronger Without You” – and you’ll be able to find “Over You” on the Friday right after that…and then, as I’ve mentioned, even more awesomeness still to come this year.  Keep your eyes & ears on JC Lane – find out more about her music at this multi-link here:  https://linktr.ee/Jclanemusic

Tags: JC Lane Myself & I Over You Singles sleepingbagstudios