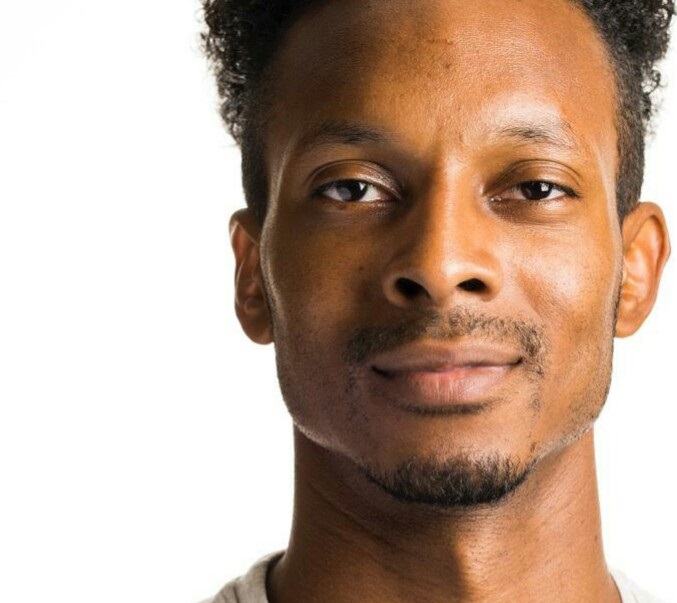 Consider me interested.  I was checking out new cuts from Jaewar from a private list of tracks that are potentially making up the core of his upcoming record True! Raw Honey and finding it pretty damn easy to jump into these rap rhythms…I wouldn’t say it’s necessarily out of step with what’s out there right now entirely, but it’s undeniably offering something different to your ears.  And the best news?  It’s being released right around the corner from now…according to the page I’m listening on, the album officially drops in the fall of 2016!  How sweet is that right?

Wait.  Wait whaaaaaaaaat?  I just woke up here and I’m realizing that 2016 was last year…and that some of these tracks date back as far as ten months ago.  Alright then, consider me interested beyond just what I hear in the music – now I want to know what the holdup is!  I’m all for seeking out opinions and testing the waters to see what works like we are here today in this album-preview of True! Raw Honey – but at the same time I’m wondering what could possibly keep Jaewar from releasing the music officially.  As musicians, you all know there can be a ton of reasons as to why this is from delays in production to writing new material…but at some point you really do have to pull the plug and put the music out into the world for better or for worse, know what I mean?  In the A.D.D.-era of modern day music, even waiting for quality can cost a band/artist & be taking a chance…and in truth, I hear about maybe one or two songs in any given year that are worth spending a year ON…most music is just really damn good.  Point being Jaewar – green light these songs brother…time to stop holding yourself back and start putting yourself out there for the people to hear ya!

But for real…interesting stuff for sure.  As “Trunk Bump” started up I had all kinds of thoughts & comparisons roam through my brain…with the first impression immediately starting-up through the Jamaican-style rap-hook that begins the song…much like the complementary sound of Hawkman used by Tricky on the Blowback album.  It’s still a highly-unique sound in music/vocals and it works exceptionally well here at the beginning of these tracks I’m checking out – they pulled me in right away.  Second thing I noticed was the old-school bass-lines and that tone/delivery-wise, Jaewar actually reminded me a lot of Ice-T back in the day…think like, Power-era…or for those in Canada, Maestro Fresh Wes…it’s a familiar style & welcome sound to the ears.  He rhymes smoothly & confidently over his bars…keeping the syllables and words tight to the meter but not pushing anything too quickly speed-wise.  Clarity is king throughout the verses on “Trunk Bump,” which also features Essie Quoi as a collaborator on this tune’s second-chorus and she’ll show up again in a couple spots on the official album release from the looks of things coming up later on the playlist.  Closest thing I’d compare Jaewar to out there today would be something similar to TrackSevenBand…”Trunk Bump” is a lot more chilled-out when it comes to the comparison energy-wise, but that atmosphere of real instrumentation meeting rap is here.  I’m not even all that convinced that what we hear on “Trunk Bump” isn’t a whole bunch of incredible work through samples…it could very well be…but what we hear sounds impressively REAL.  Essie’s spot around the 2:30 mark flows gorgeously, Jaewar’s vocals sound full of character & charisma and the music is endlessly smooth on “Trunk Bump” – definitely a great track to have started with.

The second cut I checked out was called “Fantasy” & features Vibe Riot, Xe Jah’Twi & Essie Quoi all in the mix.  The music sounds impressive immediately once again…the guitar melody sparkles and sounds perfect with the thickness of the bass supplying the low-end alongside the crisp snap of the snare beat – all highly inviting to listen to instantly.  There’s a friendliness in the tone of Jaewar’s vocals…while he might still remind me of the sound of an early Ice-T, you’d probably be way more apt to give this guy a hug rather than the emcee of Bodycount, know what I mean?  “Fantasy” proves that ten-times over…there’s a real comfort to the sound & flow of Jaewar’s style…I like the pace he’s set for himself throughout the verses; it has that old-school feel to it…slowed-down, clear and well thought-out rhymes with impressive imagery in the narrative and tales told.  I was slightly tossed-up on Essie’s hook in the chorus at first…I’d eventually go on to believe strongly that it’s the kind of hook that becomes more addictive the more you listen to it…it’s loose, but it does work with its drifting/dreamy sound.

“Babylon Falls” is right where we need this emcee to be however.  When this cut starts, you can immediately FEEL the vibe in the atmosphere switch to a more serious direction – and smartly matching the energy in the song & song, Jaewar takes this cut into more socially-aware territory.  I think there’s an element of the knowledgeable vocals that you hear here on “Babylon Falls” in the opening tracks, but nothing nearly so reflective, observational and direct as this.  I think the hook in the chorus is well-written and strong…not sure if it needed the added reverb at all or just potentially less of it…I dig the idea of separating the vibe/sound of the vocals a bit between the two main parts of the song, just wasn’t entirely sure that it didn’t go a touch too far in the mix.  Not complaining much here…that’s an easy fix and something that Jaewar may/may-not want to look at…bottom line is the writing is in-place and the hook itself is strong enough.  Tone-wise, he shifts here from what reminded me of a young Ice-T to what sounds more like a young Jay-Z – but what really works here unquestionably is the flow of the verses & the poetically-driven lyrics that fuel the words.  Jaewar’s got something to SAY as an emcee…tracks like “Babylon Falls” are what prove that he’s here for more than just good-times and party-songs.  The way the lyrics flow with the brilliant guitar melodies and harmonics is straight-up genius – the music is every bit as strong as the vocals on “Babylon Falls,” all adding up to one massively complete sound & idea.

Case in-point once again, “Waddup” also makes sense to my ears in the same way.  Heading towards a more minimalist Kanye-esque style, perhaps even with a slick reference to the song “New Slaves” within the lyrics to confirm the influence.  Bottom line is this is where Jaewar seems to shine brightest…when he focuses on socially-relevant & inspiring lyricism like this.  From the samples of good ol’ Barack that begin the song with one of his most uplifting speeches to the clever messages from Jaewar calling for unity – “Waddup” is a solidly satisfying cut that has its emcee sounding larger than life.  Picking up the speed and showing the skill in his craft, Jaewar rhymes and flows much quicker than we’ve heard him so far without sacrificing quality or clarity one bit.  In a way, I can hear that there’s ‘less’ to listen to in the overall structure and makeup of “Waddup” – but in that pure sense of minimalism, he’s maximized each and every moment & element added into the song to get the most out of it all.  Slight risk perhaps with the slight distortion added to what sounds like both the vocals and music at times…just enough edge in my opinion…and you can hear from the low-end sample that the mix is on and it’s a stylistic choice; some people won’t get that but fans of the genre will.  Regardless, it makes sense to me – I thought “Waddup” was a seriously strong tune and one that best reflected Jaewar’s abilities and strengths as a leader on the mic.

So now we just gotta get this guy to adjust his calendar and I figure all will be right with the world…maybe we’ll get this record out in 2017 sometime after all.  Jaewar’s a born entertainer for sure; an artist that reveals more depth in his music the more he focuses in on the subjects and themes he writes about.  Impressed with what I’ve heard from him and have no doubt he’ll continue on strongly from here, harness that ability to truly connect to people through his words and confidently lead the way to a better tomorrow for us all.  He says it best in “Waddup” – ‘if it ain’t one love, it’s war’ – the world needs people with this mindset, message & music right now.