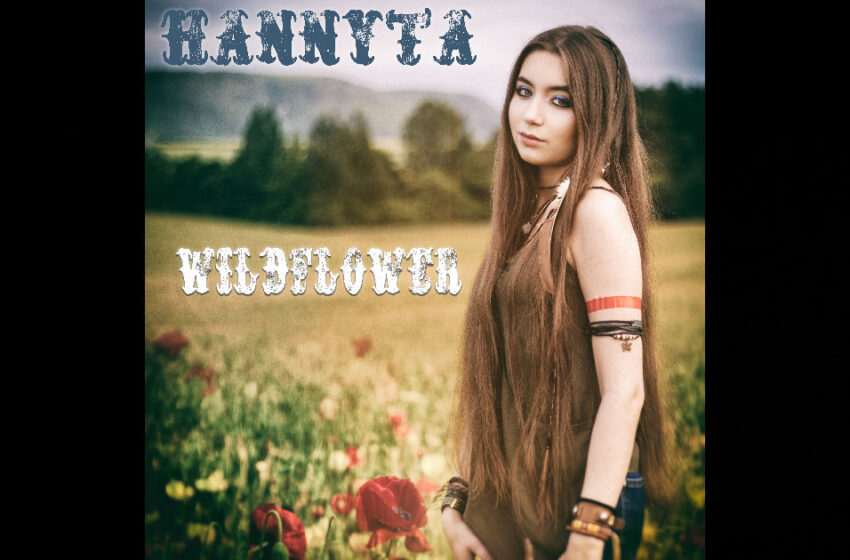 I tell ya.  If I could just go ONE day without having to hear ANOTHER song inspired by Nicolas Cage, that would be mighty nice and much apprecia…

…wait a second.  Actually…that’s a new one for me.

Like I always say around these pages of ours, we all gotta write about something right?  While I might have some legitimate concerns/opinions about learning history via Nicolas Cage…I have to confess, I spent my summer watching the History Of Swear Words, which he hosted…and I admittedly, ended up learning a literal TON.  So who I am to judge?  Cage’s class is in session y’all – gather round!  If Hannyta found inspiration from the movie Windtalkers and it moved her enough to write a song about it, that’s more than cool with me.  We’ve all had enough love songs to last us a lifetime I’m sure, and it’s artists like Hannyta that prove there’s more to making music than just a simple theme; and quite clearly, that creative inspiration can be found just about anywhere!

Debut single too!  If the inspiration & theme of “Wildflower” isn’t an indication that we should expect the unexpected from Hannyta in the future to follow…I’m not sure what else could be.  And I like that personally…I think a single like this, straight outta the gate, pretty much throws the doors of opportunity open as wide as possible – no joke folks, most artists/bands stick realllllllly close to the script when it comes to those first tunes being released, and the fact that you hear a subject as rarely written about as you’ll hear in “Wildflower” indicates that, even though she’s still in high-school, Hannyta’s gifted with an insightful approach of her own when it comes to making music.  For a debut…heck, perhaps even for a song in a career two or three years in…I’m not hearing anything that’s of a huge concern at all!  She’s got a great voice, clear & confident tone, and Hannyta shows us she knows her way around a hook that works.

Uniqueness is a freakin’ fantastic thing to have goin’ on so early into a career, and that element being so present & identifiable in Hannyta’s music is gonna carry her a long, long way…over time.  An artist like this is gonna have to stay the course, know she’s making the right moves, and ride the waves for a while – not everyone catches on to heavier lyrical concepts within Pop/Electro like you’ll find here, that’s just the reality.  I’d LOVE to say that’s not the truth, but it is.  So while yes, uniqueness is ALWAYS the way to go, and will assuredly be a large part of what’s going to propel Hannyta to greatness over the years to come, it’s that same aspect of her music that’s going to potentially make it take a bit longer to grow on some.  That’s not a signal to compromise whatsoever – like I said, I think she’s got hooks in this chorus strong enough to transcend just about any obstacle in her way – but there is also no denying that she’s chosen to write about a more niche subject that narrows the scope of the audience somewhat.  Don’t get me wrong – it interests ME – but a lot of music does for multiple reasons – I’m the exception, not the rule; I do my best to be objective and hear songs how other people would hear them…and in that respect, I think “Wildflower” is definitely going to get its fair share of attention from those out there looking for a bit more in what they listen to thematically…the top-40 crowd might be able to hang with this if they don’t end up digging into it too much, you feel me?  We’re talking about music with substance here y’all – and that frightens a lot of listeners out there…again, that’s the reality…when faced with the choice between learning something, or just singing along with a catchy hook or two, they’ll choose the latter.

Those that DO stick it out though, or appreciate songwriting with depth, become extremely loyal fans – and I’d very much assume that the inherent catchiness of the chorus will still draw enough people in from the rest of the scene to have a listen.  She sings it well…I think the verses are right on the edge of having enough & not, but I felt like she landed on the right side of the fence as “Wildflower” played out.  Chorus-wise, I think Hannyta’s essentially in a no-lose situation there…that’s universal appeal without question and I’m positive we’d all hear that the same way for sure.  She’s got seriously impressive control of her voice and a real professional confidence you can hear…and I stand by what I said, her uniqueness is going to be exactly what leads her to the longevity she’s seeking out as a career artist.  It might make moments like “Wildflower” take a bit longer to catch on…but ultimately, that’s okay!  I mean, I hate to break it to ya folks, but not everyone out there hits the big-time overnight – shocker, ain’t it?  Artists like Hannyta, who instantly display a willingness to do things differently and carve out their own path are the ones destined to do great things over the course of a career…she’s got a daring spirit, a stellar voice, and she’s clearly ready to entertain from the speakers to the screen – “Wildflower” reveals an artist with a bright future ahead, and the kind of genuine creativity that could take her to #1.

Find out more about Hannyta at her official website at:  https://hannyta.com