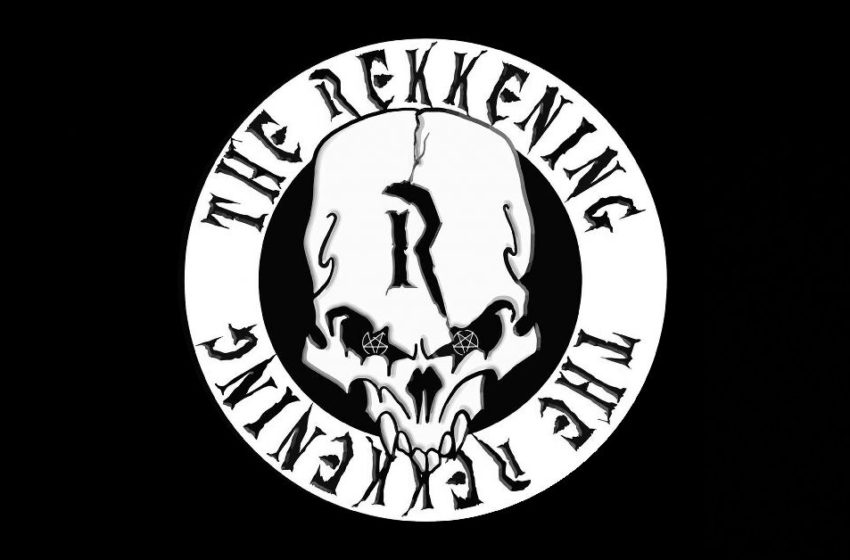 SBS:  Let’s make sure we’ve got everyone on the same page – who are ya?  How long have you been doin’ this music thang and what’s the story behind it all?  What separates you apart from the rest?

GoReDzilla:  I’m GoReDzilla, I play bass in The Rekkening and The John Hubcap Band.  I also help produce, arrange and co-write everything we play.  Been doing this music thing for 20+ yrs.  I blame everything on seeing Black Flag (w/ Henry Rollins) and Iron Maiden Powerslave tour.  I was a huge music fan (even for a child) before but as soon I felt the power of a live show the seed was set.

I then crash coursed through life meeting musicians, getting taught how to play the basics, got a few really bad basses and a Sears guitar before I bought my first real bass.  Later I took an opportunity to go to “recording school” in Vancouver BC Canada.  It was crazy because I was taught Analog style recording just as Digital recording was becoming something.  I remember using an Atari 2600 computer going into a 8 track 16 bit input box ($5000 US at the time) and dumping the tracks to Analog tape to (badly lol) mix.

I started a indie music company while living in Vancouver and my whole thing was to record bands on site (using a Yamaha 16 track stand-alone digital recorder).  This included live concerts, rehearsals, full studio bed track recording, impromptu jams etc. for dirt cheap but the majority was recorded at Charts Music in Burnaby (a suberb of Vancouver).  When I first met them they ran a rehearsal space in the city of Vancouver called The Rubber Room.  Every big punk, metal and rock band in Vancouver in the mid-90s played there from Econoline Crush to Nickelback.  There is a full documentary coming out and it will blow your minds.  After the city shut down the building they moved to Burnaby and started Charts.  Being part of a giving music community at the time my whole premise for starting my own little company was to give bands and artists a chance to get material out to the public and I did it for very cheap but mostly free because I heard something in that band or artist the public needs to hear.

SBS:  How has this time in lockdown/quarantine affected you and the music you make?  Positives?  Negatives?  It’s obviously a crazy time for everyone, but certainly musicians throughout the independent scene as well…what have you been doing to make sure the music is still flowing somehow at this time?

GoReDzilla:  I have been playing casually each day.  I have been writing a lot of riffs and exploring different bass techniques and learning songs I have always wanted to.  I’ve fallen into many, many, rabbit holes on Youtube always coming out with something.  The hardest thing right now is no rehearsals for either of my bands.  Both were in the middle of a LOT of work with recording demos, new songs, booking shows, merch designs etc. before the lockdown.  Now we have even more songs, and ideas to work on.  The Rekkening put out a lockdown video of a new song called “Bulletproof” a few weeks ago and are working on a few more to try to get done.  It was a fun and interesting way to put something together.  I recorded (audio/video) the drums in his jam spot.  I then tracked my bass using the REAPER DAW (free) at home and our singer (Trasee Rekkening) and (Travis Arnold) guitar player did the same with their audio and video.  I then mixed the audio tracks and Travis then put it all

together using Davinci Resolve (free video editor).  It took about a week and I can’t stress enough that hopefully other bands figure out how to do this for themselves.  We have had a huge amount of support for it.

SBS:  Is there a lesson to be learned in all this Covid-craziness?  If so, what do you think it is?

GoReDzilla:  The one lesson I want everyone to leave this whole experience with is exactly the one they have gone through personally.  I really hope that what is important and what really matters to someone changes better for themselves.  The greed, materialism, consumerism, living in a little ego driven box to please someone else, being beaten down so much to be willing to believe lies and manipulation in the media and politics mentality has to be extinguished.

SBS:  What is the most key thing that people can do out there to support musicians during this time?

GoReDzilla:  Buy merch, stream, like, subscribe, and share as much as you can.  This is also a very important time for music fans to REALLY get behind their local bands and support them in the community.  When shows start happening again that will make a difference in having 30 people at a show to having 100 people at a show, and buy a shirt! lol

SBS:  There are some that say there’s ‘no going back to normal’ and others that still think that’s a possibility after all is said & done and we’re allowed outside again…what do you think?  Let’s ballpark it…let’s say it’s…September 2020, that’s not too far away…what does the world look like at that point?

GoReDzilla:  It will be in stages where I am (Montreal, Quebec, Canada).  We have a lot of cases because spring break is a week early here and ended when lockdown was announced and the care homes were hit very hard afterwards.  By September here restaurants and stores will be open but limited capacity.  Montreal has a HUGE music community.  There are literally 100s of local bands playing a month.  I can’t count how many times I went to 2 or 3 shows a week if not in the same night.  THAT is the one thing we all want back in Montreal and every band is 1000% ready to kill it on stage.

SBS:  What do you miss most during this whole lockdown?  What’s the first thing you plan on doing if/when things find their way back to normal, and why is that the most important thing to ya?

GoReDzilla:  The thing I miss the most is getting off work and hanging downtown, running into people, drinking beers, goin to shows at Foufounes Electric and The Piranha Bar as well as going to restaurants and eating the BEST food I’ve ever had (Montreal cuisine is no joke).

SBS:  Open floor!  Anything else you want to say to the people out there?

GoReDzilla:  Never back down. Never sell out.

Find out more about the music GoReDzilla’s making out there – visit the official pages below!

We’ve extended the deadline & we’ll be accepting submissions to the SBS Covid Relief interviews in written, audio, and video forms until the end of May – find out more about how you can get involved right here.

Find out more about what sleepingbagstudios does to help assist the independent music scene and view a list of our services by clicking this!