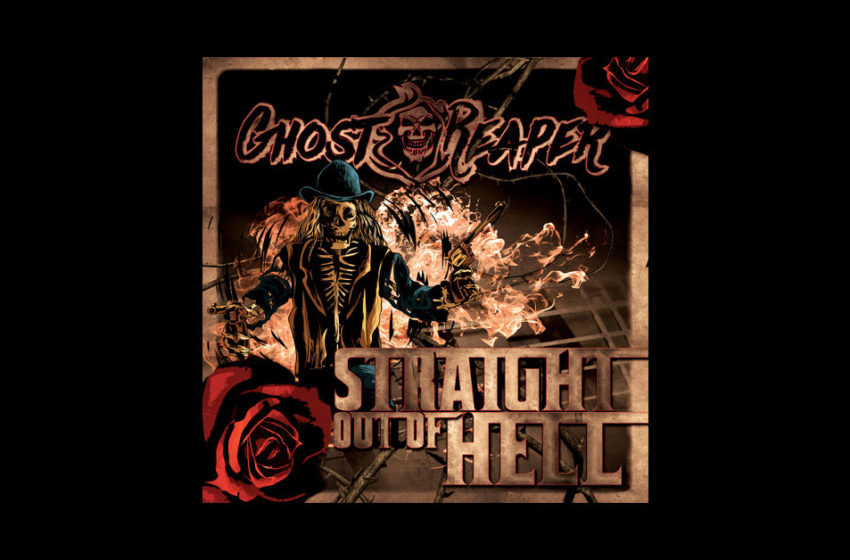 Ghostreaper is gettin’ ready to scorch the earth this year with a hybrid debut album that fuses Metal with the wild wild west – their new record Straight Out Of Hell arrives officially on December 6th this year.  If you’re a fan of everything from serious Hard Rock to Traditional/Modern Metal, you’re going to want to mark your calendars and make room on your playlists for Ghostreaper – they’ve enlisted ten vocalists from all over the map, both male & female, to bring their epic songs & tales screaming to life.  You can hear the collaborative spirit roar all throughout their lead-single “Sons Of The Gun” that features Venezuelan singer Deibys Artigas alongside the talented duo of Mikk Hollenberg & Wolle Haitz that are found at the core of Ghostreaper; together they blaze through this western-inspired opening to their new record and display an enormous sound from the music to the microphone.  As intricate as it is relentlessly energetic, Ghostreaper is on fire throughout “Sons Of The Gun” and makes just as much of an impact through their musicianship as they do with the uniqueness in their songwriting & ideas.  With a killer set of visuals supporting their new single from Straight Out Of Hell in the lyric video for “Sons Of The Gun” – it’s more than clear that Ghostreaper is capable of creating highly memorable material with real style & skill.  Brace yourselves and get ready for the ride to continue this December with the release of their debut album; until that moment comes, prepare thy ears by pressing play on “Sons Of The Gun” below & get yourselves a taste of Ghostreaper!

Find out more about Ghostreaper at their official page at Facebook here:  https://www.facebook.com/ghostreaperband 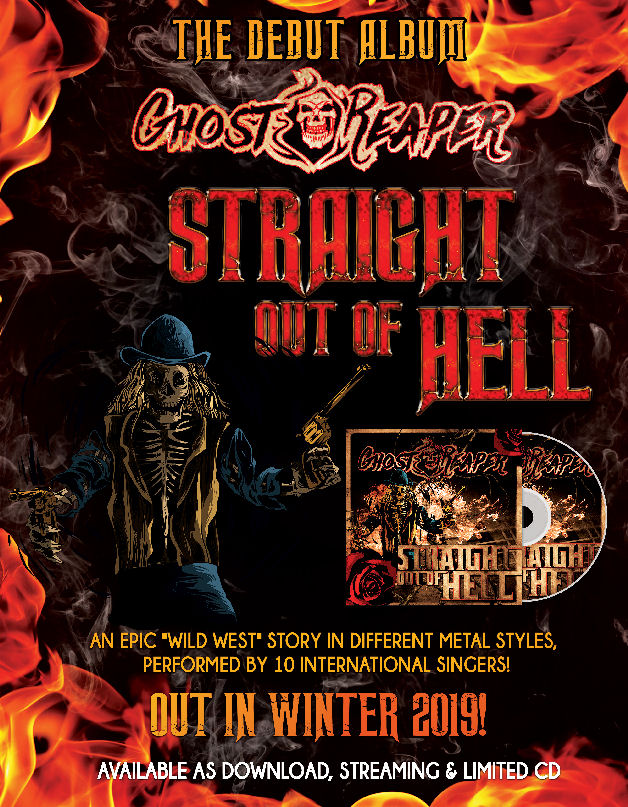