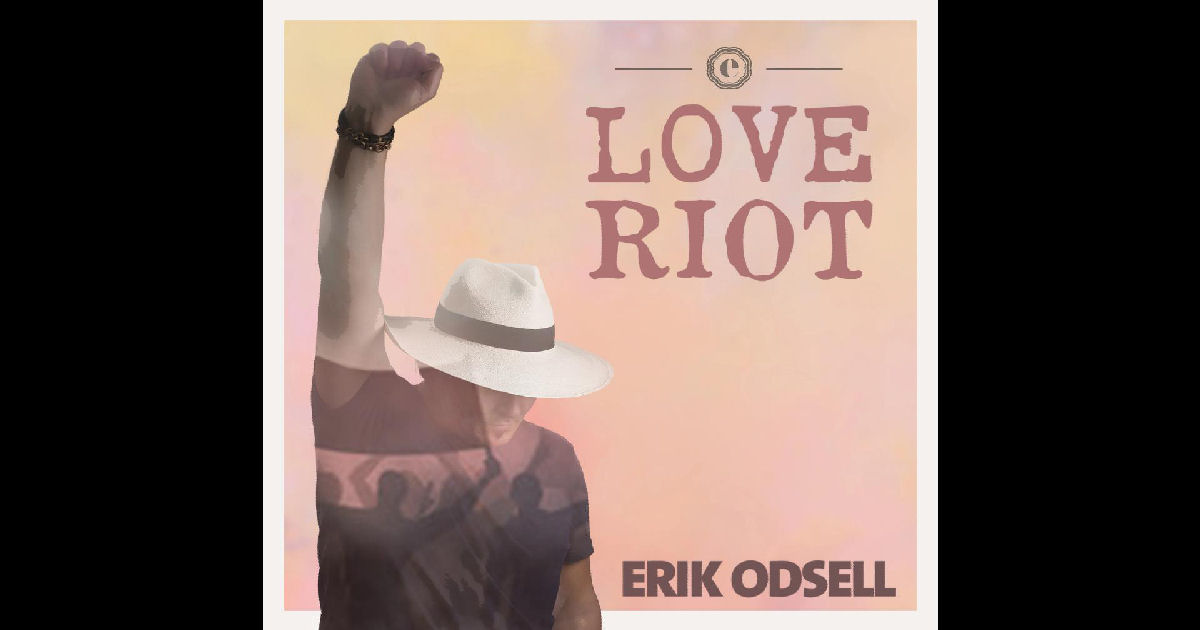 “Our passion is what makes us real” – that’s a fantastic line, one of many inspiring lines from Erik Odsell’s new single “Love Riot.”  Dude’s written himself a pretty positive piece of music here…an audible call to unity of sorts.  I can dig that – the world could use some more positivity & love right now for sure.

Light synth & hand-claps start out the song with space for Erik’s voice to fill the melody in between.  Structured powerfully, the build-up pays off with the added energy as “Love Riot” shifts from verse to chorus.  Erik’s style has always been on the mellow-side of pop/soft-rock, and true to form, he doesn’t push this track too far, even at its biggest moments.  He’s got an undeniably professional approach to his writing, vocals & music and you can tell through his controlled movements & singing on “Love Riot” that he’s still got that required focus and commitment to his material…that’s what pulls us in.

I think overall this track came out in a really interesting way that has a chance to attract some people that Erik may or may-not be expecting this time around.  Last time I was listening to & reviewing his previous record Searching For Lost Boys Island, I felt like you could certainly tell who the target demographic would be – but on “Love Riot,” I think he’s expanded the potential for his sound to reach many more people.

Here’s why.  When you listen to the new single from Odsell begin, if you’re like me, the first thing you’ll notice is the somewhat dated sound of the keyboard synths at the start of the song.  We may like them, we might not like them…that’s always up to each of us as individual listeners…but as a sound itself, there’s no doubt whatsoever about those sounds coming straight out of the early nineties.  Nothing wrong with that either – people eat that stuff up & those big swelling synth-sounds always seem to have that…I dunno…indescribable, uplifting energy I suppose…you can always feel that surge resonate right inside you.  So right there alone, you’ve got an entire demographic that would love this tune…because people really do love their big giant synth-sounds & that’s why you still hear plenty of’em today.

Where the song’s potential expands is through the structure itself – that’s where Erik pulls “Love Riot” into a more modern-day setting that people are into right in the here & now.  You add in the relevance and heart in the song’s intentions & ambitions and how that also plays a huge role in how we might listen to a song like “Love Riot” in our world currently…and I think you get the point; a lot of people are looking for something in music that helps take them out of the dark of their day and into the light.  And that’s ultimately what a song like this is designed to do; not just to be listened to, but to inspire that light inside each and every one of you as well…to start an entire, global “Love Riot.”  You in?

Erik sings his parts on “Love Riot” with passion in his voice and professionalism in his approach.  When he goes up high for the first time around the 40-second mark, that’s where you can hear him hit the mark with real precision…I’m not saying the rest is easy by any stretch, but the highest of his notes here certainly come out impressively and really stand out.  For the most-part, Erik stays in a comfortable zone for his vocal tones and delivers with the amount of energy that suits the track.  I suppose there were a couple moments where maybe an additional backing-layer that would allow him to deviate a bit from the main melody by adding-in some random vocalizations might have boosted the drama in the ending a little more, but overall, I’m not complaining, this came out really well for Erik and he’s essentially flawless in his performance.  The only other thing I’d question is having the word ‘haters’ in there…which…I’ll admit, seemed a little bit ‘placed’ into the song as opposed to feeling like an organic part of the writing; I think Erik’s strong enough in what he does to not have to give in to buzz-words in an effort to help modernize the idea.  Does Erik use the word ‘haters’ in his everyday life?  I’m thinking no – it just doesn’t seem to naturally fit the tone & attitude of the rest of the lyrics, which seem more mature than that part of the pop-culture lexicon.  It’s hardly a factor or any kind of major complaint overall though…it’s certainly not a big enough part of the song to put you off, it just happened to stand out to me as I was listening.  The rest of the lyrics seemed entirely consistent, focused & fit the tone.

To make the track even more interesting, reading about its history, inspiration and timing tells you even more about this song and why it’s relevant right now.  Start with the fact that it was inspired by an open-mic session that occurred just slightly after last year’s US election.  What made an impact on Erik that night was watching countless artists express their feelings of hope despite the apparent despair, and how they instantly began to rally for our shared humanity & love for one another.  Like all great songwriters, Erik draws his own inspiration often from the life around him, and as a result, songs like “Love Riot” come into their existence.  To add an exclamation point to the concepts driving the song, it was also slyly released on November 8th of this year – exactly one year to the day after last year’s election.  I don’t know about you, but I love stuff like that…it’s those tiny little details that show you an artist is thinking on a bigger-scale altogether, not just focused on the music itself, but how it can most effectively reach its intended target – the people out there.  Aside from all those rad tidbits of info, Erik also had some genius help in the mixing & mastering stage, with the mixing provided by Henrik Hansson at Cobber Media in Malmö, Sweden and the mastering from the legendary Robert Vosgien, the latter whose credits would span twice the length of this review at the very least.  As I’ve often said – it’s inspiring to BE inspiring…and when you’ve got a song with a pure-hearted vision like this, others can clearly see it and want to be a part of the magic…which certainly seems to be the case for Erik here…and chances are, you’ll see & feel it too. 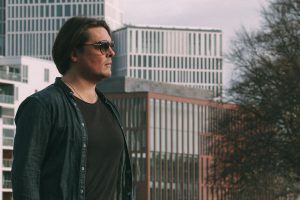 Find out more about Erik Odsell at his official pages below!