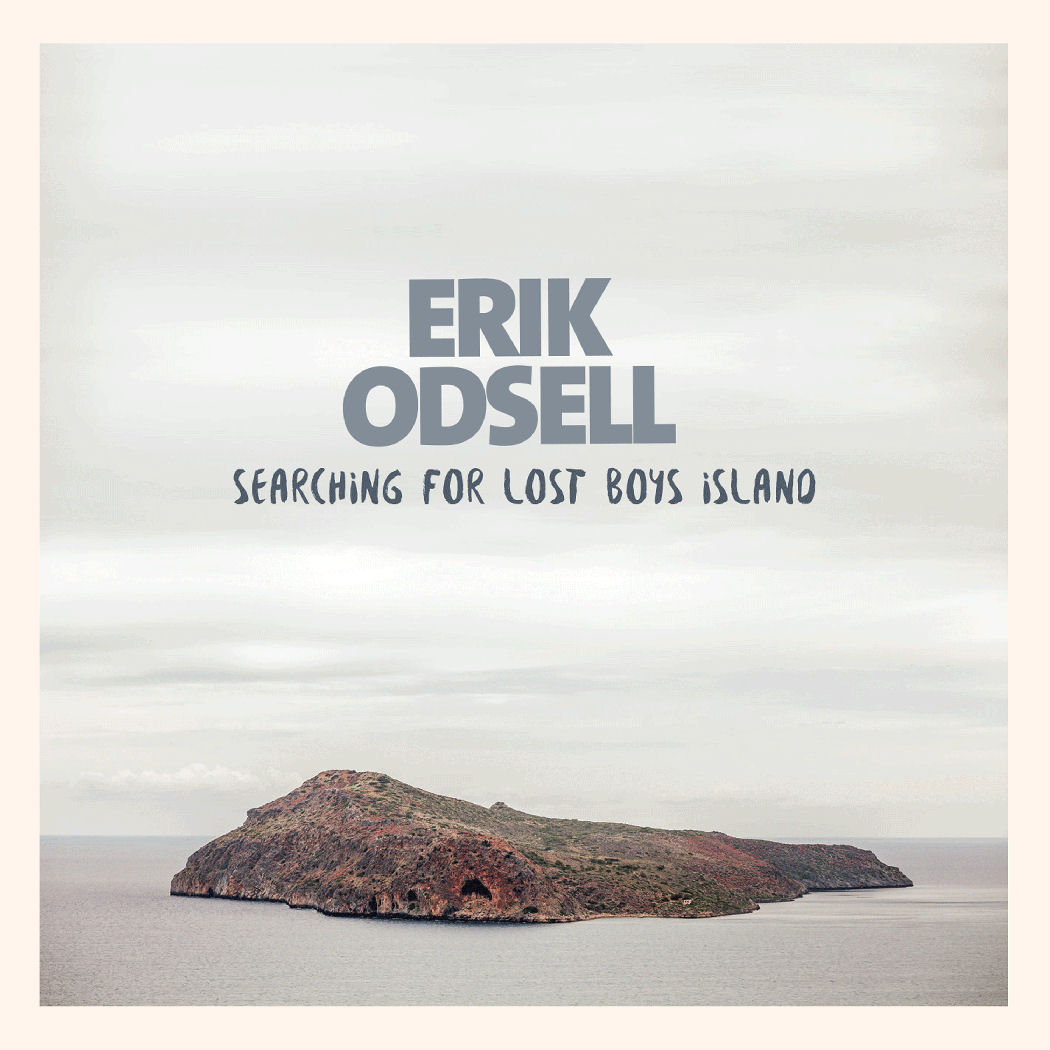 It’s always interesting to see what other people hear in their music.  If there’s a gap in the independent music-scene, as far as I’m concerned, it’s quite often the disconnect between the songs we write and we truly love…and the songs that truly connect and resonate within others.  The entire scene needs a permanent A&R guy…I find more often than not that the choices for released-singles resemble more of our own personal favorites or represent a track that really took an incredible amount of hard-work and effort to write rather than what should become potentially the natural choice to pull us in.

Enter Erik Odsell…singer/songwriter from Sweden that you might have heard on the most recent episode of the SBS Podcast.  We played his most recent, and third-single from his album Searching For Lost Boys Island called “Unapology” which you can also check out for yourself below through his latest video.  And don’t get me wrong – there are a lot of great things about this song…as there are with the other two songs released as singles including “Goodbye” and the title-track as well.  So it was a little strange for me, in the sense that I’d heard the singles before checking out the album in-full…that to hear the record’s first track “Waiting For The Snowfall” was perhaps the strongest tune I’d heard from him right off the bat.  Bizarre right?  Three singles released and somehow the first song on the album has been passed right over as a possibility, even with all the strength it shows in the writing.  But hey…when you’ve put out three strong songs already, there’s no harm in finding more strengths lining the walls of an album I suppose…there’s certainly that side of the coin to look at as well.  It’s an undeniably powerful opening though…I will argue for sure that it deserves some extra credit and recognition…  “Waiting For The Snowfall” quickly reveals the kind of dreamlike atmospheres and songwriting that Erik thrives in.  Sparkling & shimmering…somewhere in a mix of that U2-esque epicness you can feel building in the music, alongside a Keane-like perspective in his songwriting and melodies…maybe add a little Chris Isaak in there as far as this one guitar-solo is concerned – and you’ve got a winning recipe that adds up to the magic you’ll hear in “Waiting For The Snowfall.”

Those comparisons I just made are ones that often apply to Erik’s overall style & sound throughout this record.  Hearing the “Where The Streets Have No Name” kind-of-building in the beginning of his latest hit “Unapology” with again, that very Keane-approach to the melodies themselves…no question about whether or not this kind of combination works – our world is already conditioned to accept and love these sounds.  Erik sings it uniquely different than either of these two comparisons mind you…which is a good thing; musically it’s almost impossible to not be compared to someone somewhere along the way – but it’s so crucially important to demonstrate through what you create that you’ve really found YOUR voice, and Erik certainly shows he has with the tremendous confidence and sincerity he pours into “Unapology.”  So sincere that I was positive he belonged in our latest podcast line-up, which featured a whole range of genres & styles of music, but also celebrated the fact that each of these artists and bands were made of the humble magic that really makes music spectacular.  You can hear it in Erik’s music…he was perfect to add to an episode with a theme like that, and we ended the entire episode on the strength of his songwriting – check it out here.

By the time I’d reached “Finally” – I began to realize that, even as much as anyone like myself would want to play A&R roles for the independent music-scene…sometimes you come up against an album like Searching For Lost Boys Island where each and every song could potentially be a hit-song in its own right.  I thought the hooks and the way that Erik sings “Finally” were also some of the strongest I’d heard outside of what he’s chosen for the singles already…but now I feel like I’m getting it; he could have chosen pretty much any song on this record – and the decision would be more like a temporary gut-instinct leading the way, because people could potentially respond to any of these songs.  That being said…I think “Finally” might have ended up as one of my personal favorites for sure – Erik’s created a beautiful melody here and he delivers it all with inspiring passion in his performance.  “Finally” would again, work completely as a hit-song…if you can imagine a band like The Fray taking hold of this, or perhaps Snow Patrol…then it would already be on the map.  Independent artists still have a tough time getting the music out there…there’s no doubt about that…but there are always ears that will find great music to listen to, just like mine are now.  I can hear the sincerity…I can even hear the slightest bit of his accent blend into his vocals on a song like “Come What May” and its uptempo, light-pop & jazzy atmosphere.  I do my best to hear everything I can…and believe me, I’m not the only one.  Many of the daily readers here at sleepingbagstudios are exactly the same way – and when you hear powerful writing like what Erik’s created, it’s bound to find that acceptance and acknowledgement at some point along the lines.

I think he’s at his best when he keeps it close to what’s happening in the here and now of music.  I don’t mind what he’s done on “I Surrender” – and in some sense, I do think there’s just as much hit-potential on a track like this…but it would be finding that success certainly on the soft-rock channels and love-song compilations.  With its firmly echoing drumbeat ringing out loud & proudly…you can hear that this track has a little bit of a dated-sound to it as a result of that – and I think he’ll want to be careful when it comes to walking that line between what’s happened already and what’s happening now in music.  Something like the guitar-lines that spring to life on “As Long As I’m With You” featuring Sascha Dupont and the entire song’s inspired performance represent the powerful grip he has on what’s happening out there now on the lighter-side of pop-rock.  “As Long As I’m With You” works brilliantly…those guitars are absolutely crisp, clear and sparkling, as is the combination of vocals between Erik and Sascha – that’s certainly a collaboration I’d hope he’d continue to explore as they really do sound fantastic together. 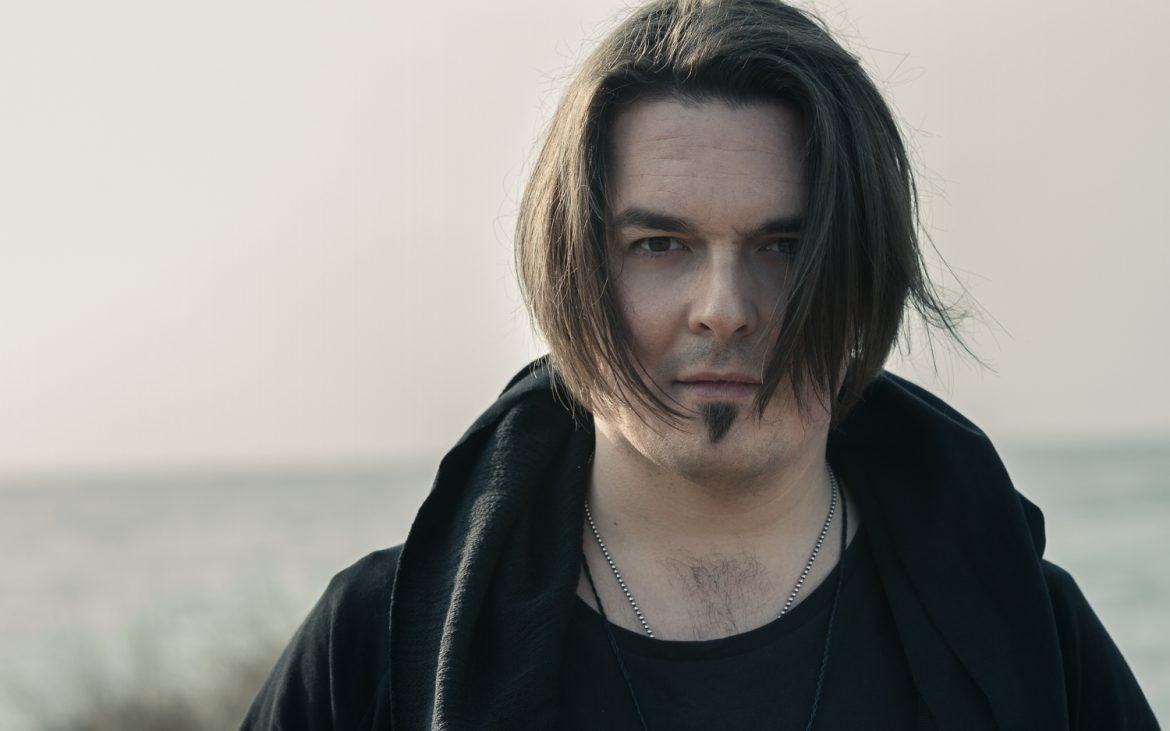 Bringing up the energy and emotion through the album’s title-track, “Searching For Lost Boys Island” is probably the song that highlights the sentiment and ideas of this singer/songwriter better than any other does.  Mind you…it’s kind of a unique and slightly bizarre way to picture and describe it all, but I think it also really speaks to the hopeful-nature of this true-dreamer and the idealistic attitude that Erik has and the positive perspective he views the world through.  Great switches in the music as it flips between its different energies…and when he moves into its powerful chorus, you feel the passion he’s putting into his music fully.  There’s definitely a love for late-80’s rock-pop that slightly creeps into this song and others like “I Surrender” and the following song “Some Might Say.”  Just a hint of it…not enough to overpower it all and drag it all back through time…just enough to tip his hand towards where his influences come from.  Again…it’s a fine line to walk…he really will want to be careful about bringing that bright & playful synth-sound you’ll find on “Some Might Say” too far into the mix, or people will feel like they’re about to head back to their Roxette and Billy Ocean collections…and really, Erik doesn’t belong in that category.  Skill-wise and songwriting-wise maybe…but sound-wise, I don’t think that’s the best road for him to be on…so my best advice is to stick with what’s really worked well for him in the more current and truly passionate sounds and songs he’s written here on Searching For Lost Boys Island.

I think he’s really written a solid set of tunes that will definitely help guide him in the right direction as he moves forward though.  As I’ve mentioned – each of these songs has single-potential to the point where putting them all out there eventually might not really be a bad strategy in the effort to help him grow and evolve for that next record.  I think a lot of valuable feedback can certainly be gained from that experience and potentially help him build an album that the people will respond to even more.

Ending with the conclusive melody of “Goodbye” – it’s about as final as you could ask a song to be and you definitely realize you’ve hit the end of the record on this last song/second-single released from this record.  Erik has another highlight moment for himself and sings this one beautifully against strings and piano…bass, keyboards and layers of harmonies that really work well to bring the album to a its conclusion.  Of the three singles he has released so far – I felt like each one of them got progressively stronger and continued to show more depth and strengths in his songwriting.  So maybe…just maybe…there might be a master plan for how he’s choosing to release this material after all…and maybe he doesn’t need that A&R guide as much as I might have thought when first experiencing these tunes.  Because there’s certainly a ton of strengths and highlights on this record that go beyond what you’ll hear from the current singles he’s put out already…but that might just mean he’s breaking us all in slowly and gently for the rest to follow.  It’s hard to imagine with the amount of thought and heart that you can hear in Erik’s music, that he wouldn’t know exactly what he’s doing; I’d be willing to bet he does and has many more fantastic things planned for this record and his music to come.

Find out more about Erik Odsell at his official page:  http://www.erikodsell.com