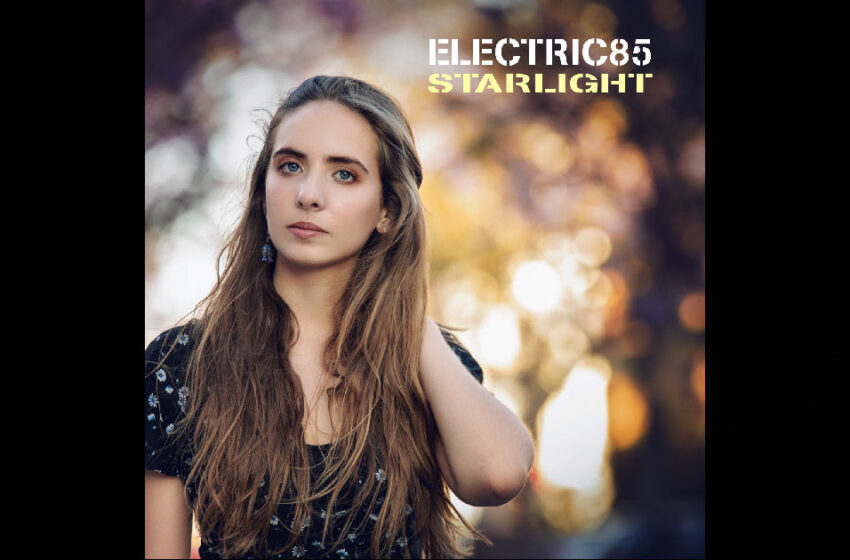 Ayyyy…it’s always a good day in my world when Electric85 pops back onto my playlist.

And if this shiny new single “Starlight” ain’t prove of why that is, I’m not sure what else could be!

I’ll put it to ya this way folks…I’ve already come to know of Electric85 as a project that can be relied upon for high-quality tunes…and to be entirely honest with ya, I felt like they exceeded any hopes or expectations I could have had with “Starlight.”  I’m not quite sure what kind of monster out there would feel like they found something to complain about in this song, but I can tell ya that monster ain’t gonna be me.  In my personal opinion, I don’t think there’s a hair out of place on this new Electic85 single.

So overall, it actually becomes incredibly tough to even know where to start in terms of talkin’ about what I love on “Starlight.”  Fundamentally, I think it comes right down to great songwriting…that’s what probably stands out the most, and likely the core of what leads this single to the flawless combination of sound that it possesses.  Everything is extremely well laid out in its structure & design, and smartly thought through, you know what I mean?  It’s the perfect example of a track you can point towards that has everything it needs, and everything it has serving the needs of the song.  The music is right in the wheelhouse for Ian Piña & Kent Worthington, the masterminds behind the sound of Electric85 – “Starlight” shimmers, shines, and keeps things fairly uncomplicated when it comes to the list of ingredients involved.  Cleverly using their recipe for success to their advantage here, they get the absolute maximum results out of everything they add into this song…the bass-lines, the percussion, the sparkling piano in the distance & splashing of cymbals…the spectacular beauty of the cello…Ian and Kent have every right and reason to be extraordinarily proud of how gorgeous the music on this new single is.  For a slower tune, I think a lot of people out there will be more than impressed with how captivating “Starlight” becomes, how quickly it becomes that way, and how immediately they want to repeat it all over again…this isn’t the kind of single where just one spin will do – you’ll wanna hear this over & over.

The question becomes, would “Starlight” have been as incredible as it is on its own as an instrumental?  I ain’t gonna dispute the sheer amount of beauty to be found at the heart of the music, don’t get me wrong – but I AM gonna emphatically say HECK NO!  Have no fear…I can promise you that I’m not telling them anything that they don’t already know.  Believe me when I tell ya, it’s no knock against all that Electric85 have brought to this tune, so much as it’s a compliment to their featured guest Maria D’Vari, who knocked this so far outta the park she’s given this single the opportunity to circle completely around the globe.  No joke folks…she’s audible perfection on this song, and puts in an awe-inspiring performance that shines brightly with every syllable.  Not only does she crush it with crystalline sound in the lead, but she’s equally fantastic in the background…I mean…what she’s added into the harmonies is absolutely ESSENTIAL in the final results of what we hear on “Starlight.”  The most anyone is going to find me conceding to ya, is that I felt like there might be a bit more room for her vocals to breathe in the mix of the verses…maybe…but the way that her voice comes through in the magic of the main hooks & chorus of “Starlight” ends up being that much more special because of the contrast you’ll find there too.  She reminds me of the sensationally angelic sound you’d find in something like Azure Ray, or anything that involves the stunning sound of Maria Taylor’s vocals…we’re talking about top-shelf spectacular y’all.

It’s all about attention to the finest details…and both Electric85 & Maria clearly wanted to get the most out of every moment in this song, which they do.  Again…I maintain…for a slower tune, you’ll be truly surprised at just how engaging and enchanting this song is.  It’s not that slower cuts can’t BE that – of course they can – it’s about the fact that you’ll rarely find’em as well executed from start to finish as this song is, or songs that have all the right pieces like this collaboration displays so perfectly on “Starlight.”

It’s dreamy, it’s beautiful, it’s freakin’ VIBRANT & COLORFUL & BOLD too as it plays on…and in my opinion, I’d have no hesitation tellin’ ya directly that it’s easily one of the best songs I’ve heard from Electric85 to-date without question.  “Starlight” is a flawless gem of a single, that reveals everyone involved in the best of lights…it’s got a genuine classic beauty & grace to it that’s straight-up irresistible.

Find out more about Electric85 from their official website at:  https://electric85.com