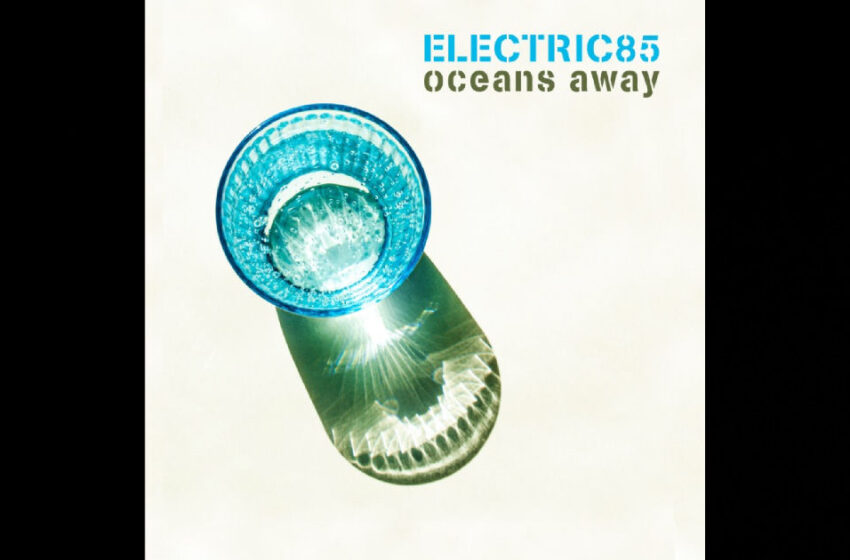 Electric85 – “These Are The Good Times” / “Midnight Cowboy” – Singles Review

Based out of Seattle!  My beloved home away from home away from home!  Let’s check out Electric85 and a couple of songs sliced from the set of their latest record Oceans Away this morning, shall we?  You’ve got the talents of Ian Piña & Kent Worthington at the controls…I don’t know who does what exactly, but I do know that I like what I’m hearing in this duo so far, and certainly recognize their future potential too – there are endless possibilities for a band like Electric85 with the creativity they possess.

The gentle sway that rolls through the sweet sound of “These Are The Good Times” is massively comforting…reminds me a lot of the innocent wisdom & warmth you’d feel in the music of Sparklehorse, though Electric85 will go on to add a bit more spark than you’d find in their tunes at the peak intensity of the melody they’ve created here.  Lyrically, it’s quite interesting really…I’m not gonna lie to ya and say that I can make any specific kind of sense out of’em all, but I like what I see in the words & what I hear – it’s not typical, it all stands out, and there’s uniqueness in the way that Ian & Kent write together, 100%.  For the vast majority of “These Are The Good Times,” the vocals are better than good, they’re great; I think there are a couple of awkward spots in the design of the melody that creep up from time to time, but overall, I’m really not feeling like anything is too worth complaining about here – the positives far, far outweigh any potential negatives that could be found.  I’ll say this for certain – of the two main tracks I’ve got here, “These Are The Good Times” was the cut that convinced me more about the true capabilities & talent residing at the core of Electric85 – they shine pretty darn bright throughout the performance they’ve put into this song, and all-around, it stands out for all the right reasons.  The writing is solid, the sound is great, the instrumentation is superb, and the atmosphere is inviting – for myself personally, that checks a whole lot of boxes that indicate this band is on the right path forward.  In my opinion…there’s a little more room to feature their musicianship and the music aspect of what Electric85 creates – if I had to make a judgment based solely on these two tunes alone, I’d probably be inclined to tell ya that this band is built on people that really wanna sing more than anything else – and with all the capabilities & creativity I can hear in their music, I’m just sayin’ I felt like it deserves a bit more of its moment in the spotlight as well.  That being said, I’ve spun my way through their latest album Oceans Away a few times over this past couple days from start to finish – I know there’s more to’em than that – but they’re also a band that’s still well on the early-side of their career with a lot of road in front of them and lots to consider.  They’ve got magnificent harmonies in this cut when they’re focused right on the heart of the melody, and the boldness of their vocals is certainly an asset when it comes right down to it – there’s no doubt they make an impact from the microphone…a solo or two or some sort of more dedicated instrumental break with this much exquisite sound to offer could still potentially go a long way when it comes to the listeners out there, but I do like what I hear on “These Are The Good Times” overall.  Electric85 clearly has the intention of bringing an artistic dimension to the dynamics of their music, and I’m here for it – with the addition of time & experience, I feel like this duo of talents will have no problem at all going on to wow us all with groundbreaking tunes in their future.

Well now…isn’t that special!?!  Ain’t gonna lie to ya, “Midnight Cowboy” is one of my favorite pieces of music, like…ever.  I am a fan of the Barry original, I am still majorly in love with the Faith No More cover from years later on…and I think there’s a lot of reasons to dig on what Electric85 has put together in their version – the bottom line is that this song is written with such exquisite melody that it’d be really, really tough to get it so wrong that it would theoretically turn anyone off.  I’d readily concede that of the versions I know of, this is the first I’ve heard it with vocals added to it…which in some ways, made it more challenging for me to dig on personally, given that it’s the hauntingly sweet aspect of the music that has always made this song great for me, and that gets a bit buried underneath the voices of Electric85 if I’m being real with ya.  Part of that’s just the design & way it’s mixed, and part of that is simply due to the natural effect of hearing vocals where none had existed before – it gives this band a unique avenue into making a cover of “Midnight Cowboy,” and I’m in full support of that…but yeah, if you’re a long-time fan of the song, it does take a spin or two to adjust to how much of the space you used to know & love in this track is now occupied with something else contributing to the song instead.  In terms of where these guys are at in the timeline of their career though, their version of “Midnight Cowboy” is somewhat of an essential tune in their evolution…or that is, it will likely be looked back upon that way years later down the road.  I know for myself personally – and I’ve written about this in a few reviews on these pages of ours – copping instrumental tunes out there online over the years, and challenging myself as a writer/singer to find a new way in, taught me so much about finding melody & creating melody – and yes, there’s a huge difference between.  In this version they’ve got here, Electric85 uses the main melody of the song essentially pairs the lead-vocals to that existing pattern – don’t get me wrong, in terms of sound, that’s always an effective route to go – it virtually guarantees that what we’re going to hear, presuming we enjoy the music, is going to stay every bit as enjoyable for the most part, as long as you can of course, hold a note or two when singing along.  The disadvantage can be that it comes out a little matchy-matchy, as they say in the ol’ fashion industry…and that’s not necessarily a bad thing, but it is ultimately the indicator that identifies the difference between discovering a melody and creating one.  To me, I hear the creativity of a project like Electric85 and the potential that exists in the innovative & adventurous ways of its main two dudes, and deep down I know they’ve got more to give than what we find on “Midnight Cowboy” in that creative sense…rather than pattern the vocals to be a spot-on fit to what we know in the music, that opportunity exists to add some kind of new melodic value to it that could potentially take the whole evolution of the song even further.

As it stands now, I commend them for the attempt either way – like I said, I think it’s important to their own journey as artists, as a band, as creatives…they’ll learn lots from attempting ideas like this cover tune here…things that will help them with other cover tunes for sure, but truly also their originals, which is what might actually matter most in the long run.  The layering of the vocals adds a unique dimension to it…and in some of them, you’ll find pure gold – others, not quite the tone you’re looking for; the main thing that makes that a bit weirder to experience is that it seems almost impossible to predict when which is gonna pop up on ya.  It’s not like you hit that chorus or verse and always hear that one bizarre note that sticks out – it’s not like that at all…it’s much more unpredictable in that sense.  Music-wise, I think they’re absolutely crushin’ it and giving us a faithful rendition that would be right up there with some of the best of the best without question.  Lyrically, I love it – I’m just never 100% sure I’m sold on the entire performance as a whole when it comes to the vocals, tone-wise or design-wise – but I’d readily admit there are also many moments that seem to enhance this cut’s natural addictiveness even more.  All-in-all…I very much like the risk they’ve taken in adding vocals here – and for the vast majority, I felt like the lead was a spectacular fit…it’s probably the backing vocals & additional layers that tended to complicate things a bit here tonally, and detract a bit from the inherent serenity you’d normally find within “Midnight Cowboy.”  So yeah…a bit of a mix here when it comes to how I felt about the final results of this cover & all…but an important step in their evolution as a band; Electric85 has only been releasing their music since about June 2020…lots of room to grow, but lots of reasons to believe they will, and in exciting directions that push art & music to challenge what we think we know, and create something new they can proudly call their own in the process.  There’s a lot of uniqueness to be found in their talents at the core of Electric85…in my opinion, they’ve got genuinely limitless potential in terms of what they could go on to create from here.  Any band that’s got “Midnight Cowboy” in their catalog is always going to get my time of day – that’s a clear indication of a crew that knows what a quality tune is all about y’all…and its own kind of confirmation that Electric85 both hears & knows what makes music sincerely connect.  The more they tap into that in their own originals as they continue to grow, evolve, and refine their sound & skills even further – the more it’ll come out in the music they’re making for us.

Find out more about Electric85 from their official website at:  https://electric85.com