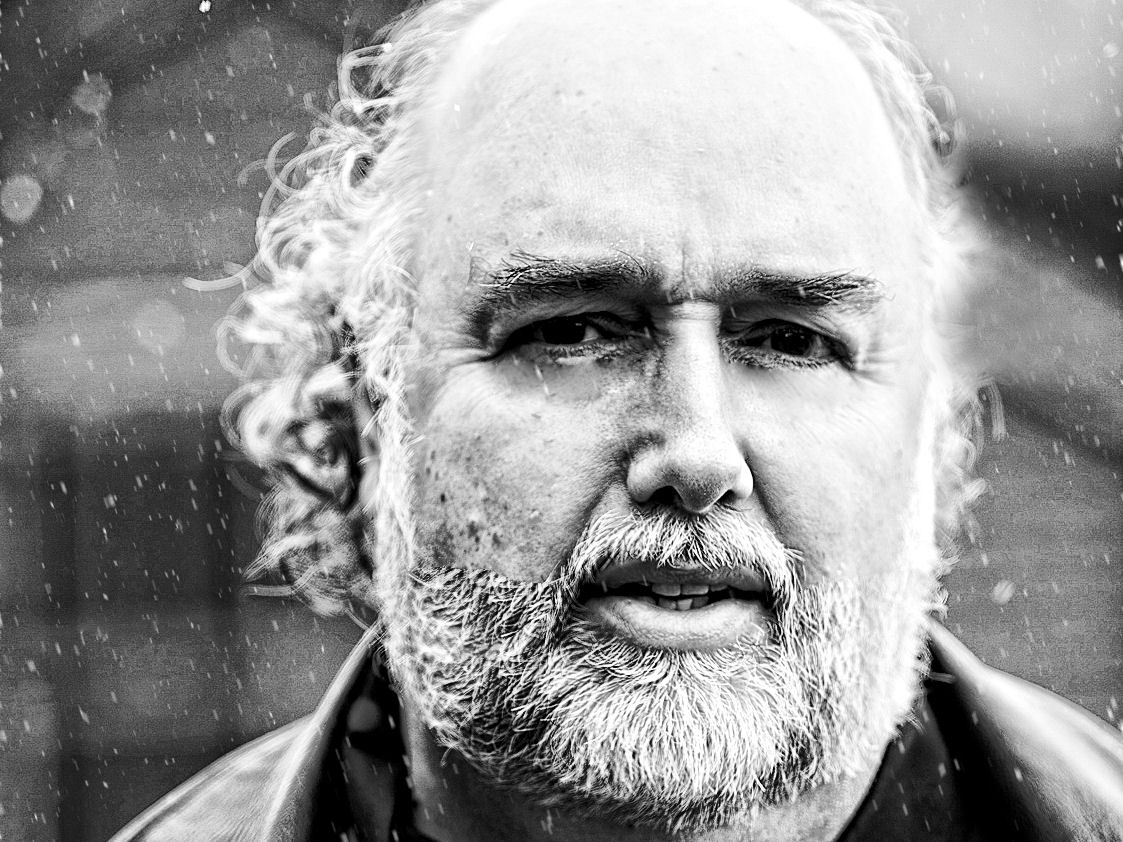 I think what I might like most about Dan McLean Jr.’s music is the bold degree of honesty that comes along with it.  I know I have the advantage of being able to have talked with Dan behind the scenes of the music in a previous interview here at our pages…and a lot of what I know about him now and how he writes his music from a passionate perspective and autobiographical style was a confirmation of what we had heard in the first single we reviewed, “I’ve Seen Love.”

Here in this second single, “Let’s Stop Hurting Each Other,” I found that Dan was able to peel off yet another layer of emotion and find a more generalized & relatable set of lyrics to accompany the music.  Or maybe that’s just my hope…it could be that I’m reading a ton into this and accessing any knowledge I have of psychology & philosophy – but there’s no doubt in my mind that a lot of what he says in this new song has a lot of truth in it that should apply to us all.

While it’s still based inside of a love-story somewhat – Dan has done a great job of making those lyrics accessible to us in other ways as well.  Suppose you just glanced the title for what it is and ONLY retained that – even then, if I was Dan, I’d STILL consider that a victory.  The sentiment implied by the title alone, also echoed throughout the lyrics in the song should make perfect sense to us in today’s modern world – “Let’s Stop Hurting Each Other.”  Why?  Because we never should have started in the first place!

And a lot of what Dan sings throughout “Let’s Stop Hurting Each Other” expresses exactly that.  Most of the intimate relationships that we choose to form with another person – are based in love; that’s no secret.  But what continually remains a mystery in many of our lives is how quickly those relationships can not only sour, but turn entirely to hate where there was love flourishing not all that long ago.  Doing his best to hide any exasperation or frustration of that reality – much of what Dan is alluding to in this song is that there is simply no need for it to ever get to that point.  Experiences are shared, love is shared, TIME is shared and much life has been lived…and whether love ends or not, that all still EXISTED – and those bonds between us are linked through the past, forever.  What on earth would be the point of loving someone with your whole heart and then basically denying that any of that love ever existed or could ever potentially exist again?  The emotions don’t even need to stay-put in the love-zone…but that respect you once had for the person you shared that time with…well…I’m with Dan on this one…there should be no stopping the existence of that.  You might not want to be locked into that relationship for life…and that’s fair to feel like that…but “Let’s Stop Hurting Each Other” on the way out the door!

With guitars that reflect the melancholy & thought-provoking nature of the lyrics – I love the personal struggle that you can hear from Dan in bringing this sentiment to life in song.  From the intensely insightful & honest way that he’s written his words – you almost get the sense of internal-dialogue spilling out from his heart, onto the page and into the microphone.  You can hear the battle he’s personally gone through in order to keep his own cool in matters of the heart – and let’s face it – he’s certainly not alone.  In the lyrics of “Let’s Stop Hurting Each Other” he’ll explain the highs and lows of these situations extremely well and incredibly honestly…you can hear through the storyline that those peaks and valleys of our strongest emotions are bound to get the better of us if we let them…and that it really falls on ourselves personally to rise up and be better than the circumstance wants to allow us to be.

And it’s in that sense that I really appreciate what Dan McLean Jr. has done here on this second tune he’s released…I think that people will certainly understand these words, relate to them…but hopefully, if all goes as it should and music still does what it’s done for me my entire life…well, hopefully people will learn by the example put forth in this song.

I think right around the two-thirty section…right in that bridge there before the beautiful guitar solo…you’ll hear the song bring itself out of that melancholy atmosphere and into something completely inspiring.  The music itself becomes more uplifting and bright, even in what becomes an admission of his toughest moments of self-realization during the middle of this song…and symbolically-speaking, it serves as that ‘lightbulb’ switching on…realizing that sometimes the best resolution is to call it a day and head off in separate directions, but that the exit from love does NOT need to be a nasty one.  I love the emotion that Dan sings with in this song…you can audibly hear that connection to the lyrics and to their intended sentiment.  Right here in its middle, I also think that he’s put in a real highlight moment for himself as well…for a good thirty seconds he sings with tremendous confidence during this moment of self-realization and it absolutely sounds spot-on to the song’s intentions.

With excellent backup vocals filling in the harmonies with him…the chorus continues to rise and build to a fantastic ending on “Let’s Stop Hurting Each Other.”  You can call me crazy…that’s fine; I’m well aware that the song wouldn’t have come to exist through any other means than heartbreak itself – but I’m daring enough to call this song an uplifting and inspirational one.  Comforting.  Something about hearing these words from Dan make a lot of sense to my ears…and it would only ever be my hope that you’d all hear this in that same way.  He’s not hiding a single-second of his emotions and he’s held nothing back here in an extremely personal song that reveals there’s always a path to a better version of ourselves.

Solid all the way through and I thoroughly enjoyed this.  Dan sings it well, the music is played perfectly with a matching atmosphere and as an idea, this whole track snaps together just as smartly as you’d hope a song ever could.  The message is clear – and because of the honesty you’ll find in the emotion in lyrics, nothing sounds like he’s preaching at you even remotely, nothing’s over the top.  He’s laid it out as the experience truly took place and explained all-sides of those emotions with some extraordinarily beautiful words.  Wonderful job on “Let’s Stop Hurting Each Other” – it’s the kind of song I think people should have on repeat until each and every word is absorbed…and then hopefully, adhered to as well.

Find out more about Dan McLean Jr. at his official site here:  http://danmcleanjr.com