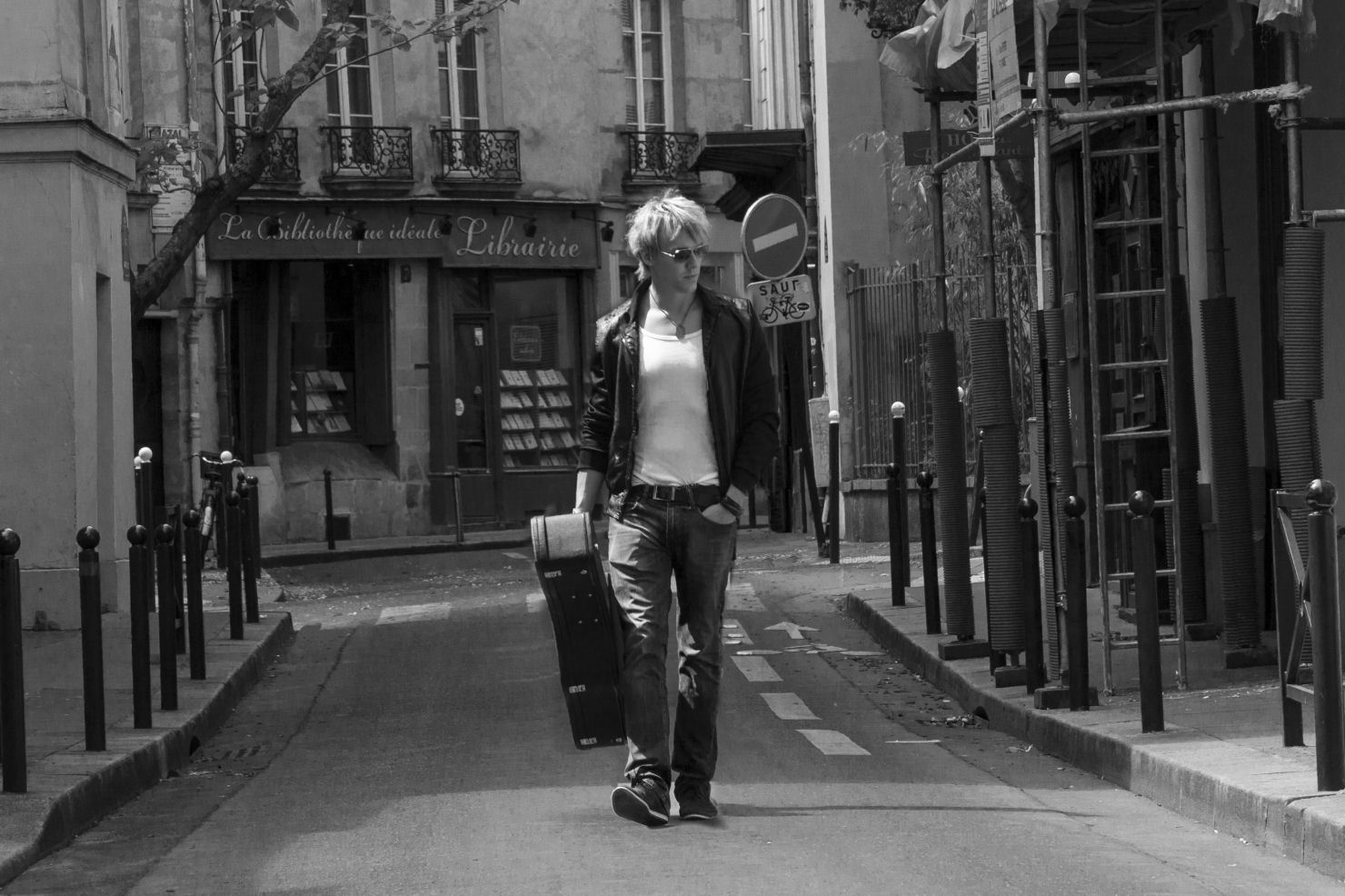 Let’s face it…even a guy like myself that never leaves the music-studio and is basically in a cave when it comes to much of the mainstream these days…you can’t escape a single that was as big as Passenger’s “Let Her Go.” Covers are often a thing we all dismiss as just something that happens…a natural progression to an artist’s catalog…and not many of us think about just how important those decisions are. To be successful…to really make it happen on an interpretation…you’ve got to play to your strengths and give it your own stamp somehow; to be respectful of the original song without becoming a carbon-copy. There are truly only a handful of opportunities to even record original material as an independent artist…and those cover songs are even more rare when it comes to that…you really do have to choose carefully, in my opinion.

But sometimes…if you’re lucky, talented, or simply the ‘right choice’ for it…the song will choose YOU – and I think Christone knows a little bit about what I’m talking about after being asked to cover “Let Her Go.” You’ve seen him reviewed in the past on our pages…but to be truthful, I don’t think we’ve quite heard him like this before. Getting an assist from some spectacular talent on the cello from the U.S.A. and piano-player from Budapest – Christone sang this one from where he’s currently based in Paris for a true worldwide collaboration that returned stunning results through their efforts on “Let Her Go.”

It’s a magnificent performance that definitely captured my imagination, emotions and full-attention. The gorgeous piano starts out the song before Christone jumps into the melody as the cello creeps in slowly, gently…and perfectly. Again…credit to Passenger for writing a killer song with a melody-line that we’d all kill to write once as singer-songwriters…but also, credit to Christone himself for green-lighting this project – it’s completely brought out the best in him. Definitely a style/sound from him that’s much similar to where his music has been heading…that real tight rock-melody with the have-to-sing-along style – I’d be hard pressed to think of a song Christone could have covered that might have somehow come out more perfect than this.

He’s got a great smooth-tone and a great rasp to his voice when he wants to use it – but that’s the key right there…control. Christone displays an extremely focused performance on this cover and really nails the emotion in the song by allowing his voice to break at just the right time. Absolutely one of his best.

As far as the piano & the cello are concerned…they sparkle with generous tone & melody through the entire song. Truthfully…as much as Iike Christone’s vocal-performance personally – I’d also have to admit that the starlight that shines on this track is shared pretty darn equally.  Here’s some info direct from the camp of Jamie Clark the cellist:  “I am a classically trained cellist with 20 Years experience. I studied under Charles Forbes and Roberto Pace at the Settlement Music School, and Eugene Friesen at Berklee College of Music.”  So there you have it.  Everyone is at their best here…the piano is beautiful and takes the reins on the lead with the cello fills in the background with a melancholy but on-point, pensive-tone that when combined with the vocals equals a sum greater than that of their individual parts. It’s about as pure of a split in a collaborative effort as you’ll likely hear – “Let Her Go” is wonderfully revitalised by these three musicians together; powerfully-played with real heart on display right in the front & center of the melody.  Officially released this coming January of 2016 – it’ll be a great way to help start the new year off on all the right notes.

Find out more about him at: http://christone.eu/