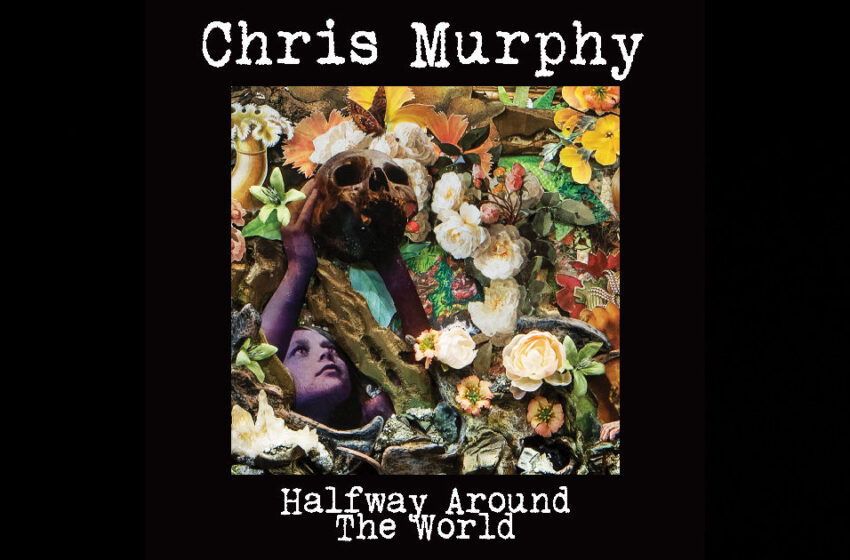 It’s been more than a minute since we last had artist Chris Murphy on our pages here…in fact, the last time was all the way back in 2017 when I was checking out tracks like “Hard Bargain” and “I Swear I’m Going To Learn This Time” – I’ve always liked the spirit in the music this guy makes & his musicianship.  Quality takes time y’all…back in my day I tells ya, it was simply normal to go about three-to-five years between records…and for a guy like Chris that has been woven into the fabric of the music-scene for over twenty-five years himself, believe me, he’s not about to start rushing his creative process now.  The man takes his time, clearly to get the best out of himself & his music…I’ve got nothing but love for that here.  We all get caught up in the hustle & bustle of content creation and trying to please the entire internet on a daily basis when we’re not being too careful…real professionals like Murphy know that there’s a genuine craft to the art of making music that truly demands more attention & care be applied.

For what it’s worth, you can hear that in his latest single called “Halfway Around The World” – the quality we’ve known and loved in this guy’s music from the past is right there on display here in the present yet again.  While Folk-based tunes often face a universal battle in terms of whether or not they push the genre further forward, it’s also a style of music where that’s not nearly the defining factor of why we love it in the first place – if anything, it’s the fact that Folk tends to draw on nostalgic vibes & comfortable sounds that are tried, tested, & true that keep us coming back to it in its many incarnations.  So don’t get me wrong here…I’m not attempting to claim Murphy has done anything severely different in that regard, but as I’ve said so many times here on our pages, that’s not the only purpose behind the art of making music.  It’s more than fair to rock the style you know & love, and do it exactly in the way that you wanna…not every one of us are here to bend entire genres in new directions, nor should we be.  Where he’s really excelled here, is making this track brilliantly all-inclusive, and made this whole experience stand-out by the inclusion of players & talents from all over the map in the video that comes with “Halfway Around The World” to prove it!

Some people, some artists, some bands…they find that place they fit, where they belong, and do what they do exceptionally well – and I’d argue that Chris Murphy is well in-tune with all that.  Dude’s got an impressive skillset & roles that take him from composition to leading his own band – and it’s crystal clear from what you’ll hear in a song like “Halfway Around The World” that he excels in all these aspects.  From the production to the performance, it really doesn’t get much more tight & right than what you’ll find in the spirited way he & his band play this single – it’s got genuinely inspired musicianship & catchy vocals, and the clarity of the sound overall is stunning – “Halfway Around The World” is as warm & inviting to listen to as it is authentically entertaining.  Sure it’s folksy in its design – but to expect anything otherwise would be a little strange wouldn’t it?  That’s the exact genre & place where Murphy’s music should be found.

I think that “Halfway Around The World” gets a lot of mileage out of its inherently sweet demeanor & hopeful sound, and I felt like his vocals played a significant role in achieving the entire sunny-side up vibe to be discovered here.  Steve Wickham’s violin is as sensational, and I think Murphy’s done a great job of incorporating that into a catchy cut that you wouldn’t typically always find a violin in to begin with…between that & what sounds like a flute in the mix accenting the melody as well through the whistle supplied expertly by Gilian Hettinga, you’ll find this all ends up becoming a Pop/Folk tune that’s got a lot more added into it than the majority of the rest do, and country miles ahead of that one dude you know that always likes to pull out his guitar whenever there’s a free moment, you feel me?  The vocal-breakdown that occurs towards the final thirty or forty seconds of this single really makes for a spectacular finale, and brings out the personality in behind the scenes even more towards the spotlight – it’ll be that moment right there where you realize how everything from the background vocals to the music you were hearing just seconds prior all stacks up into a sensationally balanced performance where everyone is bringing their passionate & undeniable A-game to it.  Chris Murphy & his musical cohorts continue to deliver at an all-star level that’s every bit as endearing as it is entertaining within the realm of Folk, and this lead-single from the upcoming album Sovereign definitely sounds like an enticing gateway into his new record.

Find out more about Chris Murphy from his official website at:  http://chrismurphymusic.com