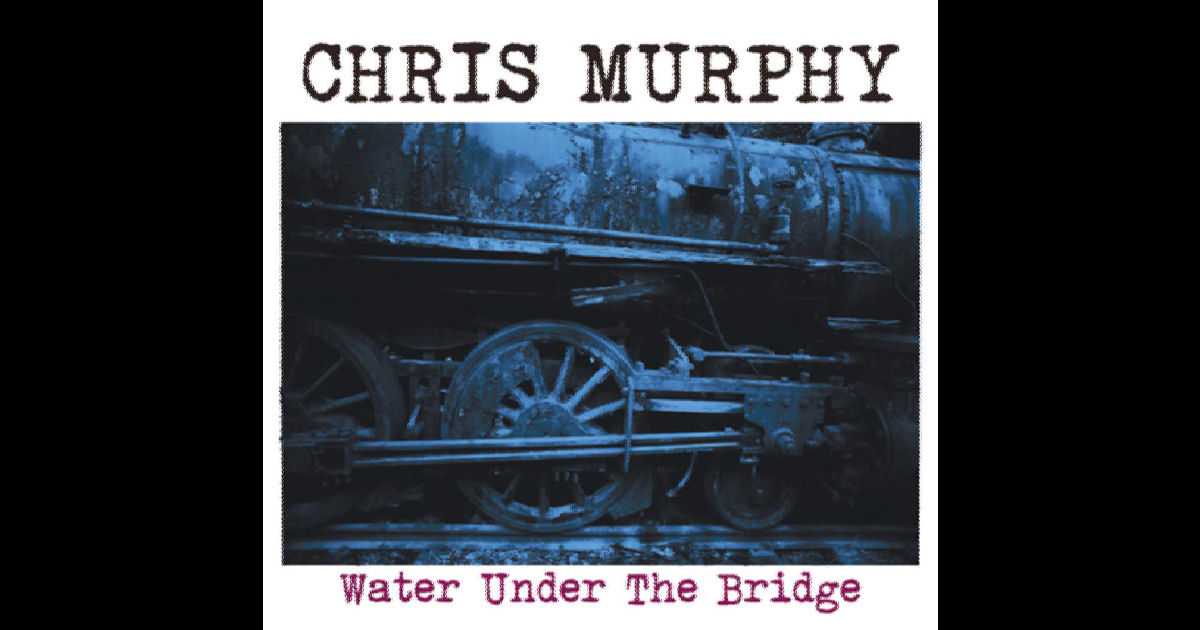 Last time we checked into the music of Chris Murphy was through his single “Hard Bargain” in the middle of summer this year, which had a completely different energy, style and sound compared to his latest track, “I Swear I’m Going To Learn This Time.”  What stayed consistent was the quality in the performance, writing and caliber of the hooks – and he’s added plenty of personality, sweetness and charm into this new single that it’s bound to appeal to his existing fans as he expands his sound even further.  All I personally knew of Chris Murphy’s music was the “Hard Bargain” single – so to hear him in a more gentle, melodic and tender moment like you get on “I Swear I’m Going To Learn This Time” wasn’t exactly what I was expecting…but I was quite happy with the results of what I found.

It’s strange to review in the sense that, at the end of the day, I know it’s an uphill battle for a song like this to get heard…but at the same time, Chris is working with a really timeless sound on “I Swear I’m Going To Learn This Time,” that transcends the date on the calendar and possesses a sweetness that is always sought out.  So it’s bizarre to think that, in a sense, you have to fight for anyone to hear such a tender melody out there on the airwaves today, because this kind of invitational style is something we generally all seek out at key times in our lives; yet from the way it sounds, I’d imagine everyone would hear this tune at some point over time – you follow me?  It’s perhaps the kind of song you’ll most likely stumble upon at (ahem) reliable music hot-spots online, but it’s also likely to be a tune you’ll remember.

The gentle sway & melody in the vocal-flow of the verse almost sounds like a version of “Last Kiss” for a moment…but you know…like, if things had ended up slightly better storyline-wise.  It’s innocent enough to get a pass; overall it’s pretty damn tough to not fall in love with such a sweet & humble song like “I Swear I’m Going To Learn This Time.”  It helps that everything you’ll hear in this song absolutely sparkles in the mix and gets its own turn in the spotlight.  The smooth & warm sound to the vocals are likely to be what pulls you in first, or you might notice his signature violin playing adding brilliant accents & extra charm into the flow of the music…or maybe it’s the piano, bass, guitars…everything here sounds fantastic.  The chorus serves the song well to twist the writing closer to something Chris can completely call his own…from the ideas to the execution of it all…it’s almost like indie-folk/jazz at times – is that a thing yet?  Murphy might very well be onto something.  It’s like the professionalism you’d expect from ace studio-musicians combined with a very earnest, humble & sincere approach to the lyricism and sound like you’d more likely expect to find in indie music.  Add in the pop-sensibilities in the vocals of the song’s main hooks and you’ve got a recipe for a song that really stands out amongst the rest of what’s out there.  The instrumentation and solos that take place in the middle of this song might have impressed me even more than the vocals did…I mean…it’s a real up-close & intimate moment where each instrument passes on the spotlight to one another and it all sounds like you’re sitting right there next to them while they’re being played.  Everything sounds so crystal clear, so smooth & so dreamy…that upright-bass can’t be mistaken for anything else…it’s that kind of clarity that leads to a genuine experience that takes you right into the atmosphere in the music and get right into the song.

So…short of looking for a gangsta-rap song and pushing play on “I Swear I’m Going To Learn This Time” by mistake, I’d assume most people are going to enjoy what they’ve heard on Chris Murphy’s new song.  I know I did.  It’s not the kind of song that throws audible-elbows to make room for itself out there – this is the kind of music that needs that extra support from the people out there that truly love a sound like this, of which there are certainly many.  He’s got himself a really gentle & sweet tune that is insightfully self-reflective and unafraid to reveal the personal, all in a way that sincerely connects to our hearts & to our ears.  I dig it – “I Swear I’m Going To Learn This Time” is a great track that delivers in all areas of its performance & sound…and it’s definitely worth joining in on the battle to get this tender tune heard.

You can find the new Chris Murphy single “I Swear I’m Going To Learn This Time” on his new album Water Under The Bridge.  Find out more about him at his official site at:  http://chrismurphymusic.com/