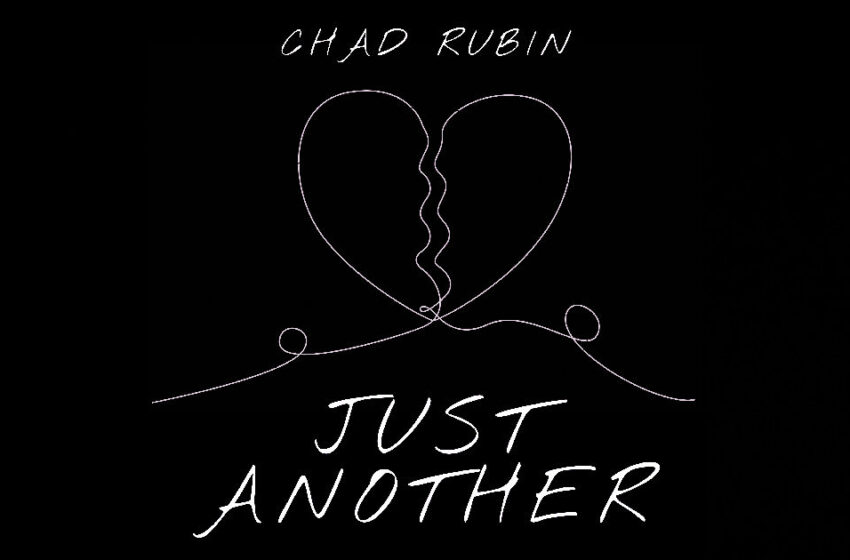 This dude’s been plenty busy in his absence from our pages here!

We caught up with artist Chad Rubin back in 2017 in checking out his single “Alone AF” – and even then, we were technically late jumpin’ onto the bandwagon – I ended up reviewing his record Brighter Days, which had been out for a full year by that point.  In between here and there…depending on which site of Chad’s you end up on – you’ll see he’s been highly active the entire time – tons of singles released, in addition to a couple of EPs released too.  One that includes a handful of covers as well!  It’s Chad Rubin – so I’d expect it’ll be good – but yeah…I still shake my head when I see people out there giving Marcy Playground any more love for “Sex And Candy” – it’s already had much more than that song deserved…

Anyhow.  You get the idea – there’s much more music by Chad Rubin out there than you’ll find on our pages here – he’s never taken a year off since he locked into his career around 2016 with the release of Brighter Days – y’all know I dig that work ethic.  I might have a harder time tagging these new tunes to an identifiable sound we’d all know & recognize immediately as Chad…but I do like what I hear once again.  “You’ll Find You” was released a bit prior to his latest single called “Just Another” – he’s also got another couple cuts released out there from this year called “Not Country” & “Body Language” you can check out online as well.  Rubin does what he does extremely well – I’m stoked the man’s still out there.

Because “when you do what you gotta do, you’ll find you” – just like the guy will tell ya.  As I’m sure I would have pointed out in my previous reviews – Chad was born to make music – it comes extremely natural to him.  How do I know that without knowing the dude personally, you ask?  Good question!  And one easily answered by having a listen to a song like “You’ll Find You” – the inherent smoothness & fluidity he brings to his material generally only comes from being well rehearsed and having that organic knack for stellar songwriting.  I have concerns with the whole identity thing…I do think it’s gotta be tougher for an artist with Rubin’s sound & style to stand out as they should, uniquely, without being confused for something else or another band/artist that’s out there in the scene right now.  Aside from that – I’d tell ya there’s nothing but green lights ahead of the man once again – “You’ll Find You” sounds fantastic, and so does “Just Another” – tunes definitely worth turning up – I just wanna make sure that he’s gettin’ the credit he deserves.  He makes this whole music thing SEEM easy because Chad really has been destined for the spotlight from day one, and it’s something you can ALWAYS hear – there’s not a doubt in my mind about what the reaction from the public would be towards a tune like “You’ll Find You” – it’s catchy as it gets, and Rubin has just as much insatiably addictive energy as he does spectacular tone in his voice; people will dig all of this & rightfully so.  He writes very cleverly and fully understands what makes a hook work to his advantage – and as a result, he’s not one of those ‘get to the chorus’ types – in fact, I think there’s just as much of an argument to be made that either the verses or the bridge of a song like “You’ll Find You” stands out just as much as the main hooks are intended to.  For the most part, you’ll feel that radiant melodic bounce & find the kind of vocalizations & melody you’d expect to find in something like Maroon 5…which from what I can tell, comes directly from their influence on Chad as a fan of the band.  He’s got a different approach on the mic than Levine, but one that certainly works brilliantly for him – it’s more of a comment on the music overall…the structure, the sound, the overall design…that kinda thing.  “You’ll Find You” would be one of those songs you’d have to actively rebel against to not enjoy it – otherwise, I’d say it’s a fair assumption that what we’re hearing in this single is likely to appeal to us all on a universal level.  What I really liked beyond all of what I’d generally assume we all would in the verses & chorus hooks – is what the man creates inside of the bridge on “You’ll Find You.”  First of all – props for even HAVING a bridge, as we all know that’s a dying part inside of modern day music – but those of us like myself that have been around for…hmm…a while, let’s put it that way and ignore the grey in my beard today…we appreciate the extra details like this.  Plus, I felt like Chad reveals a whole different gear in that moment just prior to the second minute – it’s like he slides right into the stylistic vocals you’d find in a band like Alt-J for a couple bars; and not only does this moment add more dimension to the song, he sounds genuinely inspired in that spot as well.  All-in-all though, y’ain’t gonna find me complaining about a song like “You’ll Find You” – the execution is there, the performance is flawless, Chad sounds fantastic, and the music does too.  Hard to resist hooks like he’s put into this single…and I don’t feel inclined to try and do that whatsoever – once again, I’d imagine that’ll be the common denominator between us all – we all like or love this tune, don’t we?

I actually feel like there’s just a hint of the Alt-J influence on “Just Another” too if I’m being real with ya – just enough of a stylistic twist in the tone & inflections of the way Chad sings that would have me being real surprised to find out he’s not a fan – I’d have to wager a guess that he is based on all that I’ve heard.  It’s not the dominant trait, but it’s in there.  Anyhow – you can infer that Rubin sings with real soul & style – that’s essentially what I’m getting at – overall, Chad’s music is decisively flashier and leans much more towards Pop by comparison.  Examining the chasm between love for a lifetime and love for a night – “Just Another” digs into that moment in life where we realize we might just be another number or a another notch on someone’s bedpost out there.  And of course, that comes along with wondering what’s more important to us, both long-term, and certainly within the moment itself…those two things don’t always coincide y’all, and those of you that have been there, definitely know it.  We can get caught up if we’re not too careful – “once in a while she’ll be mine” as Chad will detail for ya, and chances are, many of you out there listening have been on one side of that fence or the other yourselves.  You’d have to assume by the chorus hooks, with Rubin singing “I’m over you,” that being “Just Another” ain’t gonna quite cut it for him when it comes to the satisfaction he’s ultimately seeking out.  He’s lookin’ for a little more than a part-timer, you feel me?  No joke though – if you haven’t had YOUR moment yet, be ready for it, because I’d imagine it comes for us all.  I literally ran into someone on social media just last night that I would have qualified as “Just Another” for myself – I didn’t know that at the time, but of course, in retrospect, over the years that follow, you know full-well when you really meant something to someone, versus when you meant something for a moment.  That doesn’t mean you can’t have a little FUN in the process…it might not make it any less confusing as it’s all happening, which Chad will relay to ya through his words on this new single of his…the push/pull of our wants, needs, desires, and passions can lead us down some pretty crazy paths…and more often than not, even if we know it’s not gonna be the right thing in the long run, we explore’em anyway like they’re gonna be the road that leads straight to home.  “Trying to find myself some love in the worst, worst ways…make the most of nights til they turn to days” – c’mon y’all…don’t play, don’t pretend – more than half of you have been exactly where Chad is at on “Just Another” and know exactly what he’s singing about.  You could look at it several ways overall, and I think a bit of interpretive value in that regard is always a great thing – you could listen to “Just Another” and verifiably come out feeling like it’s a song about self-love and knowing your worth too, and that’d be equally fair to say.  What I can guarantee ya, no matter what you might conclude “Just Another” is all about, or how much you may or may not relate to what Chad’s singing about (you will…most of ya…), is that you will find this single to be every bit as catchy and dynamic as you know this man to be.  Rubin knows where his bread & butter is as an artist and has a fantastic grip on what works for him as an artist – he remains as consistent as he’s ever with his new material, and every bit as addictive as he always is.