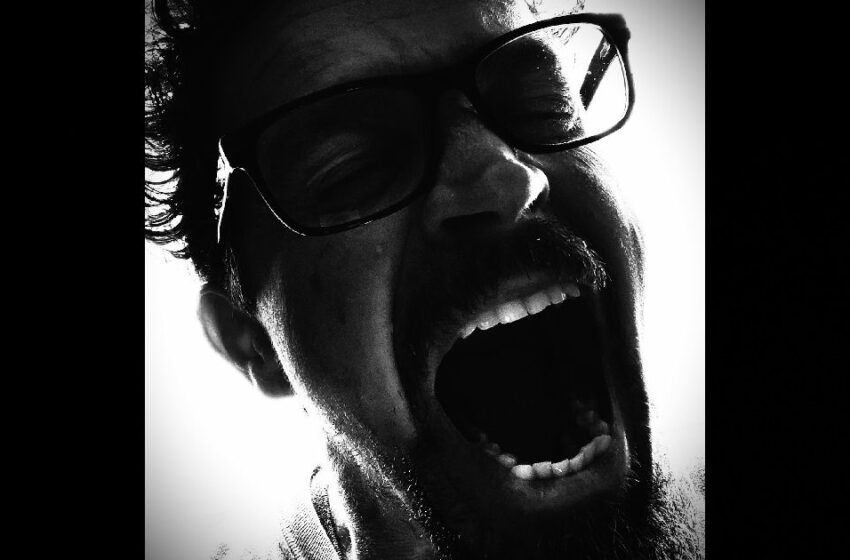 Somewhere in the realm of Americana/Folk/Bluegrass…you’ll find this dude thriving pretty damn hard when it comes right down to it – Cary Shields does what he does real well.  I’m honestly trying to decide between what the MOST impressive element of a single like “Run Rabbit” is – and it’s nice to feel like I’m spoiled for choice as to what to choose, know what I mean?  I think the man’s got a great singing voice…I think the lyrics work really well…I think the backing vocals that show up are remarkable…and ultimately, I think I’m gonna have to give the top prize to the musicianship on “Run Rabbit” overall – because it’s genuinely mesmerizing.  You see what I’m talking about?  There’s a wealth of riches in the music being made by Shields…and hopefully, that’ll lead him to a nice pot of gold out there in this world somewhere.

For myself personally, he’s beating the odds here big-time.  Not only is he rocking in genres that I largely steer fairly clear of when possible, he’s also basically writing about a theme that I’ve already had more than enough of in doing what I do.  So to think that I not only like this tune, but love it…is actually quite something.  Cary’s a gifted talent that any set of functional ears would recognize as such – and I’ve had nothing but a great time listening to the personality & instrumentation sparkle & shine on this shiny new single of his.  Somehow…and I’m still perplexed about how he’s done this exactly, but SOMEHOW, Cary’s managed to make the most mundane details of the pandemic era brilliantly entertaining.  How that is even POSSIBLE, I do not know – but there’s not a doubt in my mind that every one of you would agree with me on this as a verifiable fact – “Run Rabbit” is as authentically fun as it is truthfully insightful.  It’s the kind of cut you’ll fully be into for the melody & musicianship long before you even realize just how smart it is…Cary Shields you sneaky lil’ devil you…this whole single creeps up on ya in all the right ways.  Soon enough though, you’ll realize that for as playful as it sounds, it’s got a whole lot of serious points to be made, and valid ones at that – and the entire time, Cary’s kept ya completely engaged without once feelin’ like he’s preachin’ atcha.  Well…minus the gospel tinge that the backup vocals tends to add into the mix of course, but you get what I mean – he’s making observations, without judgments, in this song.

Every time I get a clear glimpse of the guitar playin’ in this tune, I’m completely astounded by it if I’m being real with ya…like I said from the get-go, the instrumentation in this song is spectacular.  Considering how much I LOVE the personality & melody that the vocals have in “Run Rabbit” from the lead to the background, I would have assumed nothing would have been able to catch my attention any more than what’s happening on the microphone…but the instrumentation in this cut is simply a cut above the rest.  Even the bass-lines…which I’ll readily admit, are essentially the most meat & potatoes design you’re gonna hear this year in any tune you listen to…I mean…THOSE still manage to be majorly impressive through the passion they’re all played with.  Plus…like…you’ve gotta give the bass a little bit of credit for holding the fort so stoically too – it’s absolutely what gives every other element of this song the ability to roam around, have some fun with the loose groove at work here, and really stand out as it all does.  Vocally…I gotta say Cary…you’re rockin’ my world dude – from the low-end to the high stuff, and all the shoutin’ in between…this whole song is a smorgasbord of stuff to love.  Melody-wise, it’s all perfectly on-point…the tone is fantastic – and in ANY other song, that’d already make it straight aces to listen to – but Shields has taken it that one perfect extra step further with the backing vocals added in.  It’s almost like they’re laughing so that they’re not crying about all the details you hear along the way – the madness of it all is communicated crystal clearly…and there’s real perspective you’ll truly appreciate in the way the lyricism works its magic on ya.  The rhythm is there, the hooks are everywhere – the style, swagger, and charm is there in equal abundance…and if there’s a reason not to dig this single, I’m afraid that I’m just not hearing it folks.  Cary Shields has got a hell of a jam on his hands here with “Run Rabbit” and a song that’s bound to impress the people out there for a wild variety of reasons they won’t be able to get enough of.  I know I couldn’t – I’ve worn grooves into my digital copy of this tune, and proudly.

Find out more about Cary Shields at his official website at:  https://caryshieldsmusic.com